US soul music continued to thrive in the UK charts in 1966 leading local bands to add songs by James Brown, Otis Redding and Wilson Pickett to their set lists. Bands with a saxophone or a brass section, such as the Gas Board and Gregg Burman Soul Band fared particularly well covering soul material.

More US records were appearing in the UK charts prompting the New Musical Express to announce that the ‘British Beat Boom’ of the previous four years was over. Successful British bands in 1966 were The Kinks, Small faces, Manfred Mann, The Rolling Stones and the Beatles.

In 1966 Newcastle bands the Sect and the Elcort were playing at the best venues in the north east. Both of these bands strived to release a record that year. The Elcort’s attempt with their single ‘Tammy’ was the more successful of the two. 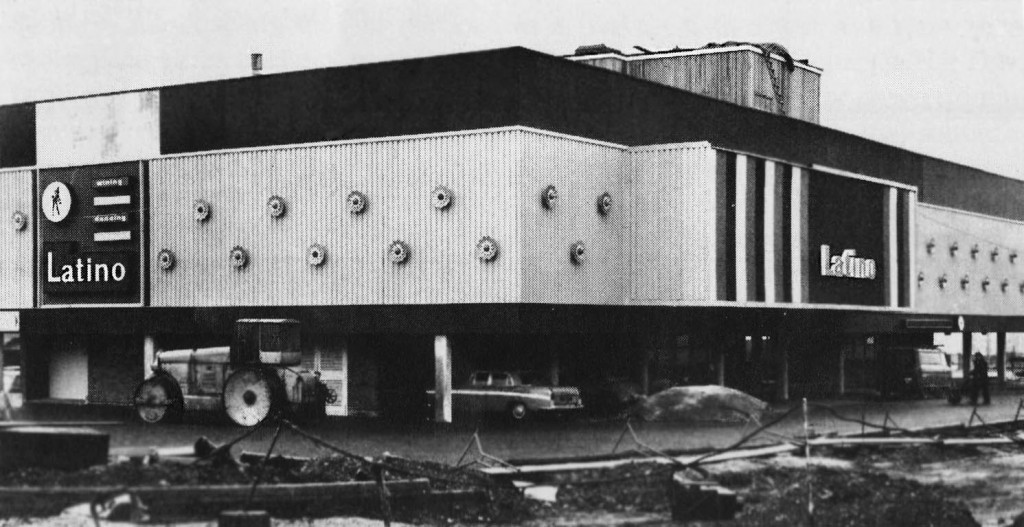 Sunderland’s Locarno and Top Rank ballrooms are both granted full pub licenses for the first time. (Prior to this they had to apply for alcohol licenses for specific events.)

The Animals end their association with Mickey Most and switch record labels from Columbia to Decca (and MGM for the USA).Manfred Mann vocalist, Paul Jones is injured in a car accident following a gig at Hull University. Several shows are cancelled but Eric Burdon from the Animals stands in for him for a gig at London’s Marquee Club.

The owner of Liverpool’s Cavern Club, Ray McFall is declared bankrupt. The Cavern gained national fame in the early sixties through the Beatles who played there regularly both as the Beatles and the Quarrymen prior to becoming famous. Despite the Cavern Club’s success it is not a financially secure business and is forced to close due to Mcfall’s financial situation. The closure comes as a real shock but it quickly attracted two new investors who set about developing and improving the club. 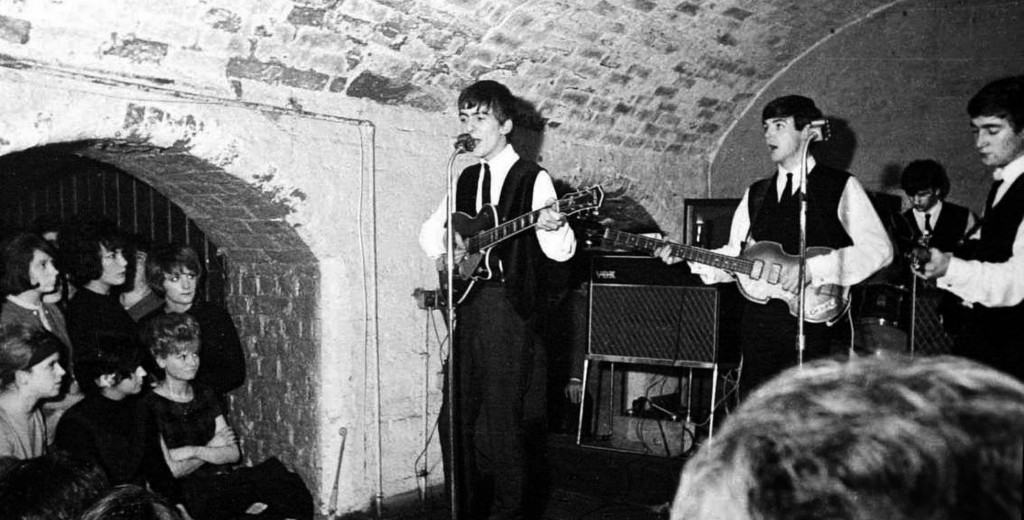 The Beatles at Liverpool’s Cavern Club

The Animals appear for the fifth time on on the Ed Sullivan Show and perform ‘We Gotta Get Out Of This Place’.

Arthur Brown, who is to later rise to prominence with his ‘Crazy World’, disbands his band ‘Union’ and forms the ‘Arthur Brown Set’ in order to fulfill a residency at the Moulin Rouge, ParisThe Rolling Stones tour Australia and New Zealand.

‘The Beatles at Shea Stadium’, a fifty-minute-long documentary of the Beatles’ concert at Shea Stadium in New York on 15th August 1965 is shown on BBC TV on 1st March. The documentary captures not only the concert, the attendance of which was 55,600, the largest Beatles concert up to that time, but also the events leading up to the concert, including the Beatles’ helicopter ride from Manhattan to Flushing Meadows, their preparation in the Shea Stadium dressing room, which was the visiting baseball team’s locker room. 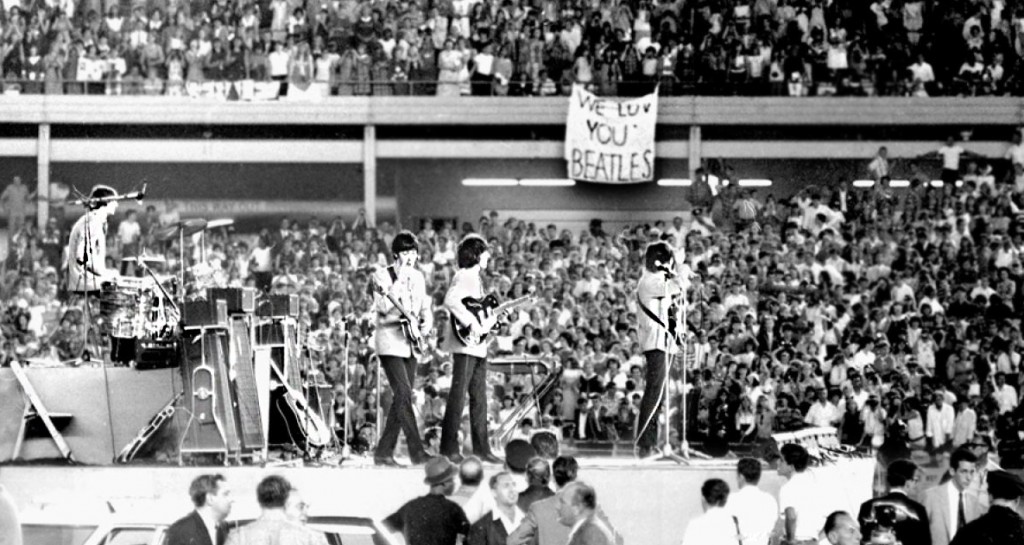 The Beatles performing at Shea Stadium

John Lennon is interviewed by journalist Maureen Cleave for article about the Beatles’ lifestyles. When the article appears in the Evening Standard, Lennon is quoted as saying that Christianity is in decline and more controversially – “We’re more popular than Jesus now”. The remark arouses no outrage in the UK but when the article is reproduced in the teenage magazine ‘Dateline’ five months later in the USA, mass protest against the Beatles break out which adversely affect the band’s third US American tour.

On 5th March Kenneth McKellar sings the British entry for the Eurovision Song Contest – ‘A Man Without Love’. It finishes ninth.

Drummer John Steel quits The Animals and is replaced by Barry Jenkins.

The Musician’s Union bans its members from miming on TV with effect from 31st March, affecting popular programmes such as BBC’s ‘Top Of The Pop’.Several weeks later a compromise was reached whereby a specially recorded backing track was permitted – as long as all the musicians on the track were present in the studio.

Rod Stewart leaves the r&b band ‘Steampacket’, formed by Long John Baldry a year earlier. The band, which features Rod Stewart and Julie Driscoll on vocals and Brian Auger on organ splits up shortly after. 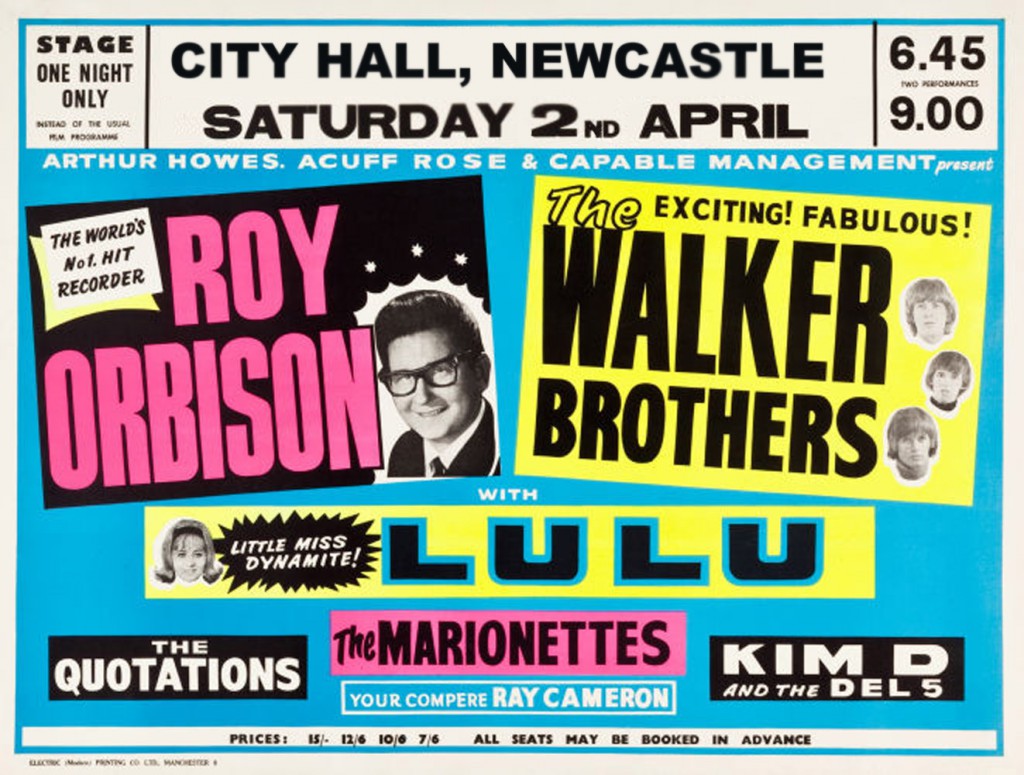 The Beatles begin recording their seventh studio album – “Revolver”, which will feature songs such as; Eleanor Rigby, Taxman, Yellow Submarine, Here There And Everywhere and Godd Day Sunshine. The album will be released later in the year in August.

13th May – The Rolling Stones release ‘Paint It Black’.

The Animals appear in an episode of BBC TV’s ‘A Whole Scene Going’ hosted by Barry Fantoni and Wendy Varnals. Later in the month they appear on ITV’s ‘Ready, Steady, Go!’

Building on the success of their singles in the US and riding high on the back of the British Invasion, Van Morrison’s Them undertook a two month tour of the States that included a residency at the Whiskey A’Gogo, Los Angeles from 30th may to 18th June. 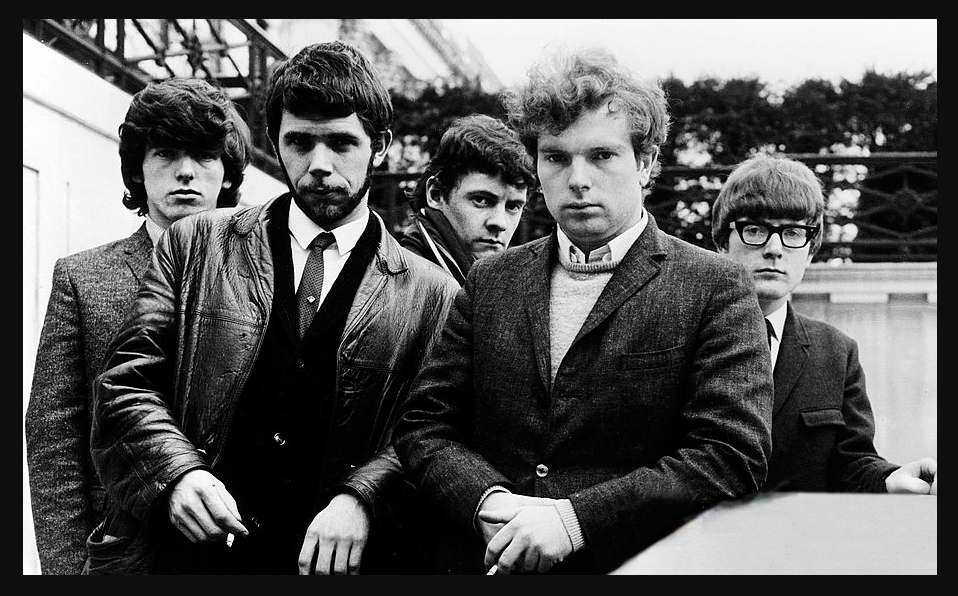 Them with Van Morrison

The Small faces self titled album is released.

American singer Bob Dylan backed by The Hawks (later The Band) perform at the Free Trade Hall, Manchester. Dylan is booed by the audience due his decision to tour with and electric band. The boos culminate in the famous “Judas” shout. 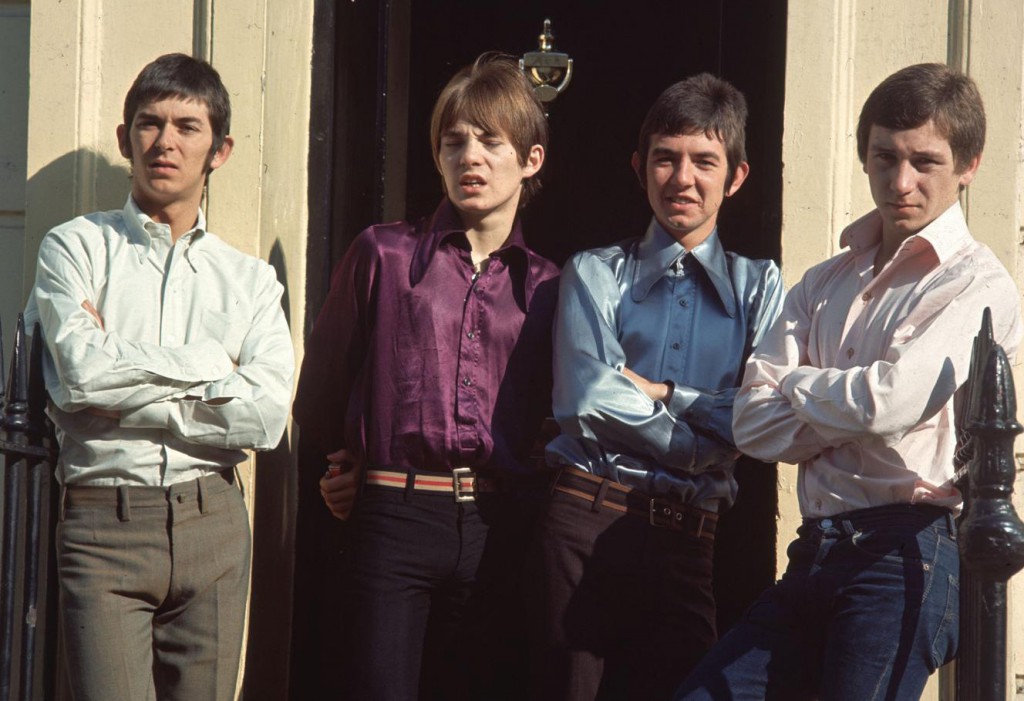 Jack Bruce announces that he will be joining a new instrumental trio called The Cream. 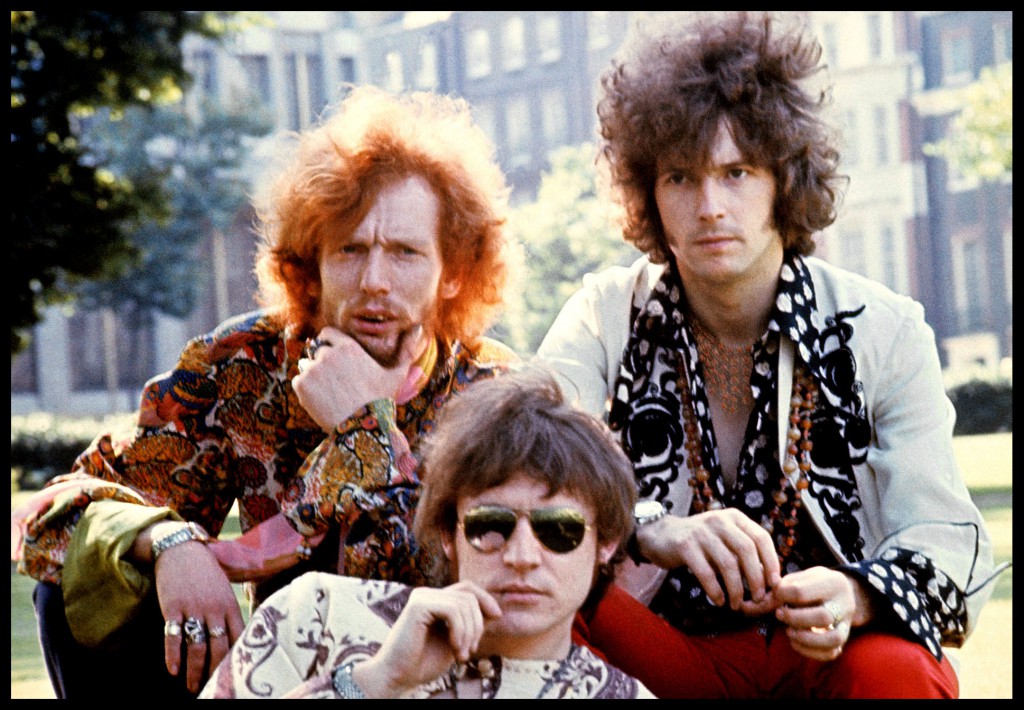 The British Prime Minister Harold Wilson officially reopens Liverpool’s Cavern Club which has been overhauled and extended to include a new entrance, a souvenier shop, a boutique and a ground floor coffee lounge and eatery, whilst retaining its original basement vaults and atmosphere. Top of the bill on the opening night are American soul stars Rufus Thomas and Soloman Burke.

The Beatles become the first band to perform at the Nippon Budoka Hall in Tokyo, a venue normally associated with martial arts. Local citizens protest, saying that it was inappropriate for a rock and roll band to play there. 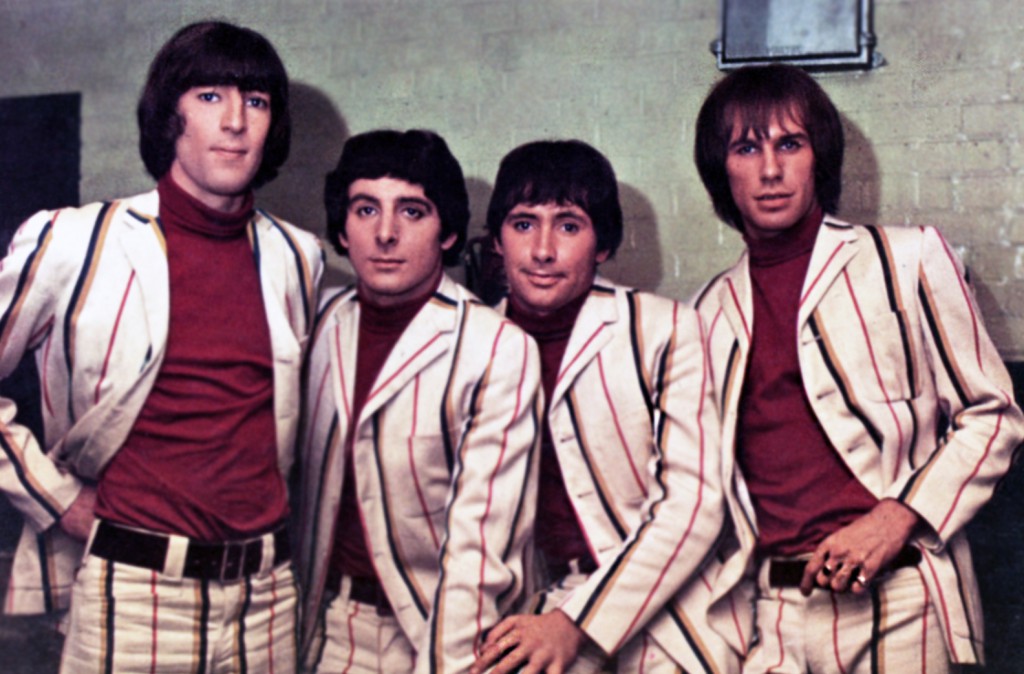 On 11th August John Lennon holds a press conference in Chicago to apologise for his remarks the previous March about Jesus. He said “I suppose if I had said television was more popular than Jesus, I would have gotten away with it. I’m sorry O opened my mouth. I’m not antiGod, anti-Christ or anti-religion. I was not knocking it. I was not saying we were greater or better.”

The Beatles play their final concert at Candlestick Park, San Francisco. Their US tour is overshadowed by the controversy surrounding John Lennon’s remarks earlier in the year comparing The Beatles’ popularity to Jesus. He is forced to issue an apology.

Disagreements between Eric Burdon and the other members of The Animals causes the band to split.

Jimi Hendrix arrives in England on the 24th accompanied by his new manager, ex-Animals bassist Chas Chandler, who first saw Hendrix (as Jimmy James & the Blue Flames) at Greenwich Village’s ‘Café Wha?’ on July 4th. Hendrix signed a management contract with Chandler and Mike Jeffery. Hendrix, along with Chandler held auditions for band members at the Birdland in London on the 29th. Noel Redding (ex-Loving Kind) subsequently joins as bass guitarist. Jimi’s band is to be named the Jimi Hendrix Experience. 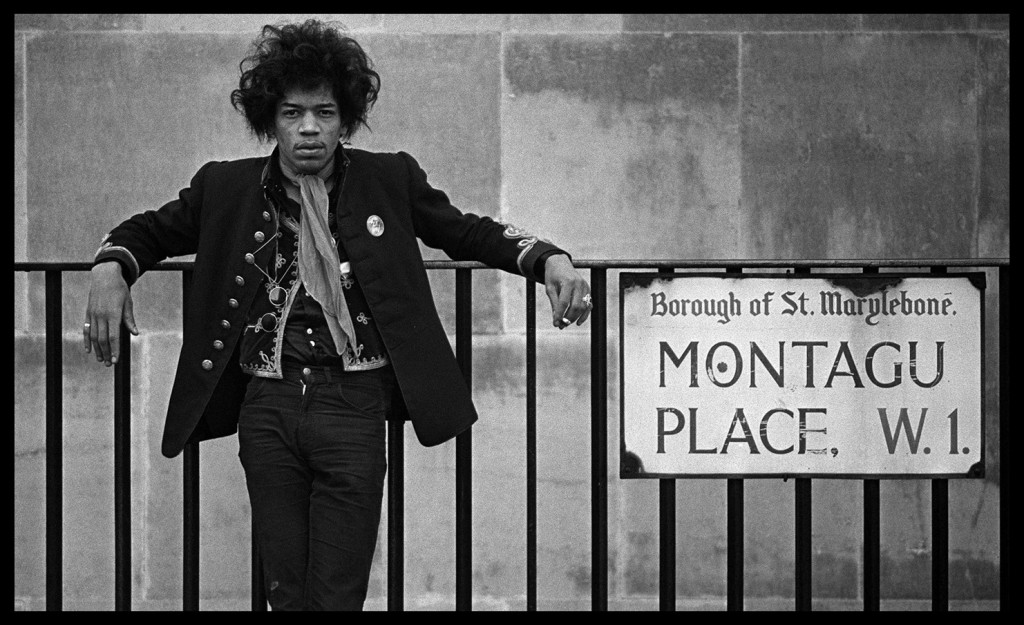 John Lennon meets Yoko Ono for the first time, at the Indica Gallery in London. Lennon was intrigued by Ono’s ‘Hammer A Nail’ – patrons hammered a nail into a wooden board, creating the art piece. Although the exhibition had not yet opened, Lennon wanted to hammer a nail into the clean board, but Ono stopped him. Dunbar asked her, “Don’t you know who this is? He’s a millionaire! He might buy it.” Ono had supposedly not heard of the Beatles but relented on condition that Lennon pay her five shillings to which Lennon replied, “I’ll give you an imaginary five shillings and hammer an imaginary nail in.” An alternative version of how John Lennon and Yoko Ono first met is given by Paul McCartney: In late 1965, Ono was in London compiling original musical scores for a book John Cage was working on, ‘Notations’. McCartney declined to give her any of his own manuscripts, but suggested that Lennon might oblige. Lennon did, giving Ono the original handwritten lyrics to ‘The Word’. 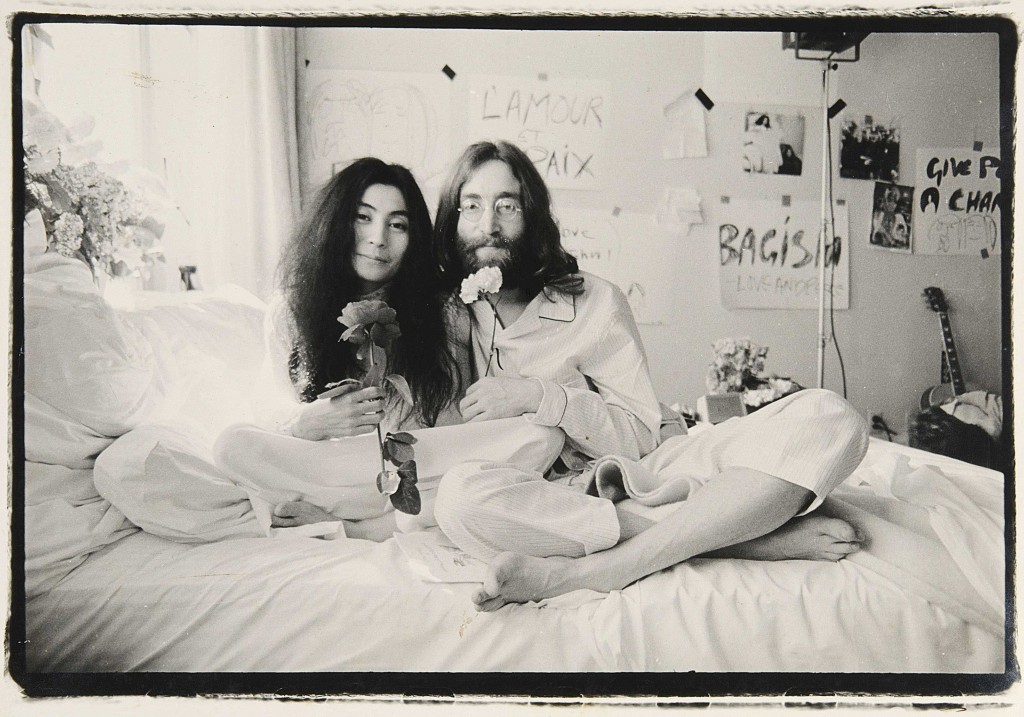 The Yardbirds film their contribution to the movie “Blow-Up” at Elstree Studios. The group are shown performing ‘Stroll On’ which culminates in Jeff Beck smashing his guitar. Following this the group embark on a strenuous U.S tour starting on the 19th. However Beck quits after 2 gigs, claiming illness. The group carry on as a 4-piece with Jimmy Page the sole lead guitarist.

Mitch Mitchell (ex-Georgie Fame & the Blue Flames) joins the Jimi Hendrix Experience on drums.In mid-October 1966, Chas Chandler arranges an engagement for the Jimi Hendrix Experience as Johnny Hallyday’s supporting act during a brief tour of France. Their enthusiastically received 15-minute performance at the Olympia theatre in Paris on October 18th marks the earliest known recording of the band. In late October, Kit Lambert and Chris Stamp, managers of the Who, signed the Experience to their newly formed label, Track Records, which released the Experience’s first single on 23rd October. “Hey Joe”, which included a female chorus provided by the Breakaways, was backed by Hendrix’s first songwriting effort, ‘Stone Free’.

Eric Burdon appears in an episode of the ITV television programme ‘Ready, Steady, Go!’ along with the Rolling Stones and Paul & Barry Ryan.The Moody Blues, who have been recording and performing as a band since 1964 after bassist Clint Warwick left followed by his brief replacement, Rod Clark. 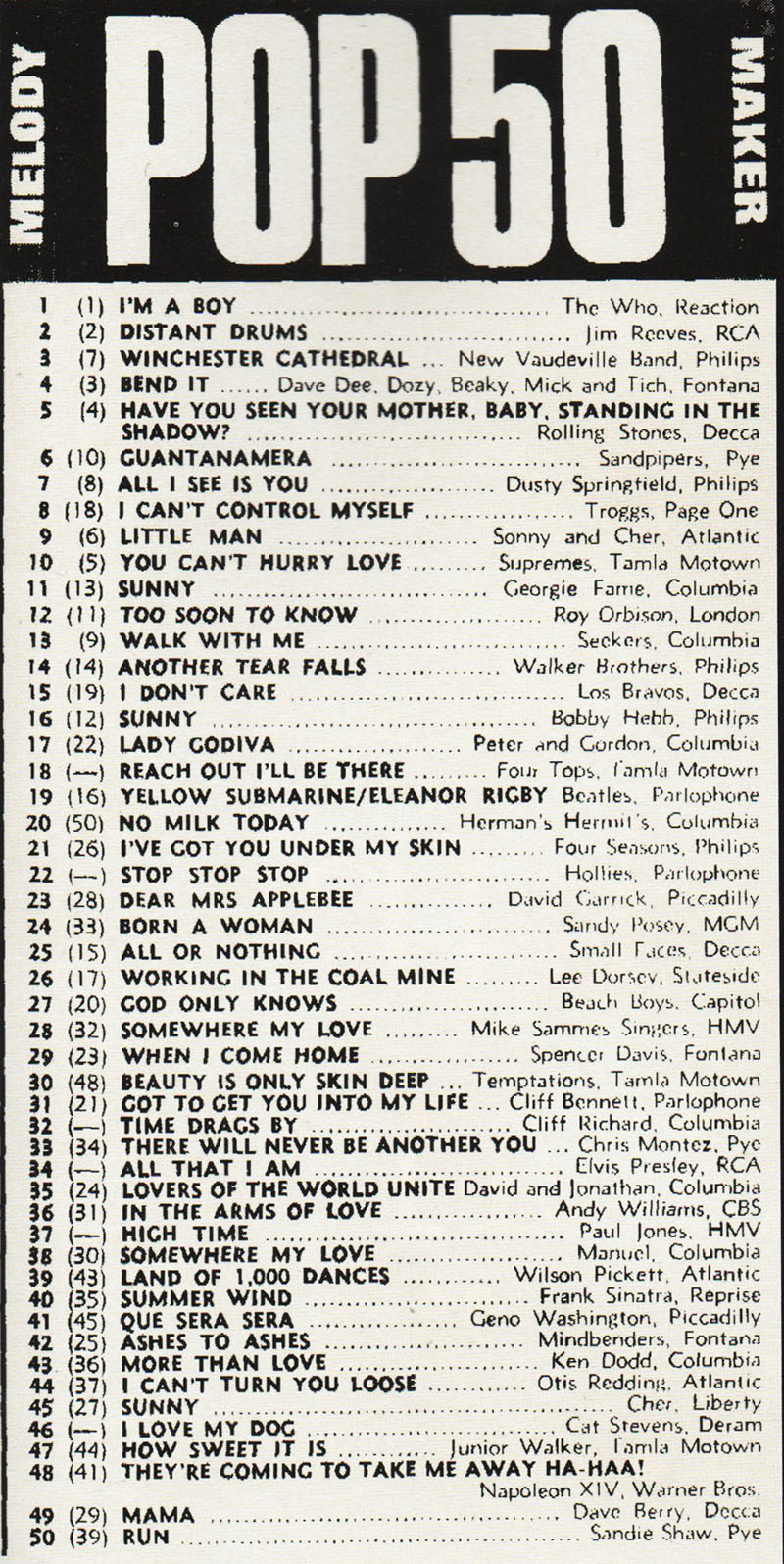 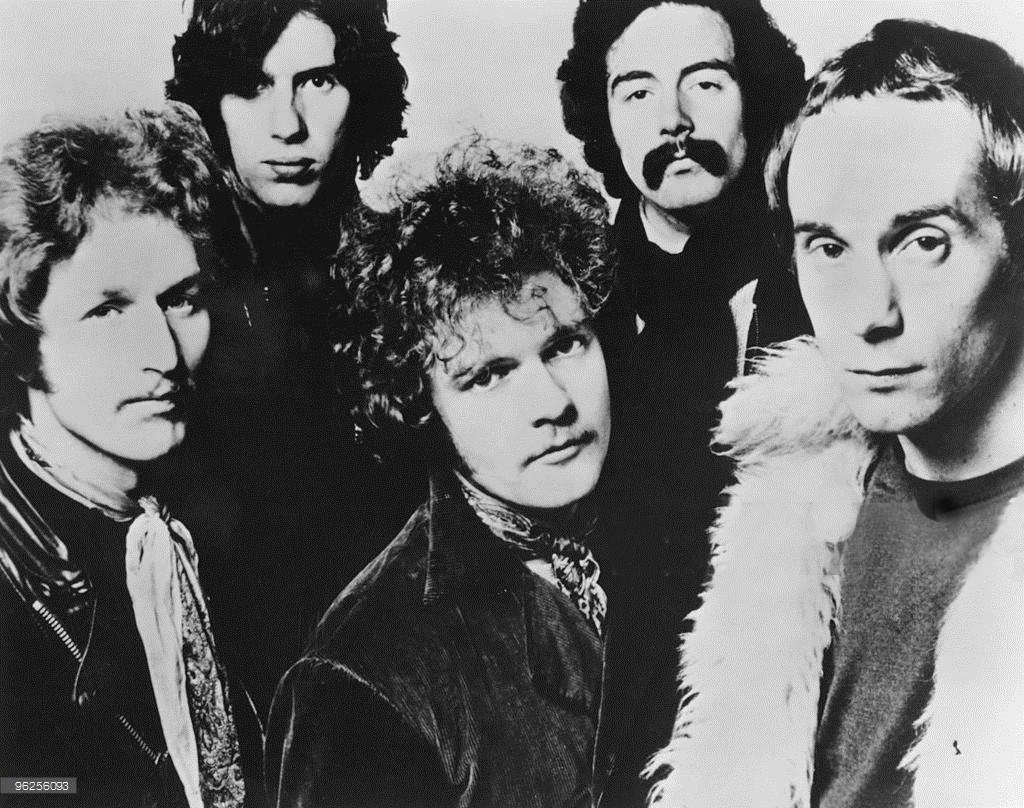 After a break of over two months, The Beatles re-convene at Abbey Road studios to begin the recording of “Strawberry Fields Forever”. The group dismiss rumours that they are to replace Brian Epstein as their manager with American Allen Klein.

The Moody Blues quickly re-form with new members Justin Hayward (guitar) and John Lodge (bass). Lodge is an old Birmingham friend of the group while Hayward is recommended to the Moodies by Eric Burdon.

The British Government announce plans for the BBC, who has been losing its radio listening audience to pirate radio stations, to be given a wavelength for a radio channel devoted entirely to pop music.The final ‘Ready Steady Go!’ programmes are broadcast. Guests include Dave Dee Dozy Beaky Mick & Tich on 2nd December, Jimi Hendrix, Marc Bolan, The Move on the 9th, Keith Relf, The Troggs on the 16th and Eric Burdon, Alan Price, The Who, Donovan, the Spencer Davis Group and Paul Jones in the final programme on 23rd December. 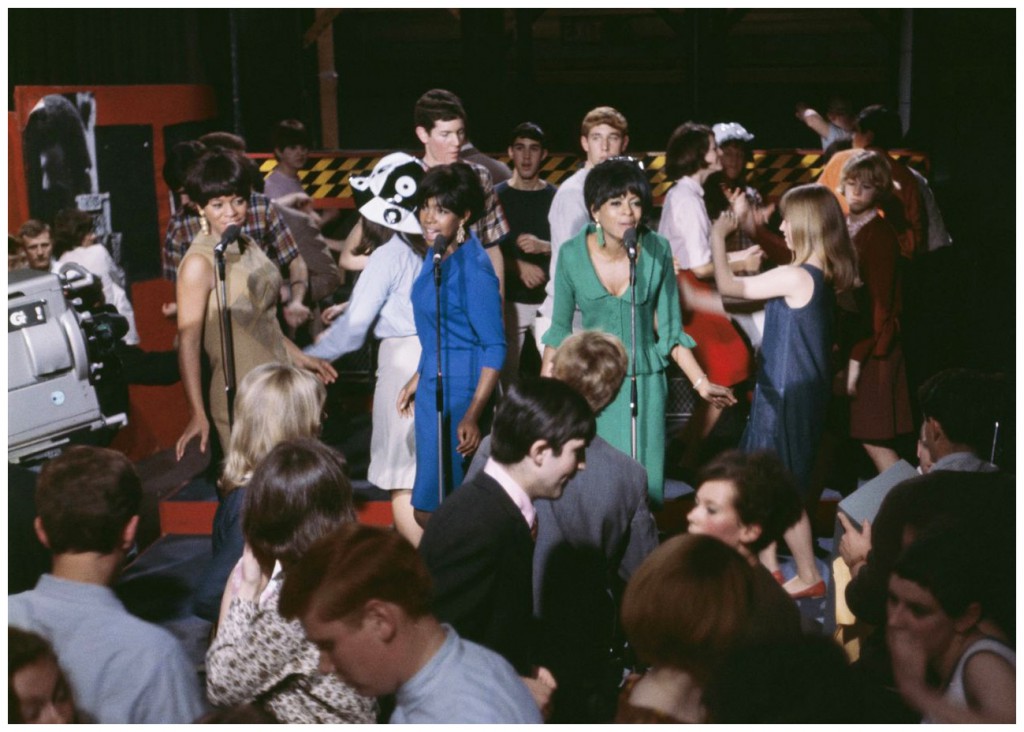 The Supremes on the long running Ready Steady Go TV program, which came to an end in this month