By 1969, Newcastle’s legendary Club A’Gogo had come to an end. A new club called ‘Change Is’ opened that year on Bath Lane, Newcastle and featured a mixture of cabaret type acts, bands and dancing. The Mayfair Ballroom continued to be one of the most popular venues in Newcastle with regular appearances by the top touring bands of the day. The Bay Hotel, the Locarno Ballroom on Newcastle Road and the Rink Ballroom in Park Lane were all popular venues in Sunderland and attracted top national and international bands.

Progressive music was starting to become popular and was covered widely by local bands. Music from bands such as Blood, Sweat & Tears, Chicago Transit Authority (later Chicago), Jethro Tull, Santana and Spirit could be heard in clubs and at dances.

The Beatles perform an impromptu concert on the roof of Apple HQ in Saville Row, London to complete the filming of their “Let It Be” movie. 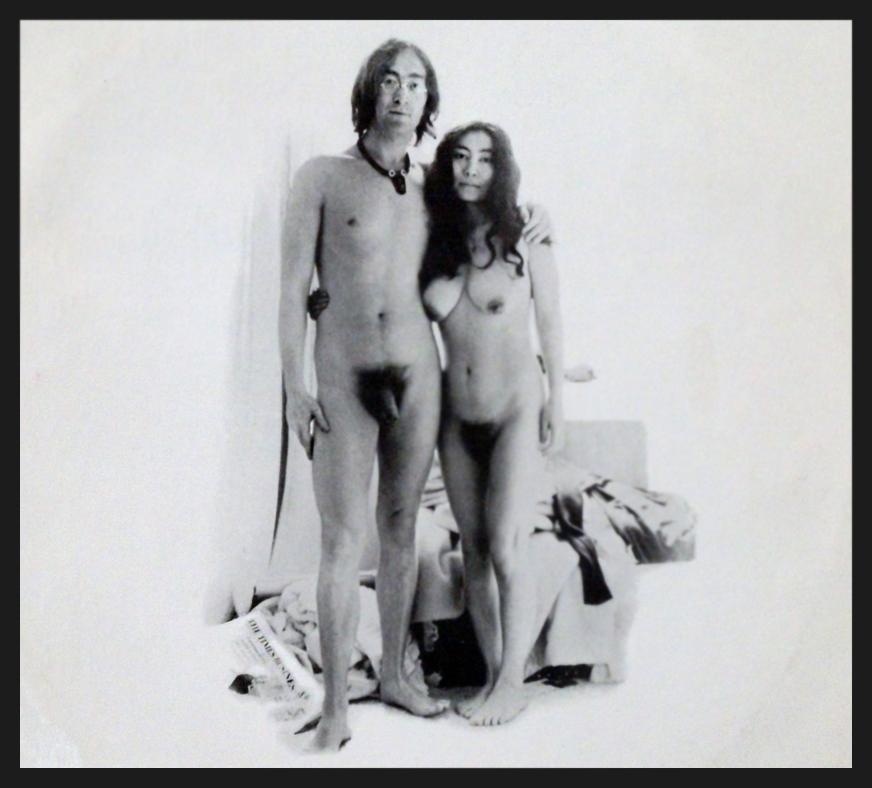 The two virgins – John and Yoko

With Traffic having split when Steve Winwood quit the previous month, keyboardist Wynder K Frog (Mick Weaver) joins Capaldi, Mason and Wood. They are briefly known as Wooden Frog but they split after a series of unproductive rehearsals and a few uninspired live appearances.

Peter Frampton announces that he is leaving The Herd.

Noel Redding forms a new band, Fat Mattress, but denies that he is leaving the Jimi Hendrix Experience.

Jimi Hendrix appears on the BBC TV show ‘A Happening For Lulu’. He is supposed to perform ‘Hey Joe’ but partway through the song he leads the Experience into an unrehearsed rendition of “Sunshine Of Your Love” in tribute to the recently defunct Cream. Lulu is left helpless in the wings as she waits in vain to perform her show finale. Hendrix gleefully shouts “We’re being thrown off the air” as the shows producers cut the broadcast. TV producers accuse Hendrix of being arrogant.

Pete Giles quits Giles, Giles and Fripp. The group replace him with Greg Lake (ex-Shy Limbs/ The Gods) and change their name to King Crimson. 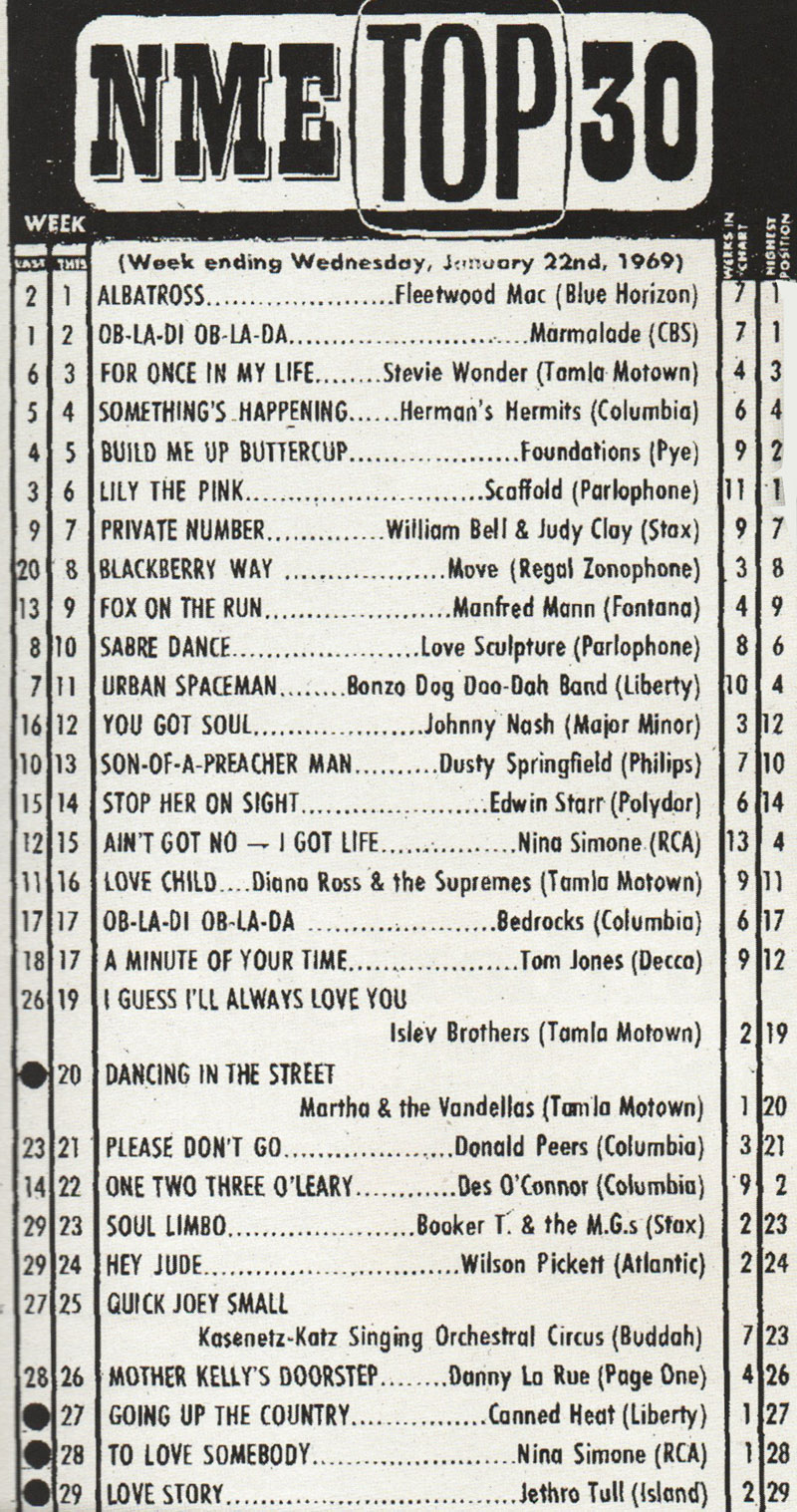 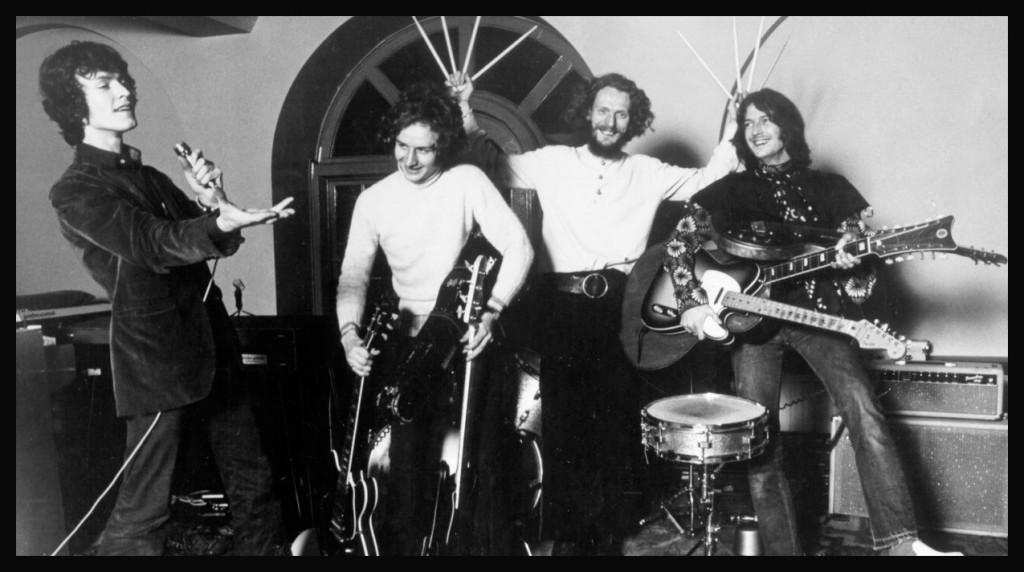 The Soft Machine reforms as a trio, with their former Roadie and ex-Wilde Flower Hugh Hopper replacing Kevin Ayers on bass. Their music becomes ever more jazz-rock orientated and experimental, but Robert Wyatt’s unique vocal style ensures that they remain accessible to rock fans. 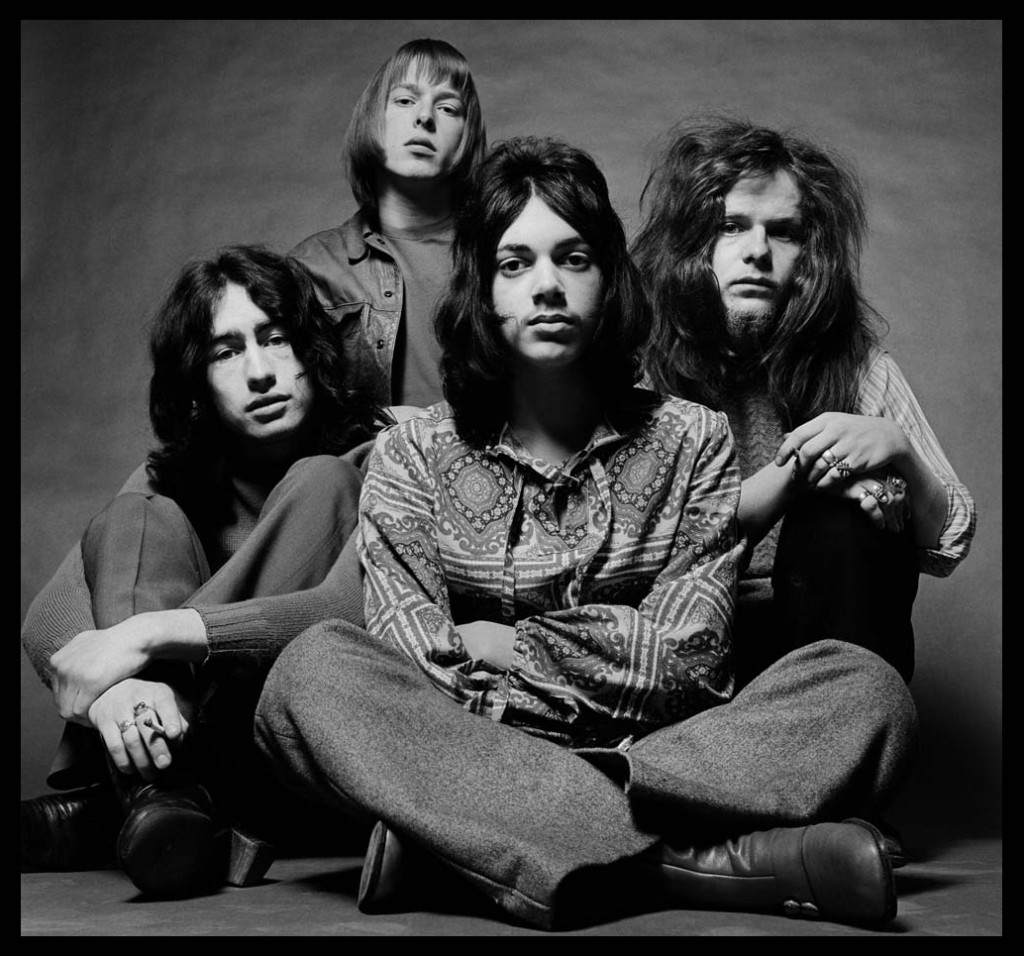 My Gigs (with Sneeze)

On 22nd April The Who perform the complete version of the rock opera ‘Tommy’ at Dolton, Devon. 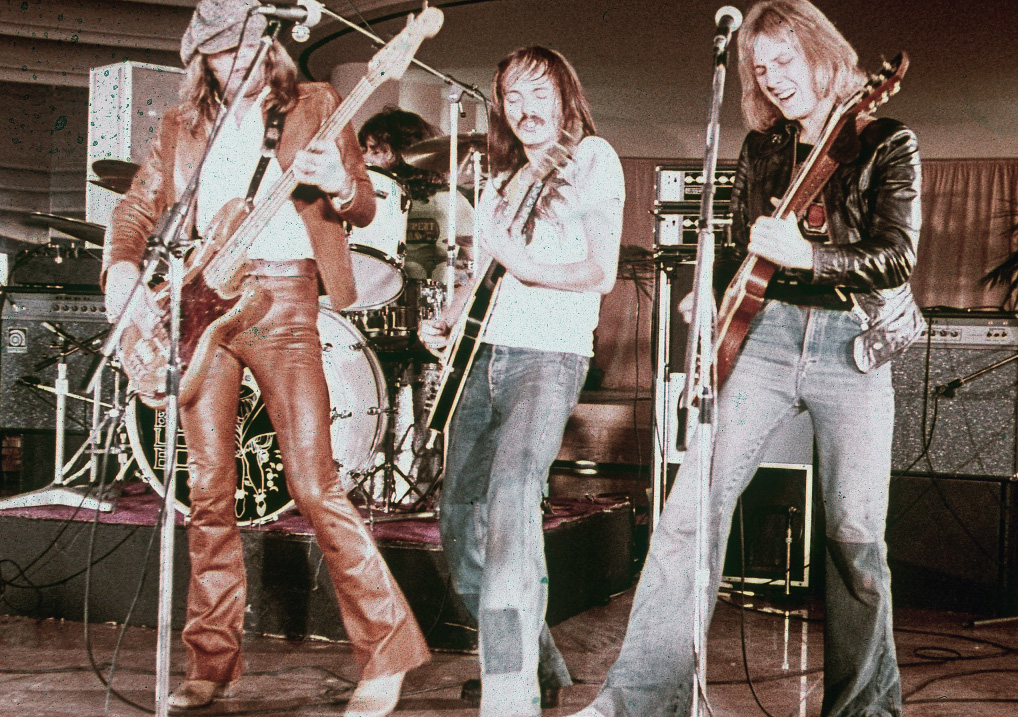 Henry Spinetti replaces Andrew Steele as drummer with The Herd.

Rick Grech quits Family on the eve of a U.S tour to join ‘supergroup’ Blind Faith. Ex-New Animals bassist John Weider replaces him. Family’s tour proves disastrous and is cancelled after a few dates when singer Roger Chapman has his visa revoked. 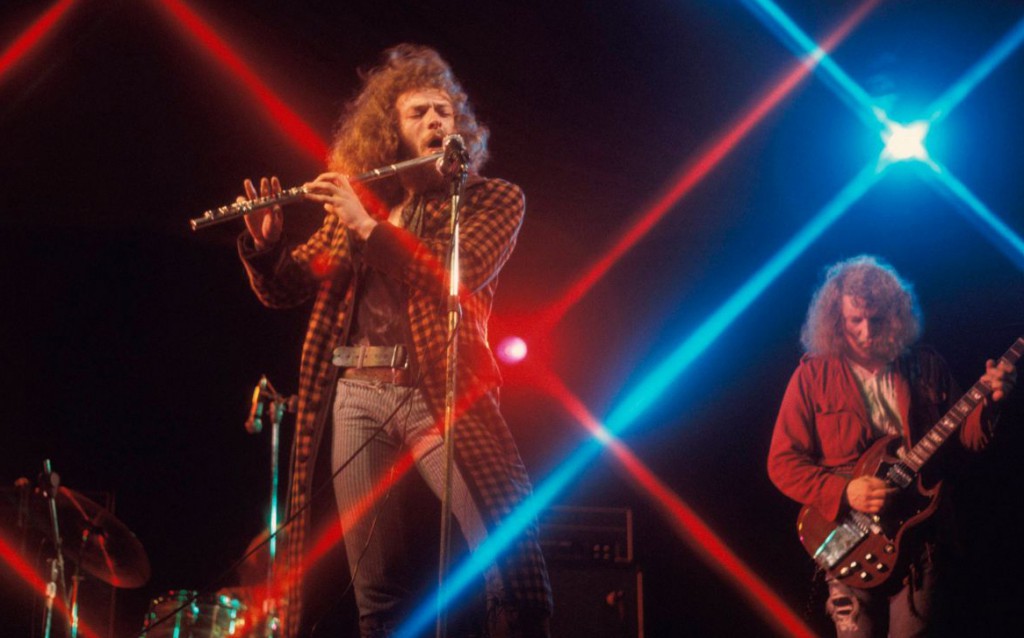 Jethro Tull make several appearances in the north east in May

Martin Lamble, drummer with Fairport Convention, is killed when the band’s van crashes on the M1 in the early hours of the morning as they return from a gig at Mothers club in Birmingham. Ashley Hutchings and Richard Thompson are injured while designer Jeannie Franklin (Thompson’s girlfriend) is also killed. Roadie Harvey Bramham, who had fallen asleep at the wheel, is later prosecuted for “dangerous driving” and serves a prison term.

Pete Townsend is arrested and charged with assault after knocking a plainclothes policeman off the stage at New York’s Fillmore East (on 16th May. The cop had been trying to explain that the show had to be stopped owing to a fire. Townsend is bailed the following day. 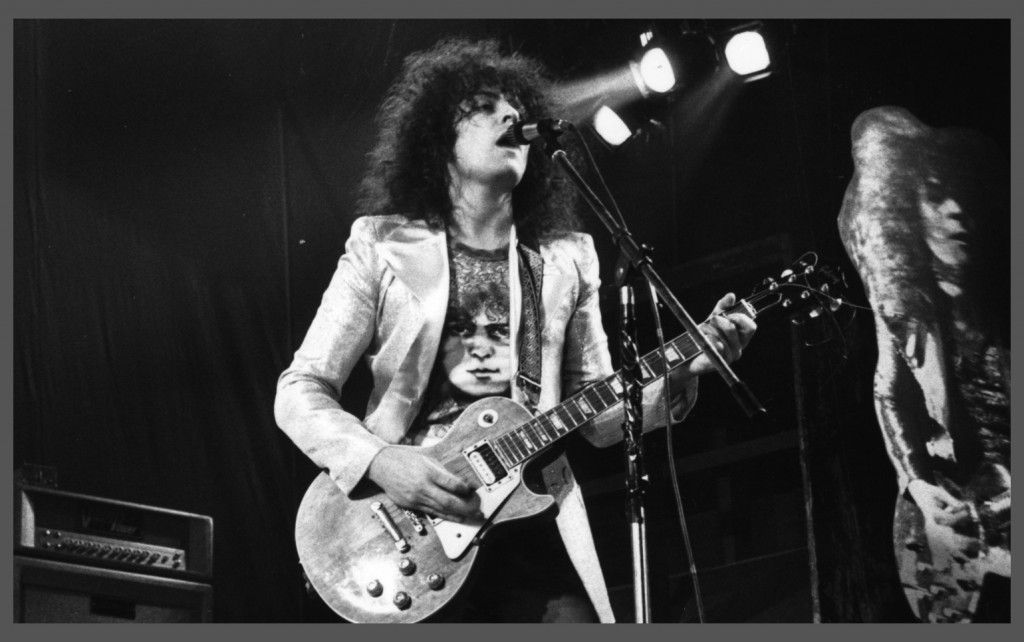 on 2nd June John Lennon and Yoko Ono host a ‘bed-in’ at the Queen Elizabeth Hotel in Montreal, Canada. The couple records the song ‘Give Peace A Chance’ live in their suite with Tommy Smothers, Timothy Leary and several others.

The Jimi Hendrix Experience disbands following their appearance at the Denver Pop Festival.

Manfred Mann split up. Manfred and Mike Hugg work on advertising jingles, including the famous “full of fitness food” campaign for Ski yoghurt.

Van Der Graaf Generator split up, (not for the first or last time).

On 2nd July, after spending the day with his Swedish girlfriend, Anna Wohlin, ex-Rolling Stones guitarist, Brian Jones is found dead in the swimming pool that evening at his home – Cotchford Farm, Sussex. 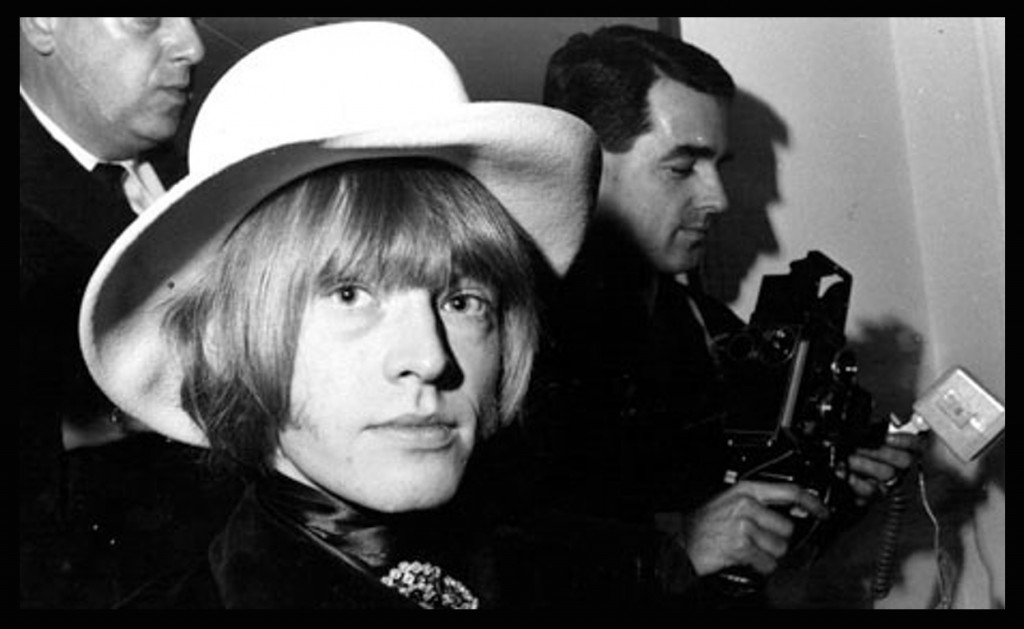 On 5th July the Rolling Stones headline at a free concert in Hyde Park, London just three days after their former guitarist was found dead at his home. Also appearing at the concert are King Crimson, Thurd Ear Band, Screw, Family, Battered Ornaments and Alex Korner’s New Church. The vent attracts a crowd of between 250,000 and 500,0000 fans. It is the Stones’ first public concert in over two years, and is intended as an introduction to new guitarist, Mick Taylor. Circumstances inevitably changed following the death of former member Brian Jones days earlier..

Vocalist Jess Roden quits The Alan Bown group and is replaced by Robert Palmer from Yorkshire group The Mandrakes. 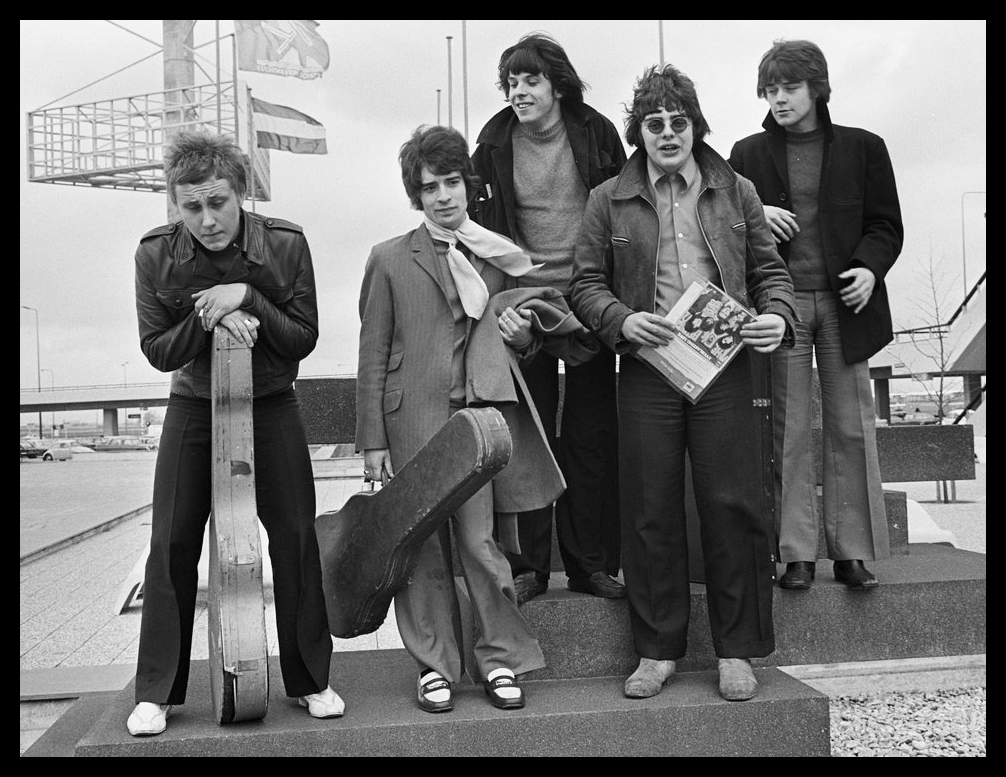 The Love Affair appear at Wetherell’s, Sunderland. Their single ‘Bringing On Back The Good Times’ is in the UK charts

Steve Took quits Tyrannosaurus Rex to “do his own thing”. Took is replaced by Micky Finn, who had replied to a Melody Maker advertisement seeking a “gentle guy who can play bongos, bass guitar and vocal harmony”.

Illinois University students publish articles reviving the rumour that Paul McCartney had been killed in a 1966 car crash and had been replaced by a look-alike. The articles claim that clues to McCartney’s supposed death in 1966 could be found among the lyrics and artwork of the Beatles’ recordings. Clue-hunting proved infectious and within a few weeks had become an international phenomenon. The ‘Paul is dead’ urban legend is born and continues for several decades.

Blind Faith split on completion of their U.S tour.

‘Stones In The Park’, Granada TV’s recording of the Rolling Stones performance at the Hyde Park free concert on 5th July is shown on UK TV. While the event was considered a memorable one by some critics, the general feeling was that it was not one of the Stones’ best performances, and the guitars played during the concert were out of tune. In a 1971 interview with Rolling Stone magazine, Keith Richards evaluated their performance, “We played pretty bad until near the end, because we hadn’t played for years …. Nobody minded, because they just wanted to hear us play again.” 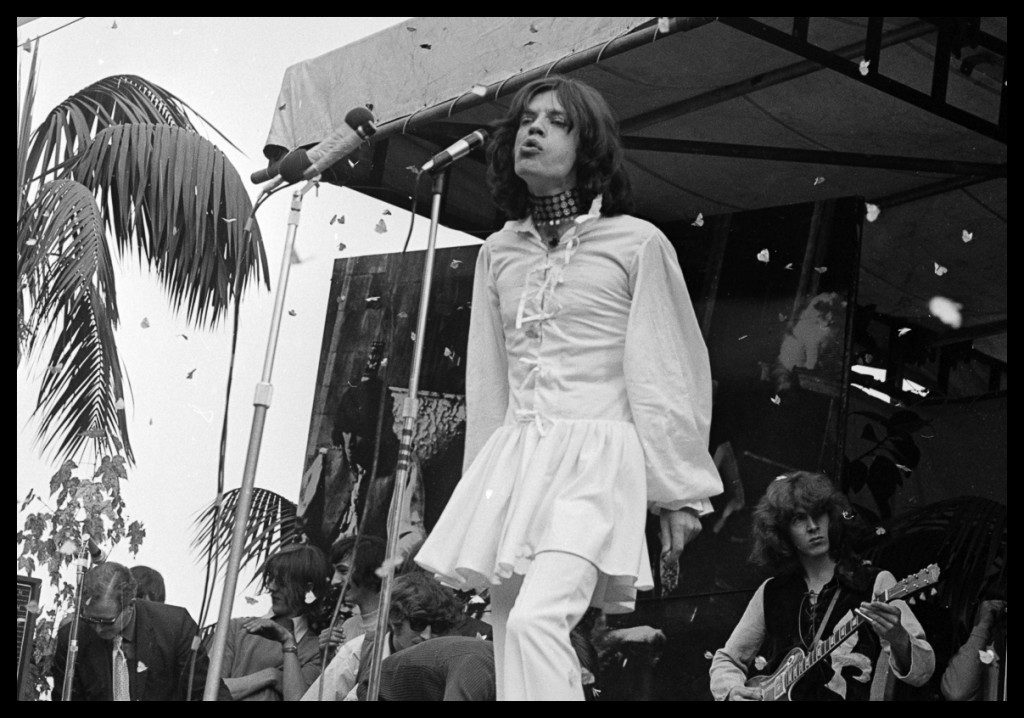 The Rolling Stones in Hyde Park

The Jeff Beck Group finally splits after a turbulent couple of years.

The Small Faces officially replace Steve Marriott with Rod Stewart. Ron Wood comes in on guitar. The group shorten their name to The Faces (although in the U.S they are still billed as “Small Faces” until after the release of their first album in April 1970). 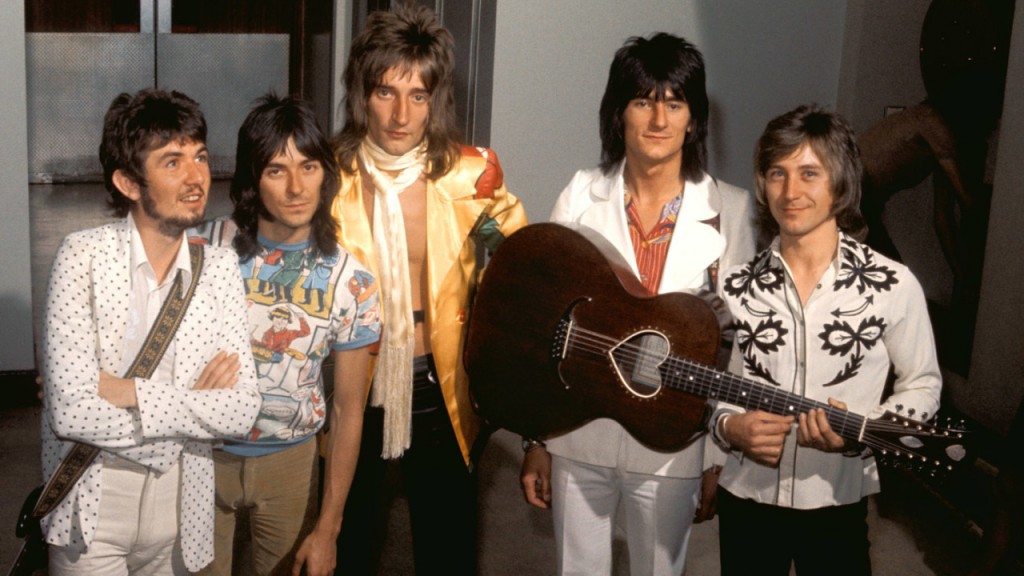 The Faces with Rod Stewart

The newly shortened Hawkwind sign a deal with Liberty. They begin recording an album in November with ex-Pretty Thing Dick Taylor as producer.

After struggling along for most of the year without prize asset Peter Frampton, the remaining members of The Herd finally concede defeat and split up.
Tunbridge Wells based psych-pop group Kippington Lodge split up after releasing 5 flop singles. However, members Nick Lowe, Bob Andrews and Brinsley Schwarz immediately form much hyped pub-rock band ‘Brinsley Schwarz’.

Graham Bond is arrested at the Hampstead Country Club for alleged contempt of court arising out of bankruptcy charges made almost two years previously, before he left the UK for an extended stay in America. Bond is remanded in custody at Pentonville prison.

Rumours about Paul McCartneys alleged death in 1966 revived by Illinois University students in September decline after a contemporary interview with McCartney is published in Life magazine. 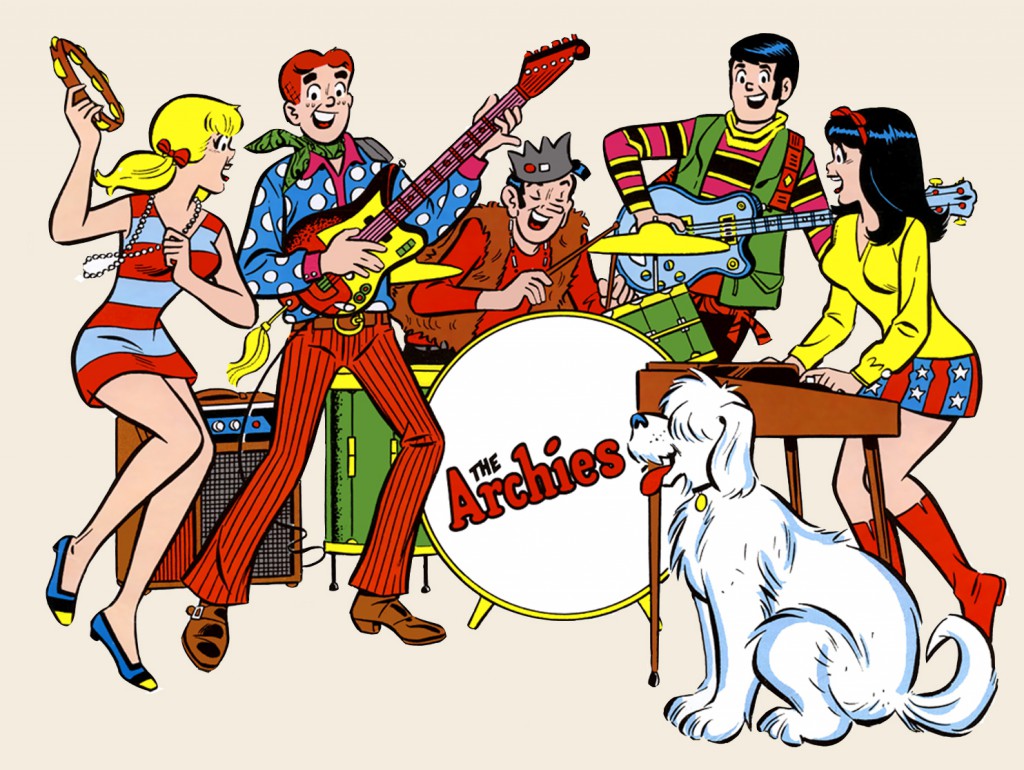 The Rolling Stones headline at the infamous Altamont Free Festival attended by 300,000 people in California on 6th December. The festival which also featured Santana, The Flying Burrito Brothers, Jefferson Airplane and Crosby, Stills,Nash & Young was marred by violence, heavy drug taking and the consequential murder of black teenager, Meredith Hunter who had been brandishing a gun in front of the stage when he was stabbed by a Hell’s Angel during the Stone’s performance. 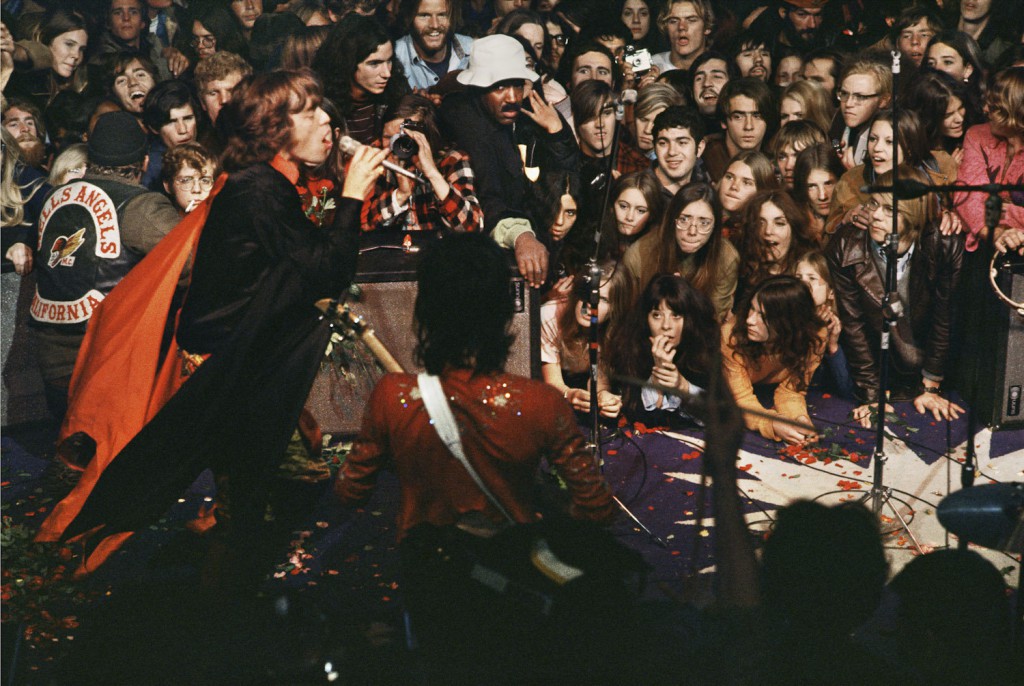 The Stones at Altamont

Keith Emerson of The Nice and Greg Lake of King Crimson hatch plans to form a new group while their current outfits play together at San Francisco’s Fillmore West.