The band of the year is the Faces featuring Rod Stewart who also has a mega hit that year with ‘Maggie May’. Rod and the Faces inject a lot of fun into their stage act, generally clowning about and often kicking footballs around while they perform.

Marc Bolan’s T Rex create the kind of pandemonium unseen since the early days of the Beatles.

Local band ‘Brass Alley’ are becoming very popular in the north east with their covers of Free songs.

The case to dissolve The Beatles’ partnership begins at London’s High Court (19th), with Paul McCartney fighting his corner against the other three plus business manager Allen Klein. 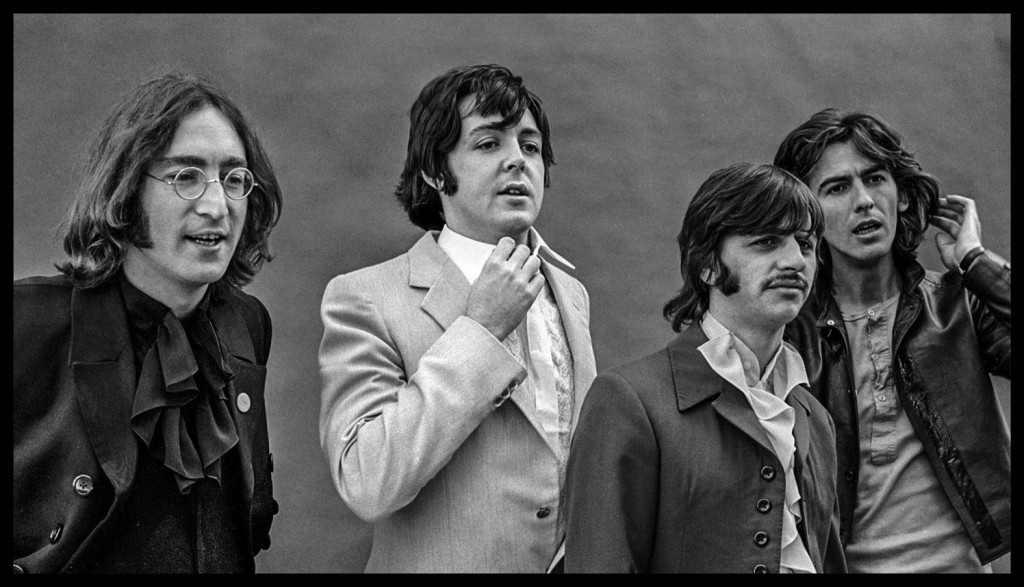 The Beatles go their separate ways

It’s reported that Noel Redding has rejoined Fat Mattress, and that the group has reverted to its original four-piece line-up.

Davy Jones announces that he is to leave the Monkees.

George Harrison is sued over his hit “My Sweet Lord”. It’s alleged that the song infringes the copyright of The Chiffons’ 1963 hit “He’s So Fine”. Harrison is eventually found guilty of ‘unconscious plagiarism’, subsequently losing all of his royalties on the song.

Fleetwood Mac guitarist Jeremy Spencer goes missing in Los Angeles shortly before the group are due to perform at the Whiskey A Go-Go club. Subsequently it’s discovered that he has joined the Children Of God religious cult and has quit the music business.

Fairport Convention guitarist Richard Thompson quits the group, causing the cancellation of their prestige concert at Royal Festival Hall. Thompson is not replaced, instead Simon Nicol switches from rhythm to lead guitar. More drama for Fairport when a lorry crashed into their communal home. Dave Swarbrick narrowly escapes death as his bedroom collapses. The Dutch driver is not so lucky. 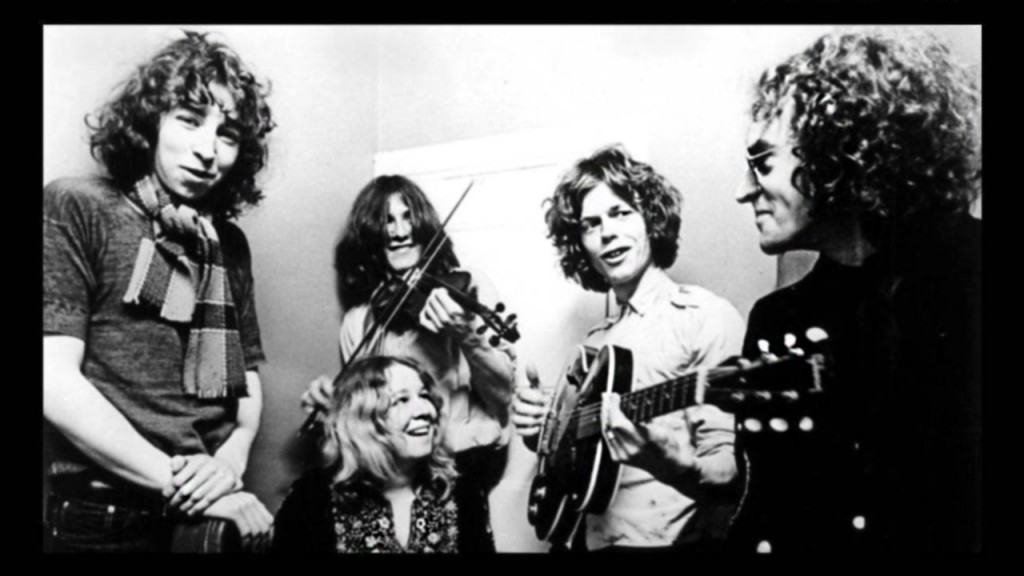 Led Zeppelin announce a ‘Back to the Clubs’ tour of the small venues where they started out, but the ruse back-fires somewhat, with an avalanche of ticket enquires clogging systems and many complaints from disgruntled punters who miss out.

Lindisfarne perform on BBC’s ‘Sounds Of the 70s’ radio programme.

The judge in the Beatles’ court case decides in Paul McCartney’s favour. Meanwhile, the press run headlines that the Beatles will reform with Klaus Voorman replacing McCartney on bass. McCartney is also involved in yet another dispute, this time with publishers Northern Songs over his latest hit single “Another Day”. The song has been co-credited to both McCartney and his wife Linda, thereby reducing the amount of earnings due to Northern songs by 50%. Northern Songs Chairman Jack Gill insists that Linda is not capable of composing such music and threatens court action.

On 4th March The Rolling Stones open their UK tour in Newcastle upon Tyne intended as a farewell to the UK prior to the band’s relocation in France as tax exiles.

Led Zeppelin play their iconic song ‘Stairway To Heaven’ for the first time on 5th March at Ulster Hall, Belfast.

On 8th March, Lindisfarne appear on BBC’s ‘Sound Of The 70s’ programme.

Peter Green stands in for the missing Jeremy Spencer on Fleetwood Mac’s US Tour.

Quintessence are banned from future appearances at Bristol’s Colston Hall following their concert this month. The venue’s management objected to the group handing out burning joss sticks to the audience, constituting a ‘fire risk’.

Kinks leader Ray Davies is ordered to slow down and take a month off by his medical advisors. Davies apparently has “four writing projects on the go” plus recording and live concert commitments. 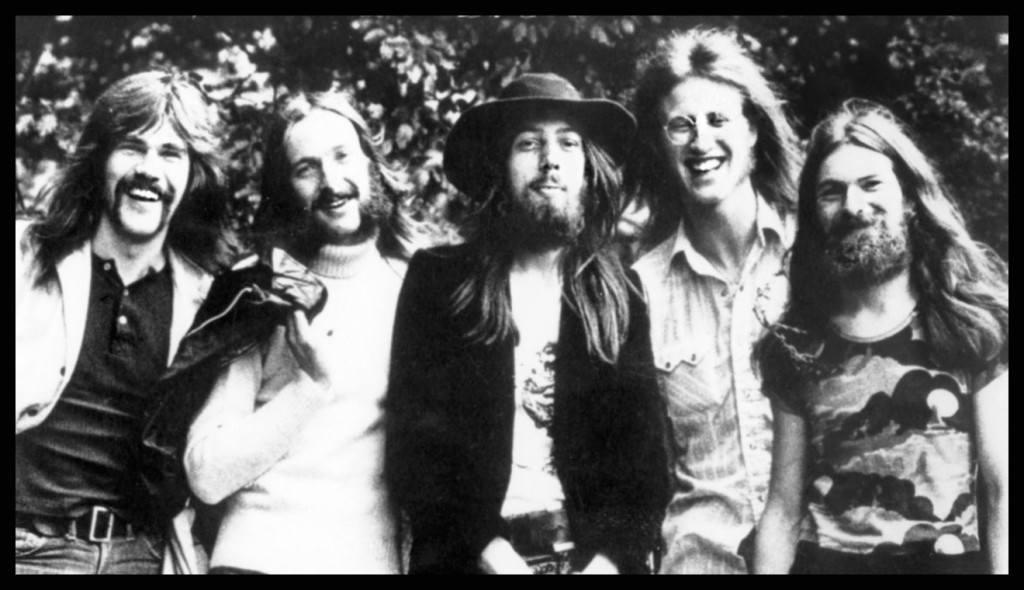 The north east’s very own Lindisfarne

The sleeve of David Bowie’s latest album “The Man Who Sold The World” runs into controversy as it shows the artist wearing a dress. The sleeve is withdrawn, making original copies highly priced collector’s items.

Sessions for a planned second Derek & The Dominoes are scrapped amid considerable acrimony. Eric Clapton retreats to his home in Surrey, becoming a virtual recluse for the next two years.

The Rolling Stones launch their own ‘Rolling Stones’ label, to be distributed by Atlantic. Meanwhile, the group have moved to the French Riviera to escape UK Tax laws. 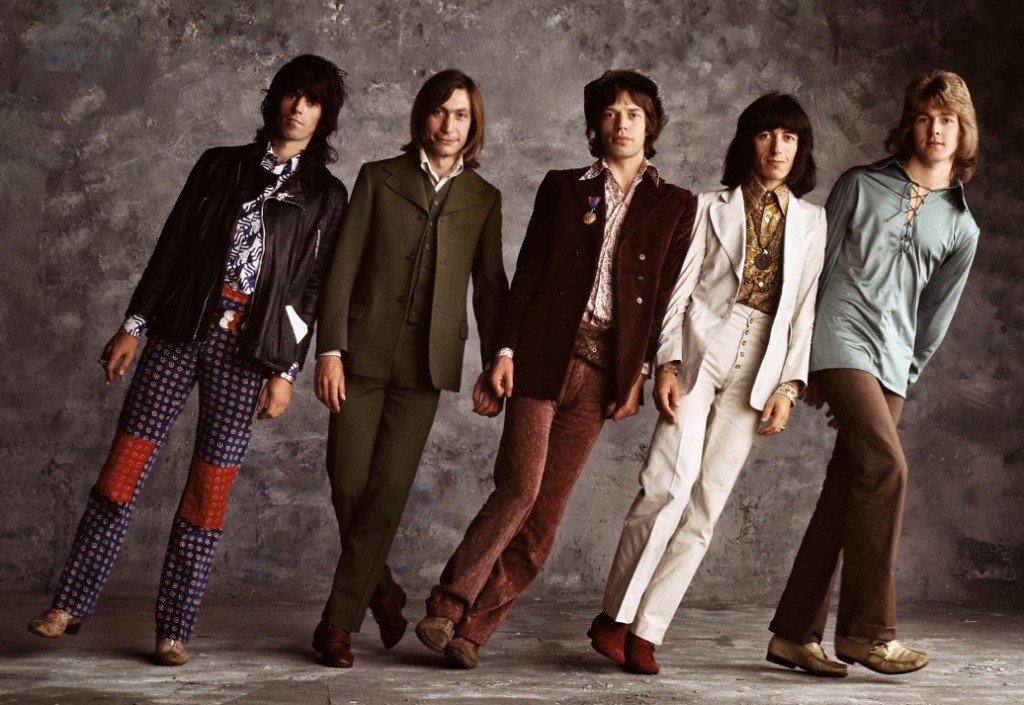 Free split after a turbulent Australian tour. Paul Rodgers and Andy Fraser form their own groups, Peace and Toby respectively, while Paul Kossoff and Simon Kirke work together on an album alongside Tetsu Yamauchi and John ‘Rabbit’ Bundrick.

Russ Ballard of Argent is electrocuted on stage at Frankfurt’s Zoom Club in Germany. Thankfully he recovers in hospital. 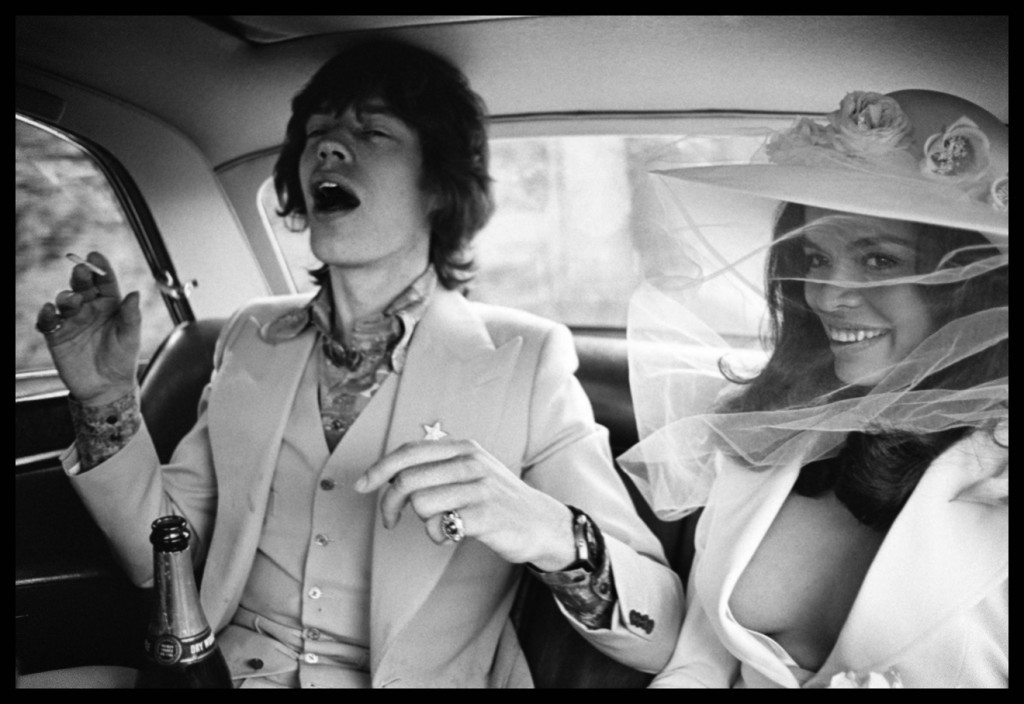 Mick and Bianca tie the knot

Barriemore Barlow replaces Clive Bunker on the drum stool in Jethro Tull. No reason is given for the switch.

1968 pop stars The Herd reform without Peter Frampton. One single later and they disband again. 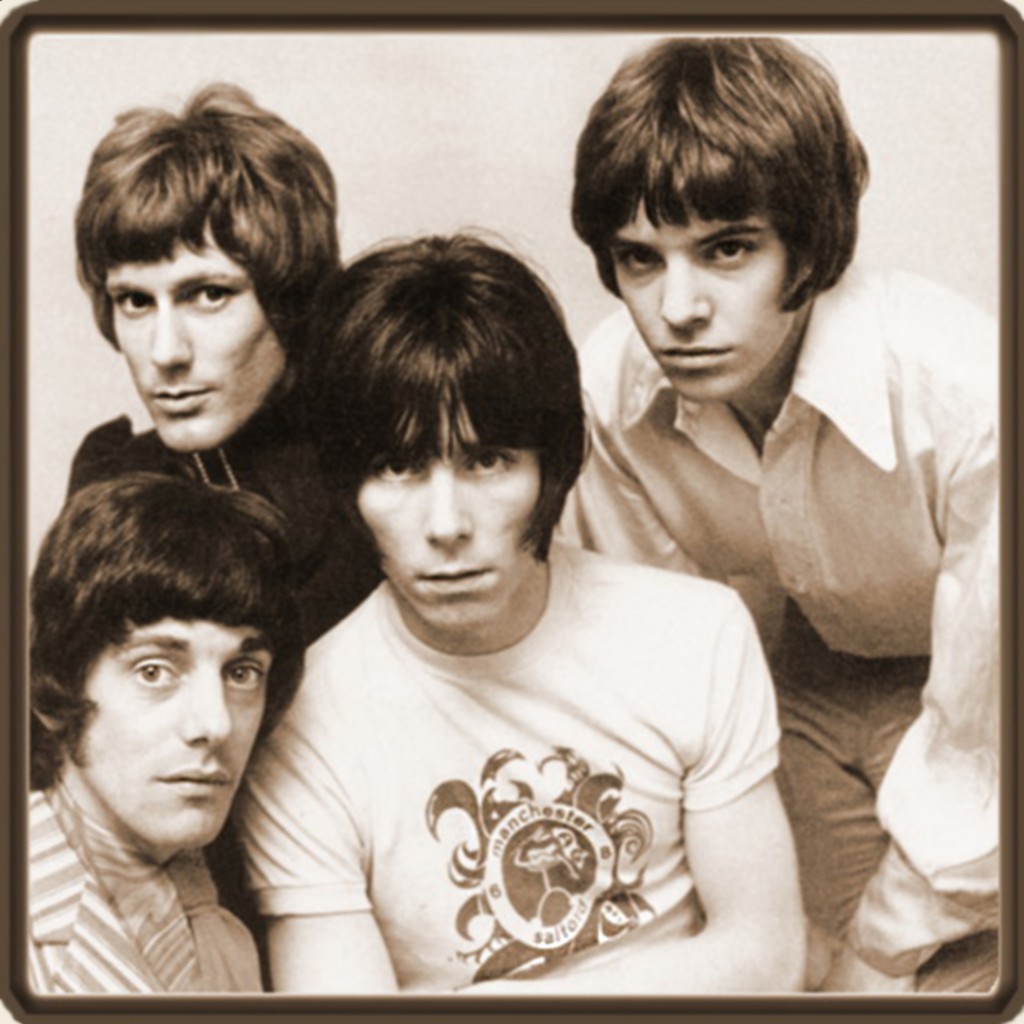 Noel Redding announces his new group, to be called “Road”.

The first Glastonbury Festival is held at Worthy Farm, Pilton on 20th to 24th June to coincide with the summer solstice. Performers include David Bowie, Airport Convention, Quintessence and Hawkwind.

Led Zeppelin are involved in a massive riot during their gig in Milan, Italy. The 15,000 crowd are enraged when police and soldiers lob tear gas and charge them with batons. The group are locked in their dressing room for several hours until the situation calms. 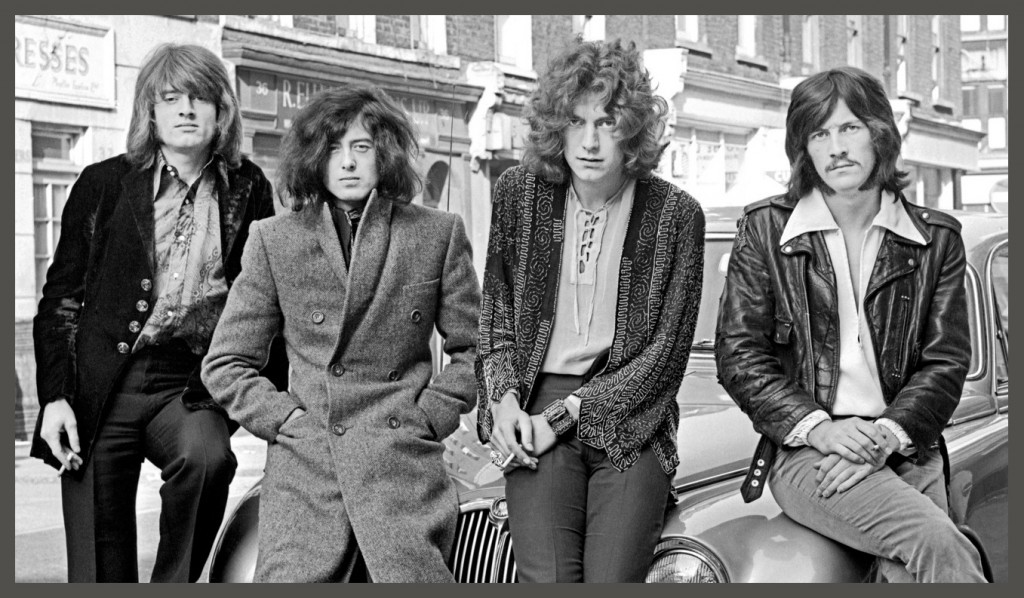 Bass player and fiddler John Weider quits Family because he wants to “Settle down, do some session work and generally move at his own pace”. He is eventually replaced by John Wetton (ex-Mogul Thrash)

Guitarist Robin Trower quits Procol Harum and is replaced by Dave Ball. Procol also add Alan Cartwright (from Every Which Way) on bass, allowing Chris Copping to concentrate on organ rather than doubling up.

Mott the Hoople are banned from further appearances at the Royal Albert Hall following disturbances at their concert at the venue on July 8th.

Also banned is Edgar Broughton. His attempts to play a series of free shows at Seaside resorts are frustrated by Morecambe, Blackpool and Blackpool Councils on the grounds of “possible inconvenience to local residents”. In Redcar Edgar is arrested in front of five thousand fans after going ahead with a show on a local playing field without permission.

George Harrison organises the ‘Concert For Bangla Desh’, held at New York’s Madison Square Garden, in aid of the famine ridden country (1st). Harrison is joined by a star-studded bill including fellow Brits Ringo Starr, Eric Clapton (his final public appearance for a year and a half) and Badfinger. 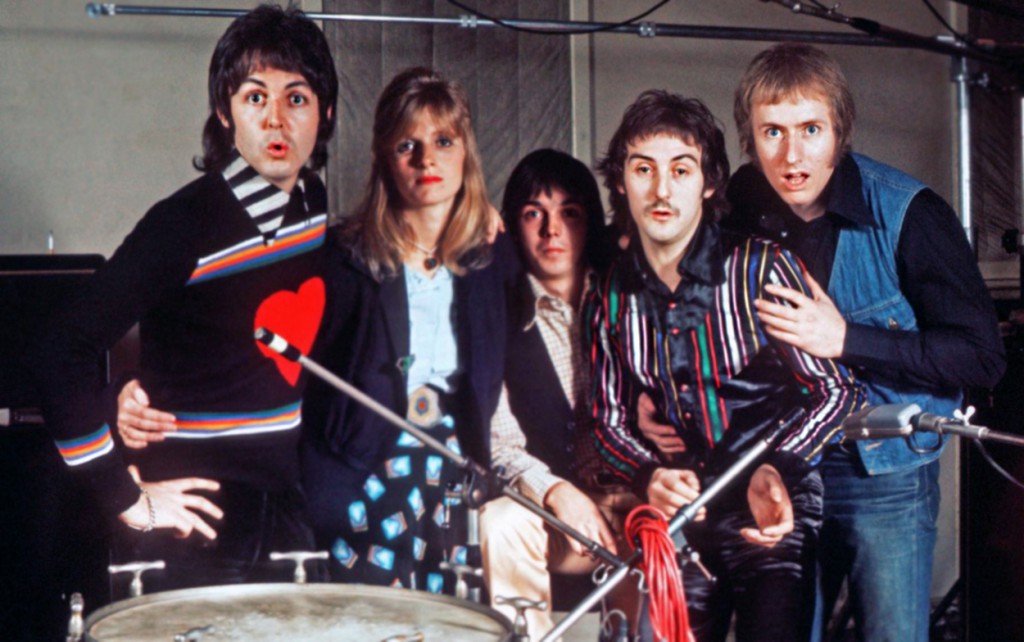 Tony Kaye leaves Yes. He is replaced on keyboards by Rick Wakeman from The Strawbs, who replace Rick with Blue Weaver (ex-Amen Corner).

Within weeks of quitting Family, John Weider reverses his decision to settle in the USA because of homesickness. Instead he joins Stud, the group put together by the ex-Taste rhythm section, John Wilson and Richie McCracken, and former Blossom Toes guitarist Jim Cregan (ironically a future Family bass player!)

John Lennon writes and produces a single “God Save Us”, credited to the Elastic Oz Band, in aid of Oz magazine, the editors of which are facing obscenity charges.

On 14th August The Who release their fifth studio album ‘Who’s Next’ which reaches number 1 in the UK charts.

Peter Frampton quits Humble Pie to concentrate on a solo career. Frampton is replaced by Dave Clempson of the disbanding Colosseum. 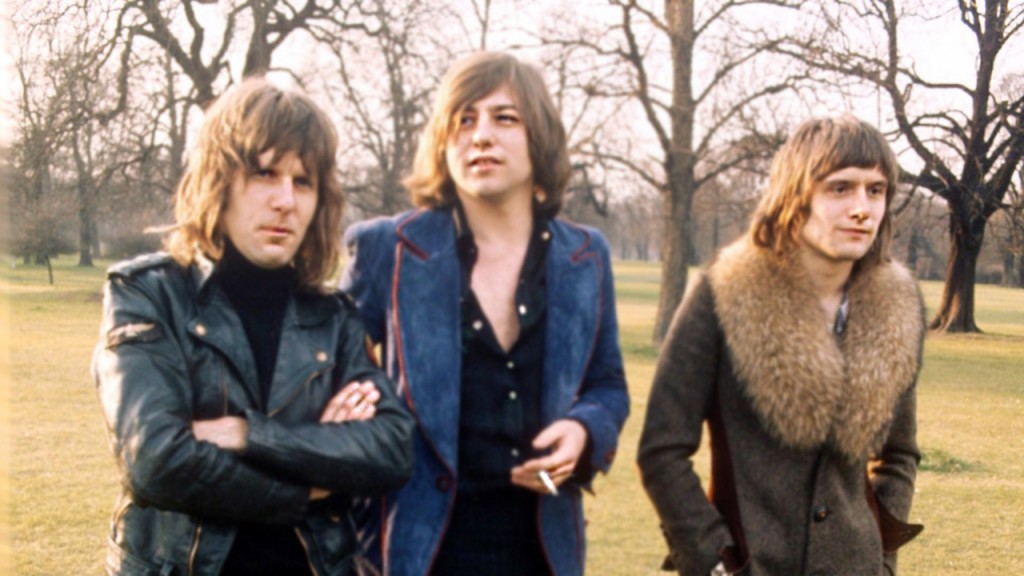 Head Hands & Feet, and Bridget St John appear on BBC 2’s new ‘live’ music programme – ‘Old Grey Whistle Test’. The show focuses on ‘serious’ rock music rather than chart hits. It is emphasised by a lack of showbiz glitter with bands often performing their songs in front of either the bare studio walls or plain wooden boards.

Vocalist Allan Clarke announces that he is to leave The Hollies. 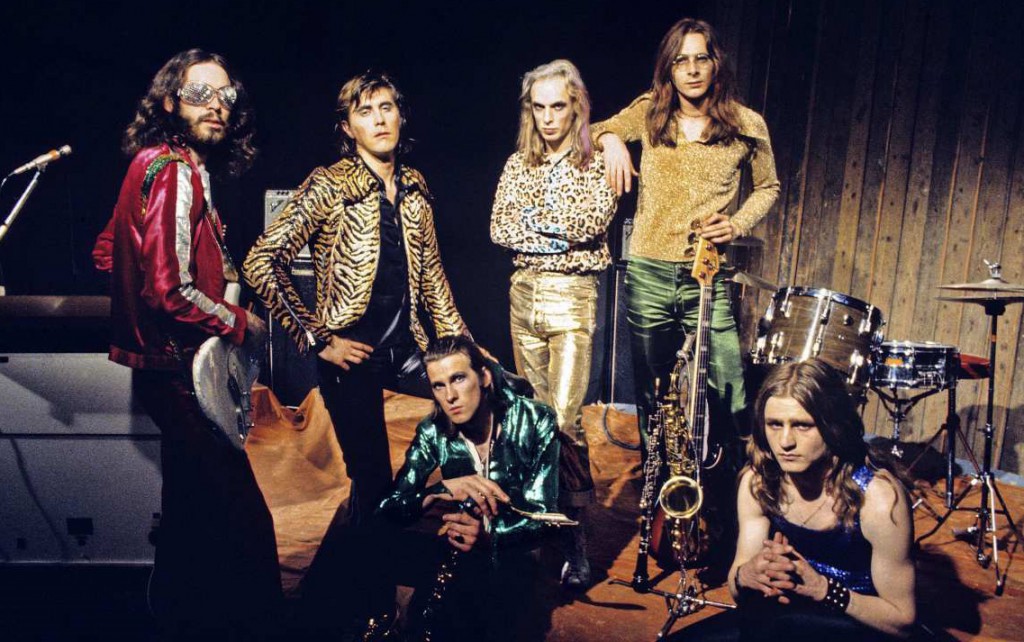 Graham Gouldman joins Hotlegs for their British Tour in support of the Moody Blues. Initially a temporary member along with 2 other musicians,

Gouldman soon joins full-time and the group change their name to 10cc.

Cat Stevens and Jack Bruce appear on BBC2 TV’s ‘Old Grey Whistle Test’ on 5th October, Lindisfarne and Wishbone Ash appear on the12th and Stone The Crows on the 19th.

Colosseum break up. It’s a sudden decision taken when the members decided that “They were no longer working as a unit”. Vocalist Chris Farlowe claims that he knew nothing of this “collective decision” until he phoned drummer/leader Jon Hiseman to find out rehearsal times! Guitarist Dave Clempson is quickly invited to join Humble Pie as a belated replacement for Peter Frampton who had quit Pie a couple of months previously. Of the other members, Dick Heckstall-Smith forms his own band and bassist Mark Clarke joins Uriah Heep before eventually teaming up with Hiseman again in Tempest.

Uriah Heep bassist Paul Newton collapses on stage at Waltham Tech College. He is diagnosed as having a nervous breakdown. The group replace him with the newly available Mark Clarke. Drummer Ian Clarke also leaves because of those good old “musical differences” and is replaced by Lee Kerslake (ex-Gods/ National Head Band).

Slade turn down an offer to make an American TV series which would have launched them as “The Next Beatles!” because they don’t want to be identified as a “Hype”. Instead they intend to consolidate their new-found success in the UK & Europe.

Alan Bown’s band undergoes its first personnel changes in four years. Guitarist Tony Catchpole is replaced by Jim Laney, ex-Hate, while bassist Andy Brown is hospitalised with a “serious skin complaint” and is replaced by Dougie Thompson. (Thompson and Bown’s saxist John Helliwell are both future members of Supertramp)

London’s biggest rock music venue, The Rainbow Theatre, opens with a three night run of shows by The Who. 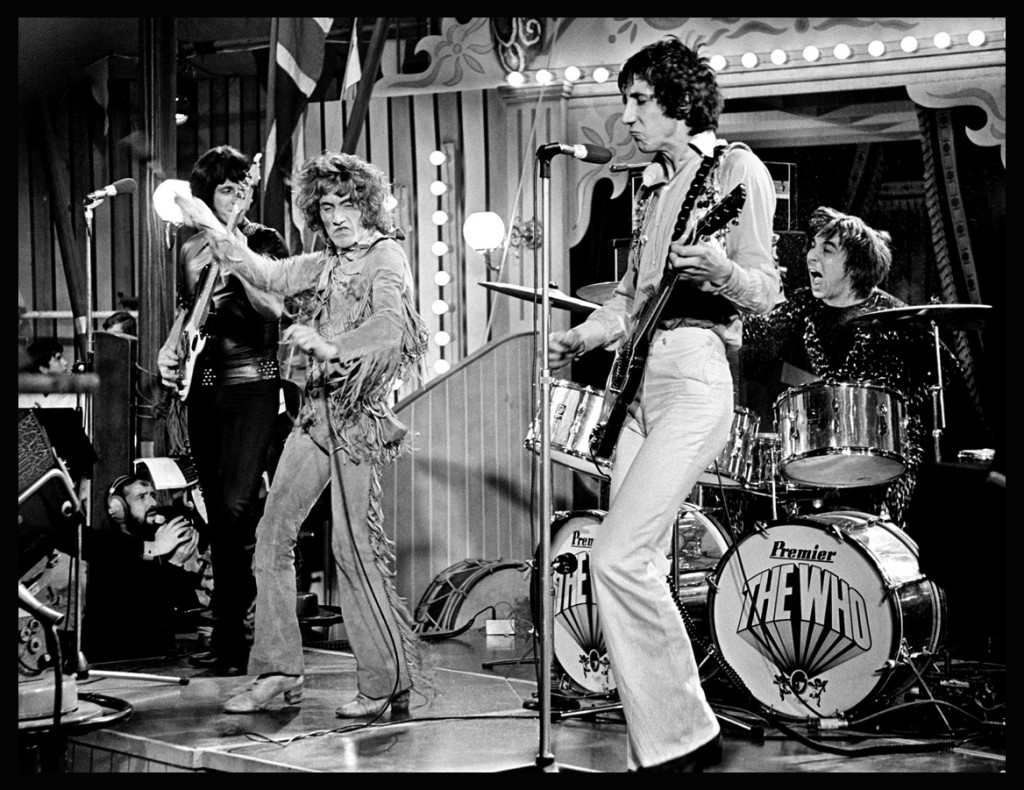 The Faces “Nod’s As Good As a Wink” lp is banned in the USA because of an alleged ‘obscene’ poster included within the sleeve. The album is re-issued without the poster.

The rhythm section of Traffic, Ric Grech and Jim Gordon, leave the group which reverts back to a trio of Winwood, Capaldi and Wood.

The Montreaux Casino is burned down by “Some stupid **** with a flare gun” (as immortalized by Deep Purple’s “Smoke On The Water”) during a Frank Zappa concert. Purple were supposed to record their new album at the Casino, using the Rolling Stones Mobile studio, but are forced to improvise by using their hotel instead.

Zappa’s troubles weren’t over however. Playing a show at the new Rainbow Theatre, he is knocked into the orchestra pit by the jealous boyfriend of a female Zappa-fan, sustaining a compound fracture of his leg. 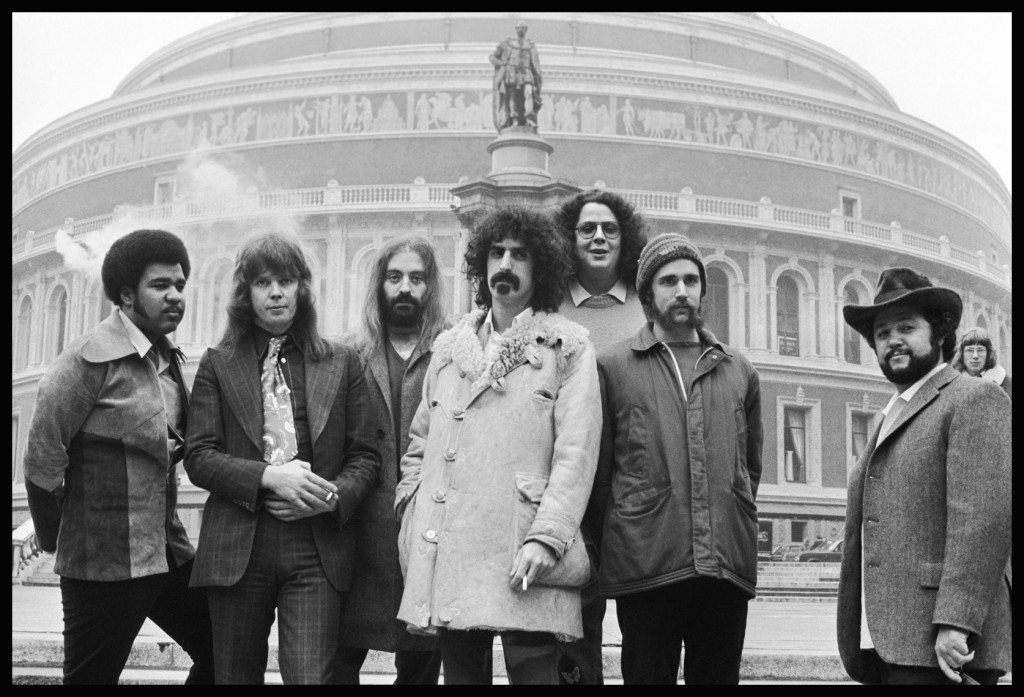 Frank Zappa with the Mother’s Of Invention

John Lennon is deep into his political-protest period. He and Yoko join the “Rock Liberation Front” and headline a rally against harsh jail sentences for possession of marijuana. Lennon also launches a vicious attack on his erstwhile bandmate Paul McCartney.

Keith Relf, who has been producing Medicine Head, becomes a member of the group.