As Long As I Have You

Whilst driving home last week after a short trip to the northeast I turned on the car radio and caught the end of a very familiar song. It took a few seconds for me to realise that the song was “As Long As I Have You” – a 1964 release by the US Soul singer, Garnet Mimms. Not something you would expect to hear on Radio 2.

Although the backing was like the original Garnet Mimms record, the vocal sounded a bit different. The mystery was solved when Ken Bruce announced that the track, his “record of the week”, was, in fact, the latest single by Roger Daltrey. The record was to be aired every day on Ken Bruce’s morning show.

“As Long As I Have You” has definite northeast connections. Back in 1965 when Newcastle’s favourite band, the Junco Partners were hot favourites to follow in the footsteps of The Animals and become a successful national band, their first single on Columbia Records was “As Long As I Have You”. The record was released on 20th August 1965, produced by Robert Stigwood who later went on to manage Cream and the Bee Gees. The flip side was “Take This Hammer” – a favourite from the Juncos stage show. Garnett Mimms’ version had been released a year earlier but had not been a hit in the UK.

For the Junco Partners, “As Long As I have You” was probably a good choice for a debut record. As well as having a rhythm & blues feel, the type of sound that the band was renowned for, its association with Soul meant that it was well placed to fit with the sudden interest in American Soul music that was taking place in the UK at the time of its release.

So what went wrong? A combination of factors stopped the Junco’s single from rising above number 60 in the UK charts. Bizarrely, Columbia Records chose to release the same tune by one of their other acts a week later – this time by the Cambridge based band, the Boston Crabs. The Juncos were disappointed that their version wasn’t getting air plays and that their local fans had difficulty in finding a shop that sold the record. 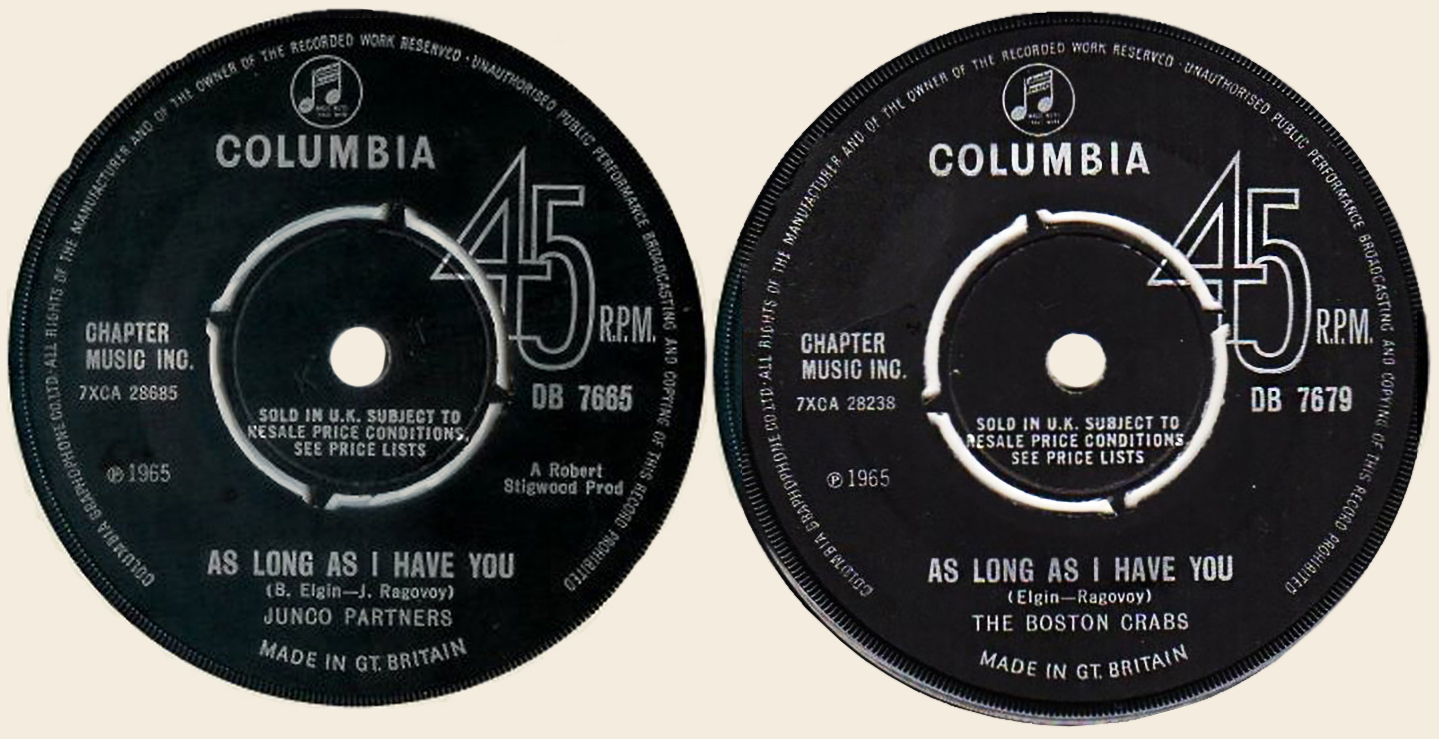 In the ‘Pop Parade’ section of the Saturday edition of the Newcastle Evening Chronicle on 11th September 1965, columnist Albert Watson wrote –

“.. anyone would think there was a conspiracy against the Junco Partners. Not only have they not appeared on television, but their disc, “As Long As I Have You” is not even being advertised in the Trade Press! I have yet to hear the record on radio, despite having heard a rival version several times, and it appears it is not being distributed very well.

‘We’ve had loads, of complaints from fans,” the group told me. “They can’t even buy the disc in Newcastle shops! We’re a bit choked about the way it’s being put out.'” 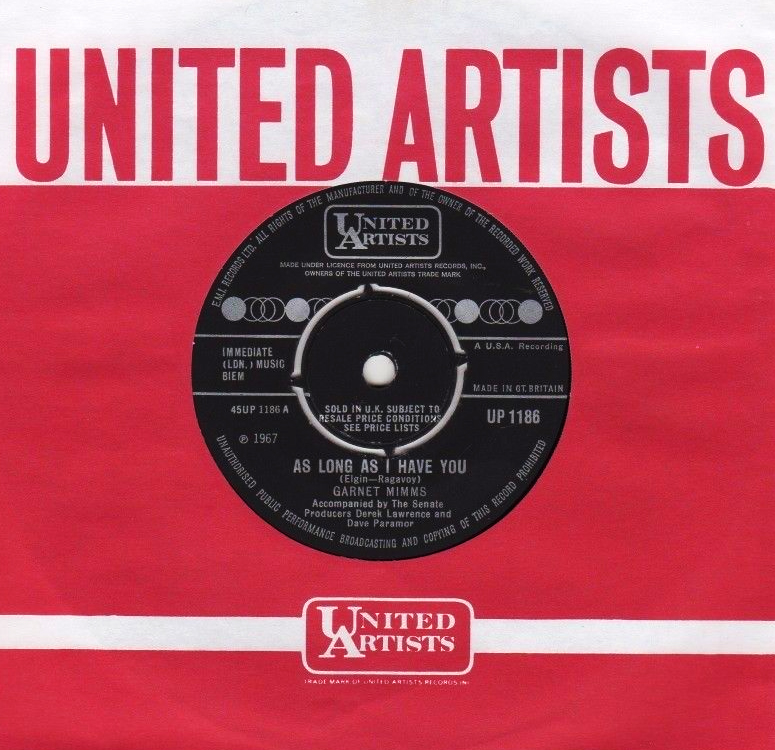 I have both the Juncos single and Garnet Mimms’ live version in my record collection. In my opinion both are great but my favourite has to be the Garnet Mimms version, with its driving bass and a fabulous horn section. A few years ago I uploaded this “live” track to my YouTube channel with a mod flavoured video.

What was Roger Daltrey’s reasons for recording a fairly obscure soul song dating back to 1964? (The song was also covered by Led Zeppelin in the late sixties). According to Roger, it’s a return to his rhythm and blues roots – the opening track of an album to be released in June this year. This is what he had to say: –

“This is a return to the very beginning, to the time before Pete Townshend started writing our songs, to a time when we were a teenage band playing soul music to small crowds in church halls. That’s what we were, a soul band. And now, I can sing soul with all the experience you need to sing it. Life puts the soul in. I’ve always sung from the heart but when you’re 19, you haven’t had the life experience with all its emotional trials and traumas that you have by the time you get to my age. You carry all the emotional bruises of life and when you sing these songs, those emotions are in your voice. You feel the pain of a lost love. You feel it and you sing it and that’s soul. For a long time, I’ve wanted to return to the simplicity of these songs, to show people my voice – a voice they won’t have heard before. It felt like the right time. It’s where I am, looking back to that time, looking across all those years but also being here, now, in the soulful moment.”

I like Roger Daltrey’s version. It’s great that the song is getting another airing 54 years after its original release.