The Cellar Club in South Shields is probably best remembered as the venue that on 1 February 1967 hosted one of Jim Hendrix’s few performances in the North East of England. This was the New Cellar Club. A purpose built three storey building on Thomas Street (without a cellar), which opened on 2 December 1966. The New Cellar was impressively advertised as a £50,000 disco club for 18 to 25 year olds. It bore no resemblance to the original Cellar Club which it replaced. 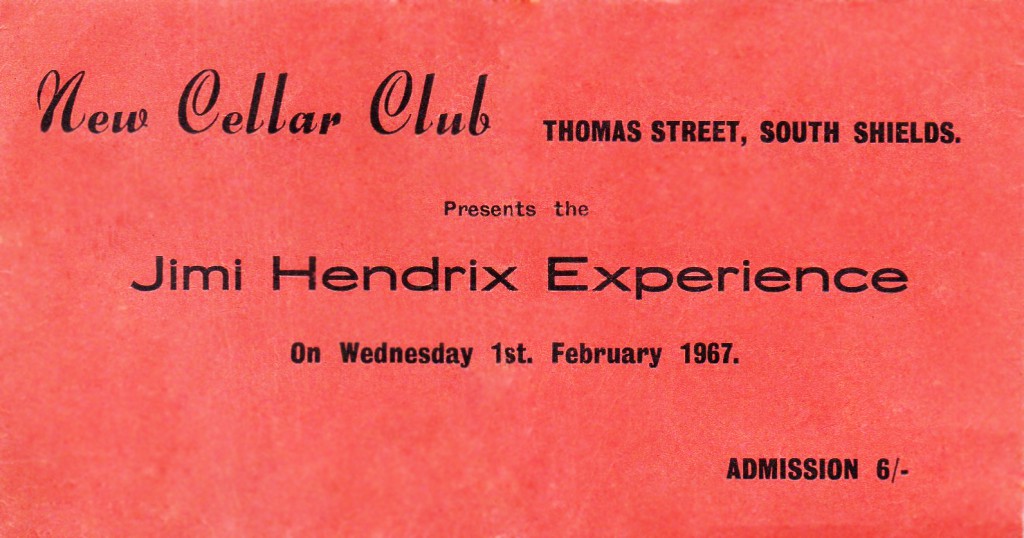 Ticket to see Hendrix – a sought after item in early ’67 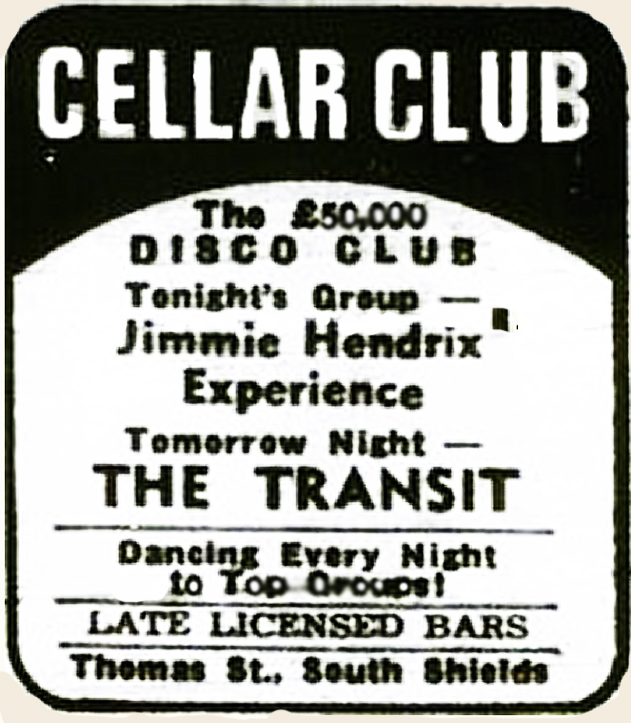 Advert for the Hendrix gig

The old Cellar, otherwise known as the Cellar Jazz Club was situated not far from Thomas Street at 45 Beach Road. It was opened in 1956 by Gladys Hogg, a former dance teacher who had previously used the premises for her dance school. Gladys was the mother of Stan Bailey, one of the founder figures of the well known Bailey Organisation. The Cellar was housed in a terraced building, which from the outside looked like large family home. Although it did start its life as a jazz club and ran for many years as such, in later years the music changed over to R&B, soul or whatever was popular at the time with jazz still being played on a Monday evening. 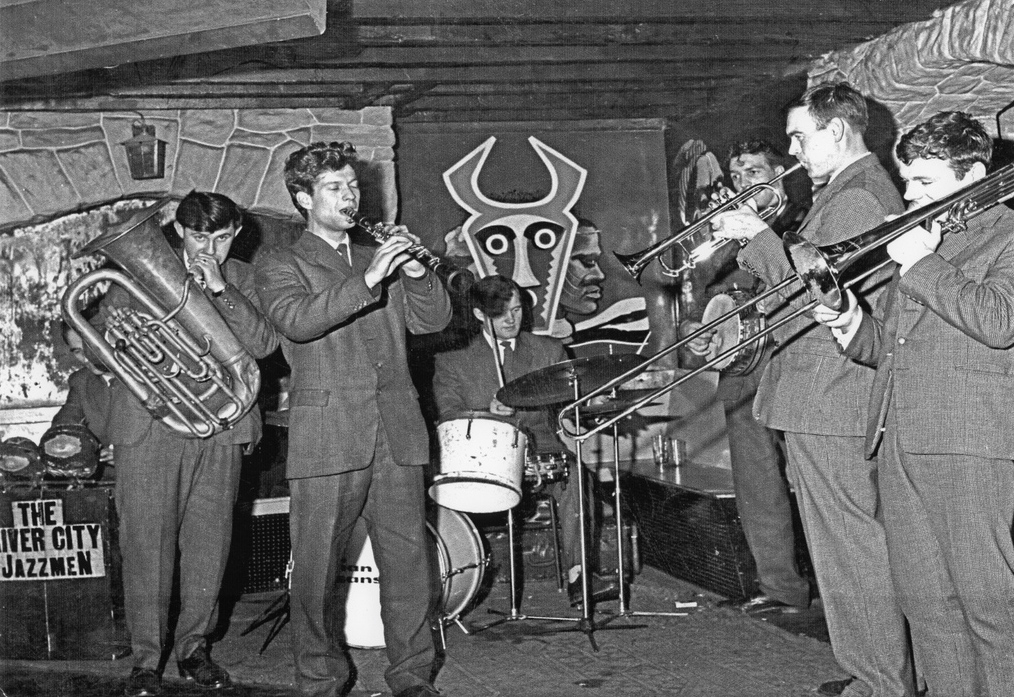 I first started playing at the old Cellar midway through 1966. At that time, the club was open seven days a week with a different local band every night. My memory of the premises is as follows: –

The hallway where Alf Hobson the doorman, dressed in a black suit, white shirt and bow tie, took your money and signed in guests had a small table not far from the front door. There was a bar in the one of the rooms to the right and the main rooms where the band played were downstairs in the basement. The basement had a stone floor and there was no stage and no dressing room. 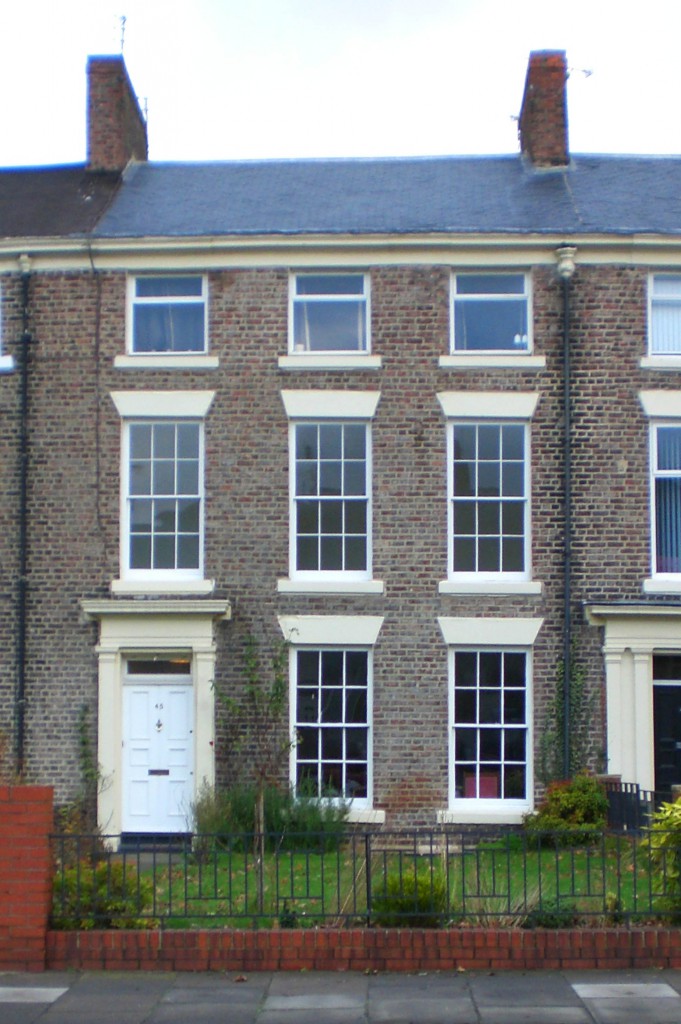 The following photos of the old Cellar were kindly sent to me by Brian Short who used to be a member of the North East band, the Sect. Brian visited the building which housed the Old Cellar decades after the club had closed. The owners at the time were having some building work done but up to that point had left the original basement much the same as it had been in 1966: – 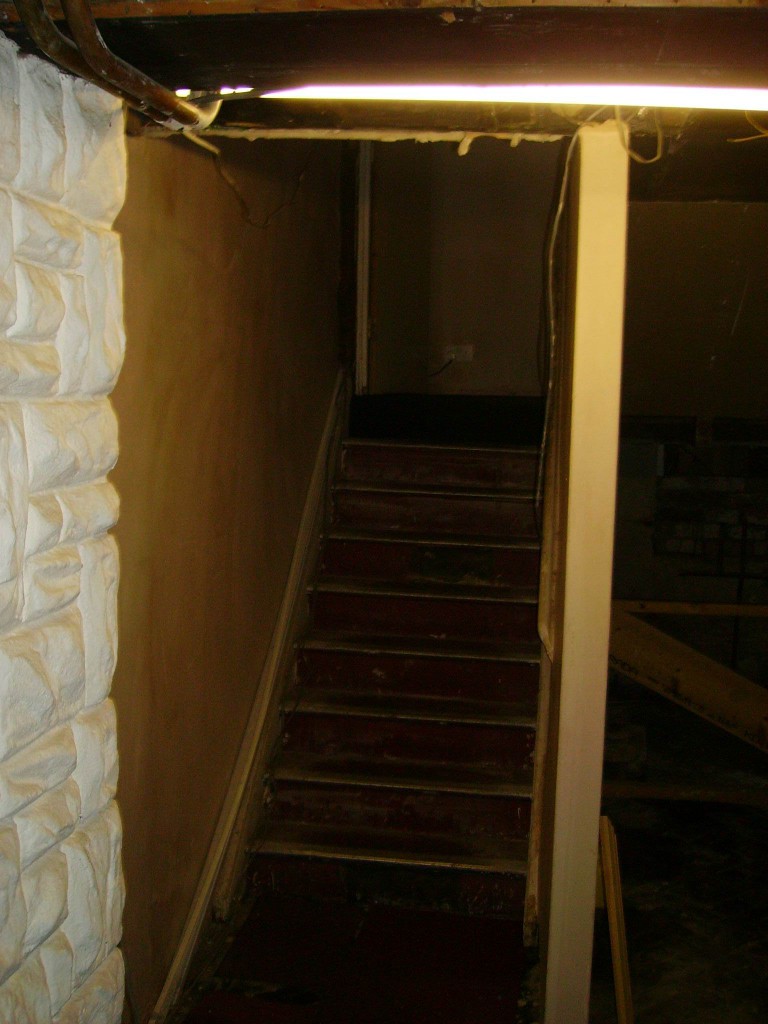 The stairs leading to the basement 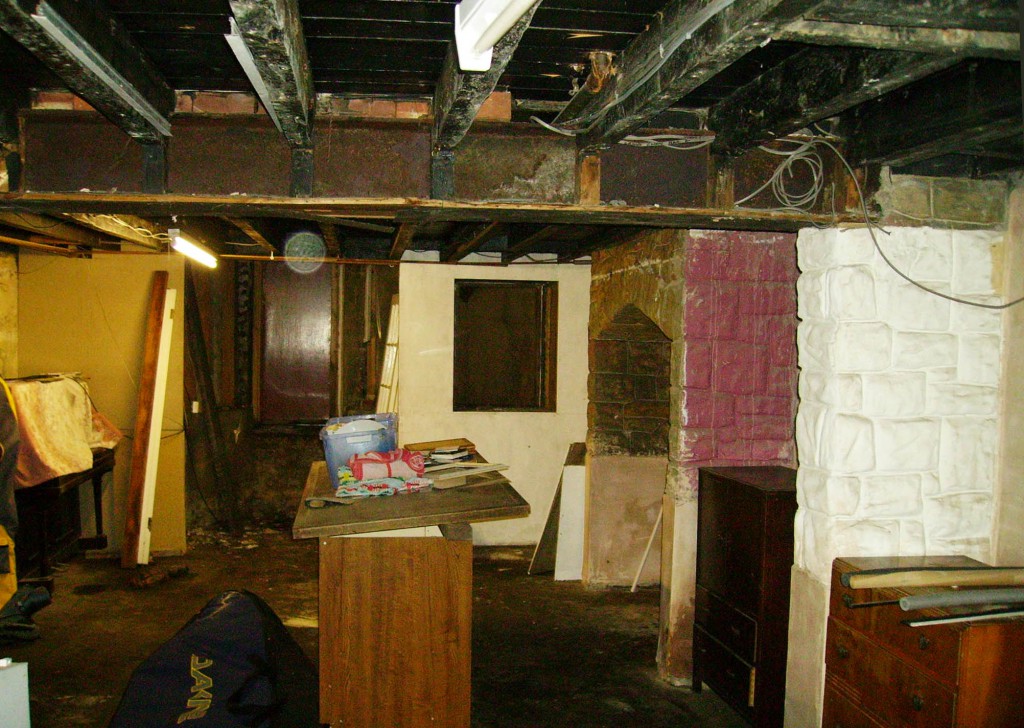 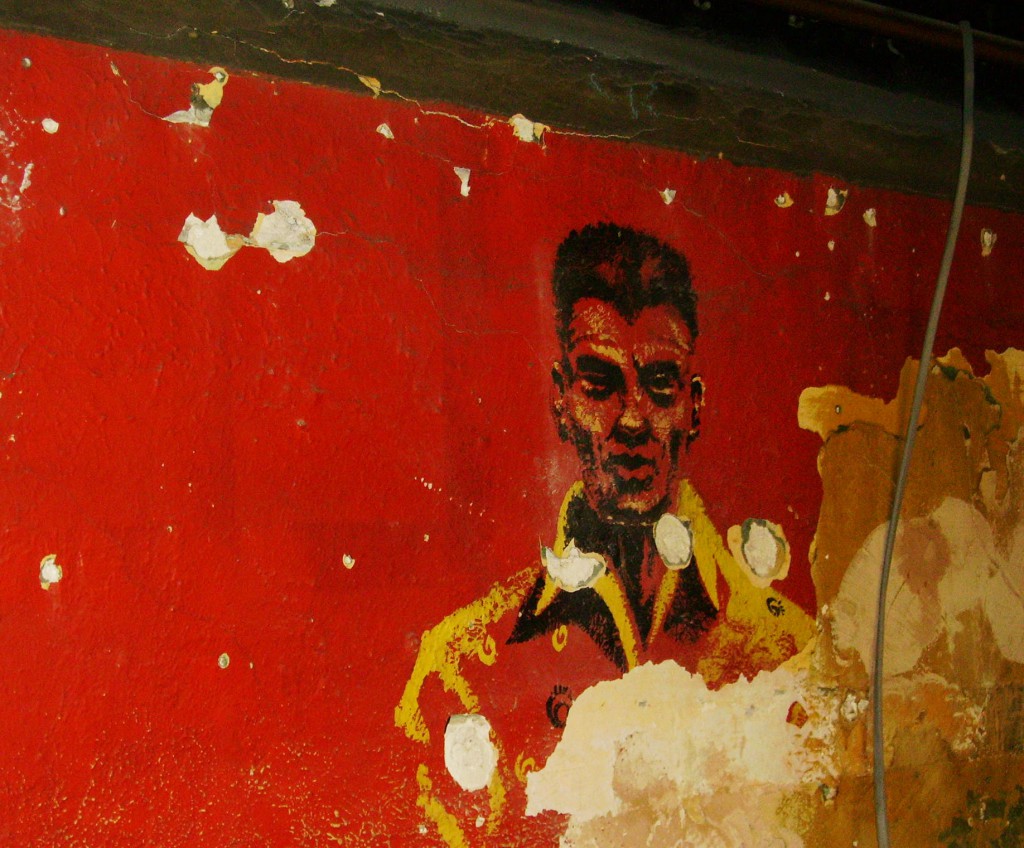 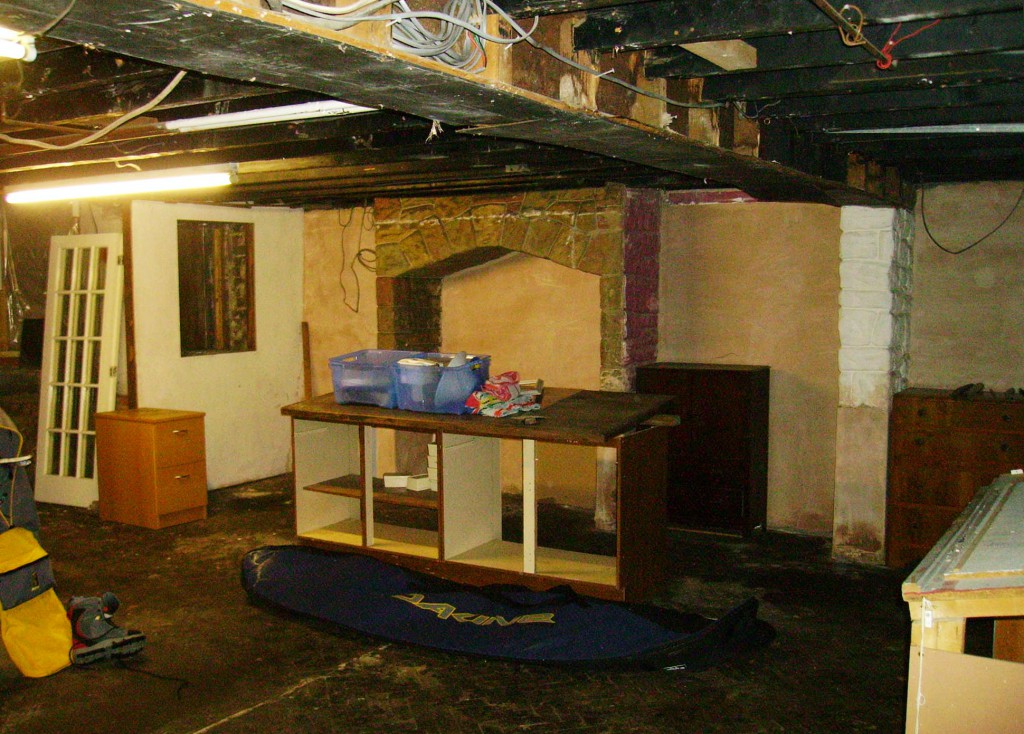 I was one of the first musicians to perform at the new Cellar Club on Thomas Street. Before the official opening on 2 December 1966, a party was held for the staff and the contractors who had built the club. The Jazzboard were booked to play at the party, which took place on 1 December 1966.

The main dance floor was on the top floor with raised seating areas on three sides. Unlike the old Cellar, there was a stage for the band and the DJ. In fact, musicians were well catered for with their own dressing room/relaxation area behind a revolving stage. The bar was on the raised area opposite the stage. From what I can recall, there was a bar and eating area on the first floor and the only places accessible to the public on the ground floor were the foyer and toilets. The place was well decorated and furnished.

Advert for the New Cellar

I remember the round black tables which were specially made for the club. On the surface they had the names of the local groups and jazz bands that had appeared at the old Cellar club; groups such as the Junco Partners, Shades of Blue, the Shady Kases, Gregg Burman – plus my own group, the Jazz Board. 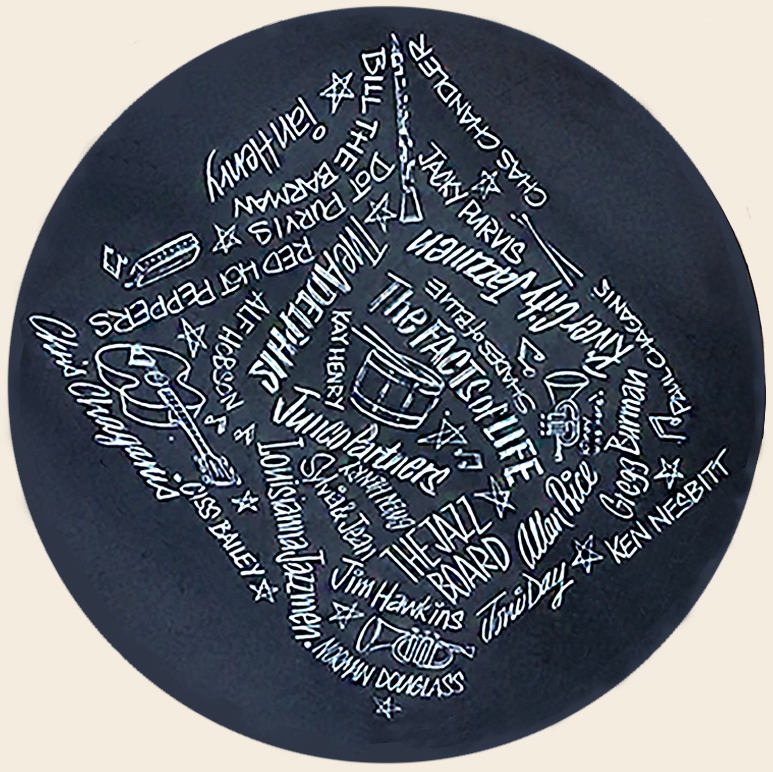 During the first few years, a lot of well known acts played at the New Cellar. Some that come to mind are: Geno Washington and the Ram Jam Band, Alex Harvey, Family, Chicken Shack, Rory Gallagher, Tim Rose and, of course, Jimi Hendrix. Here is a link to a site about Jimi Hendrix gigs in the North East. There’s also a lot about the Cellar and some information about some north east bands that played there in the sixties. 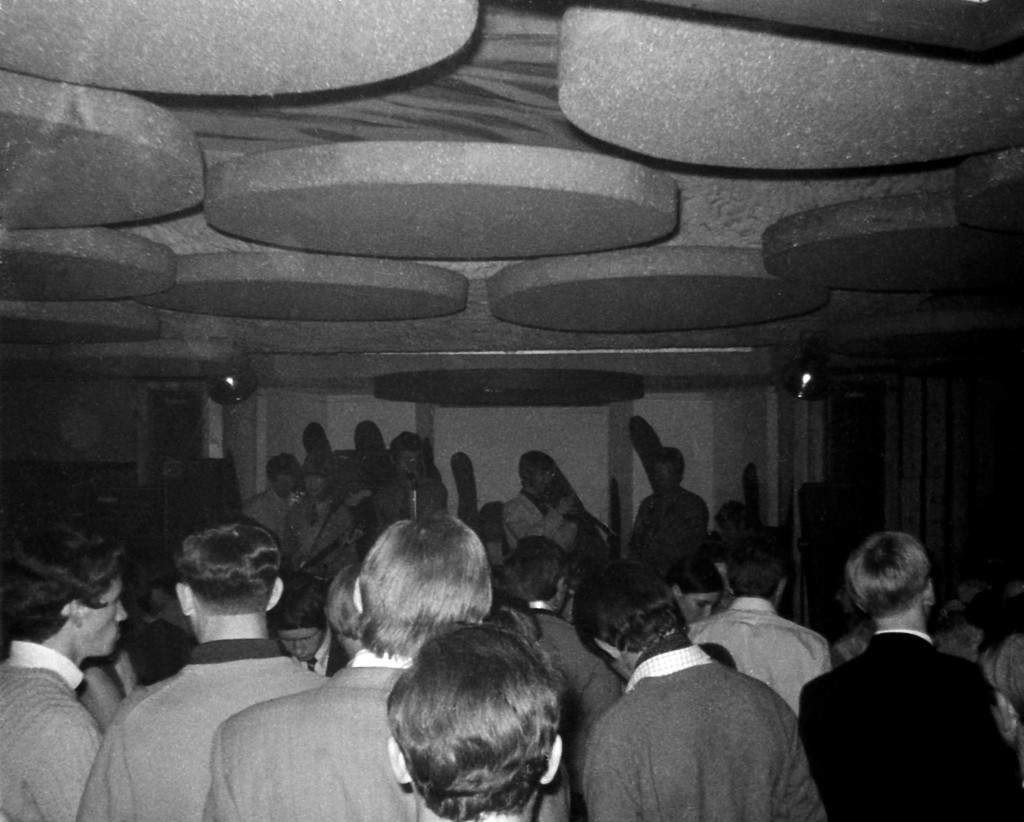 View of the stage from just below the bar area

The following tickets from the New Cellar were kindly sent to me by Fred Kirkland who was one of the founding DJs at the club. 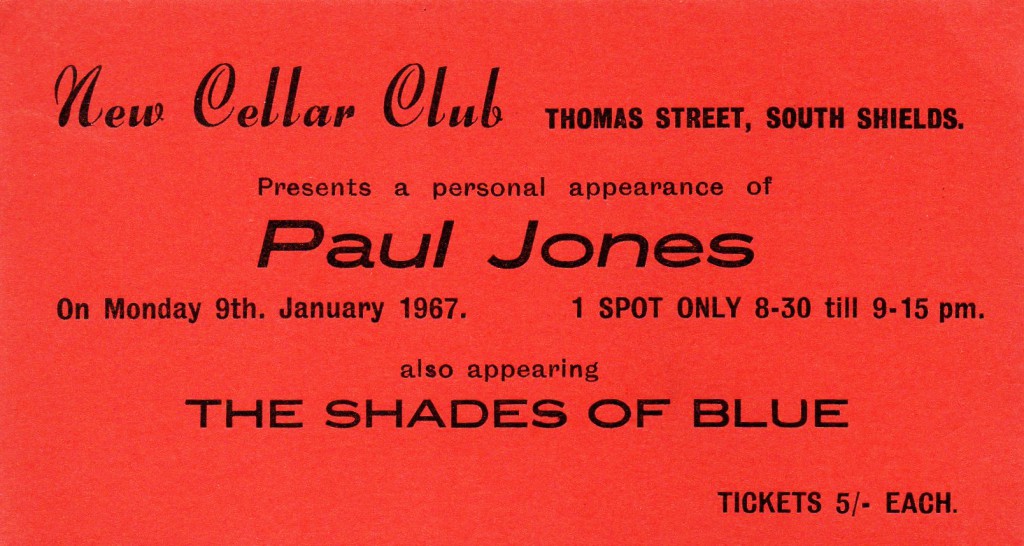 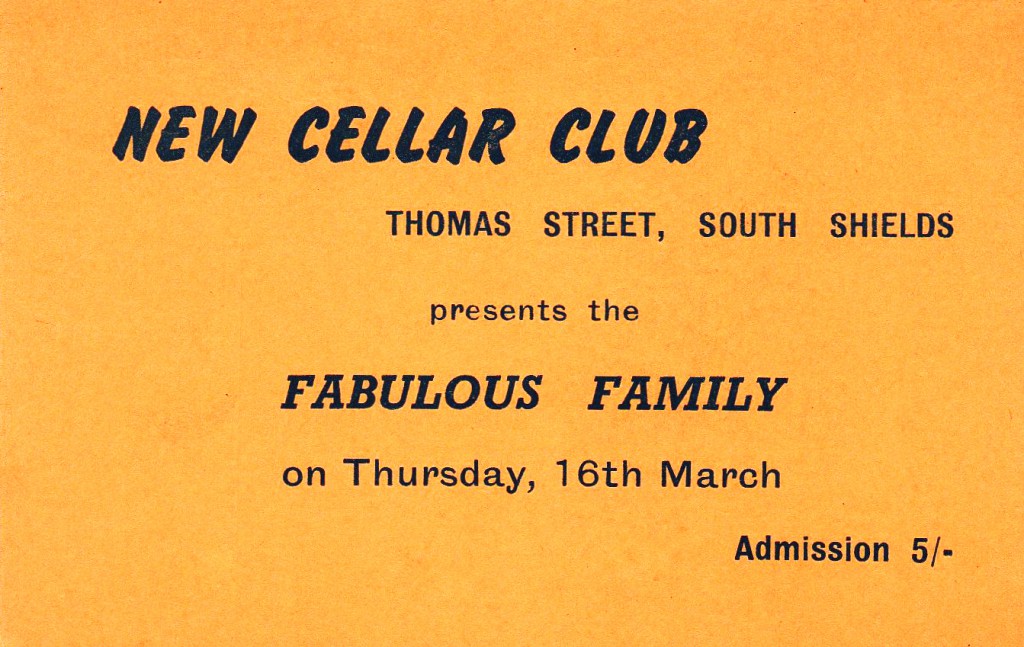 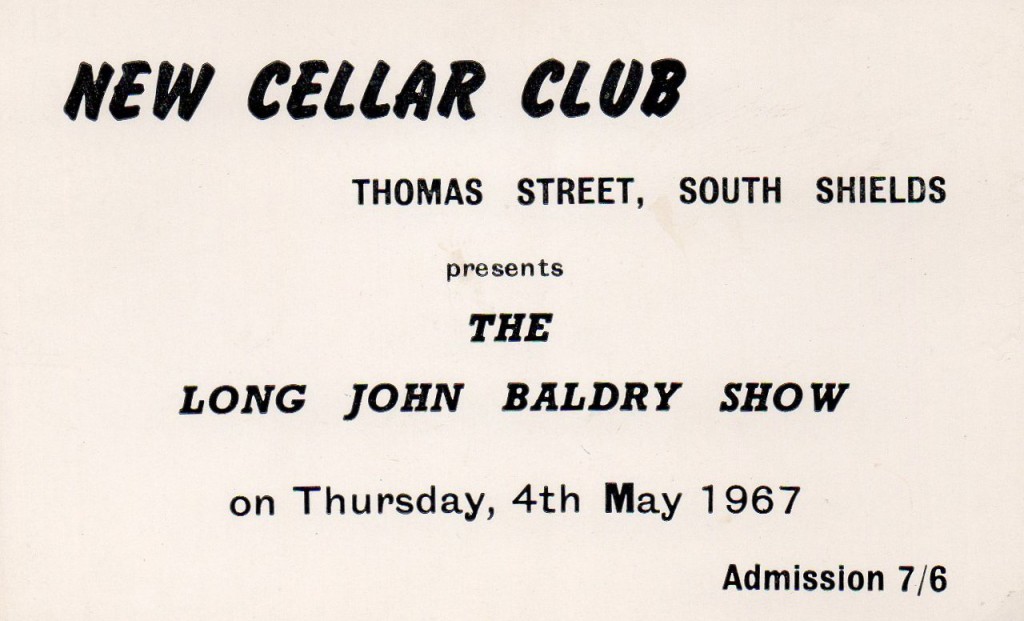 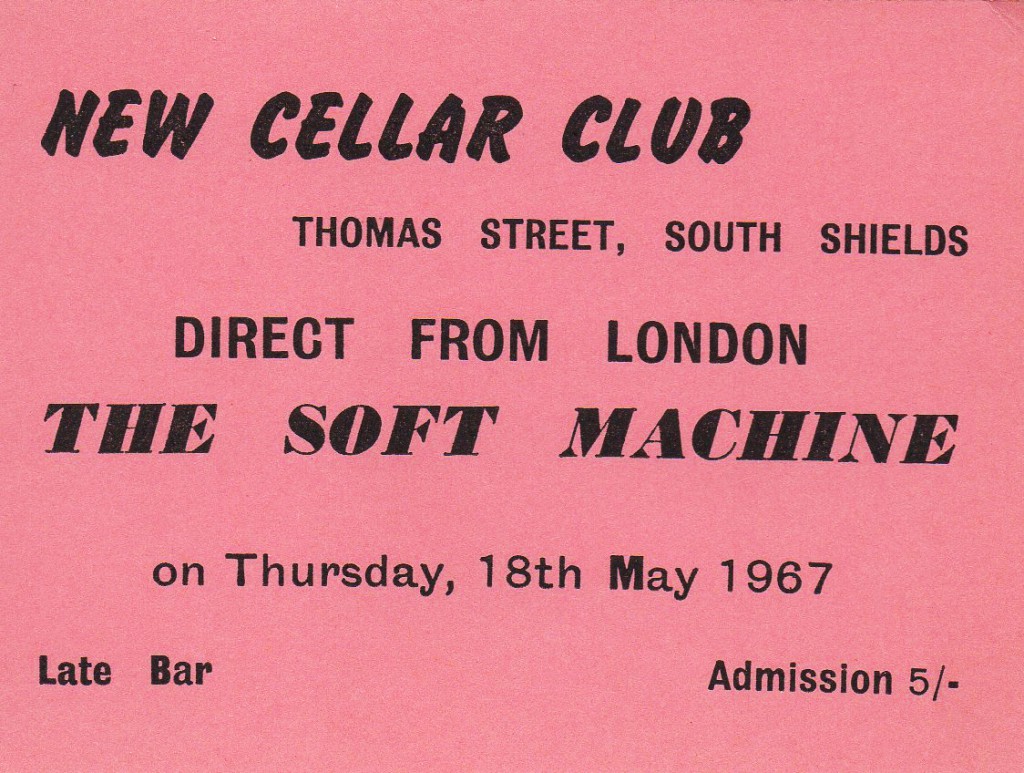 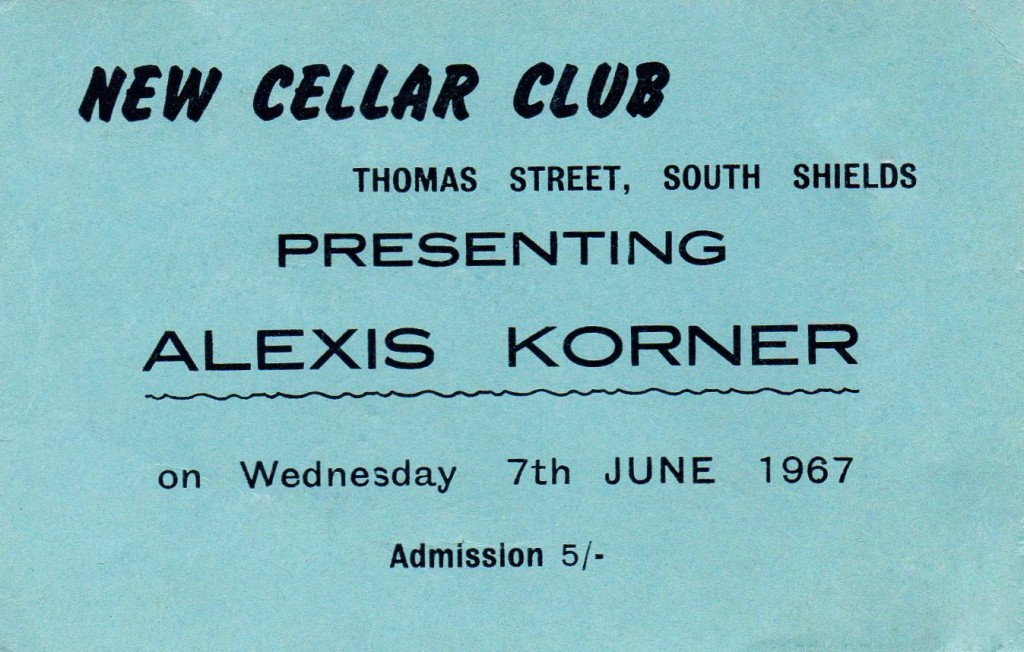 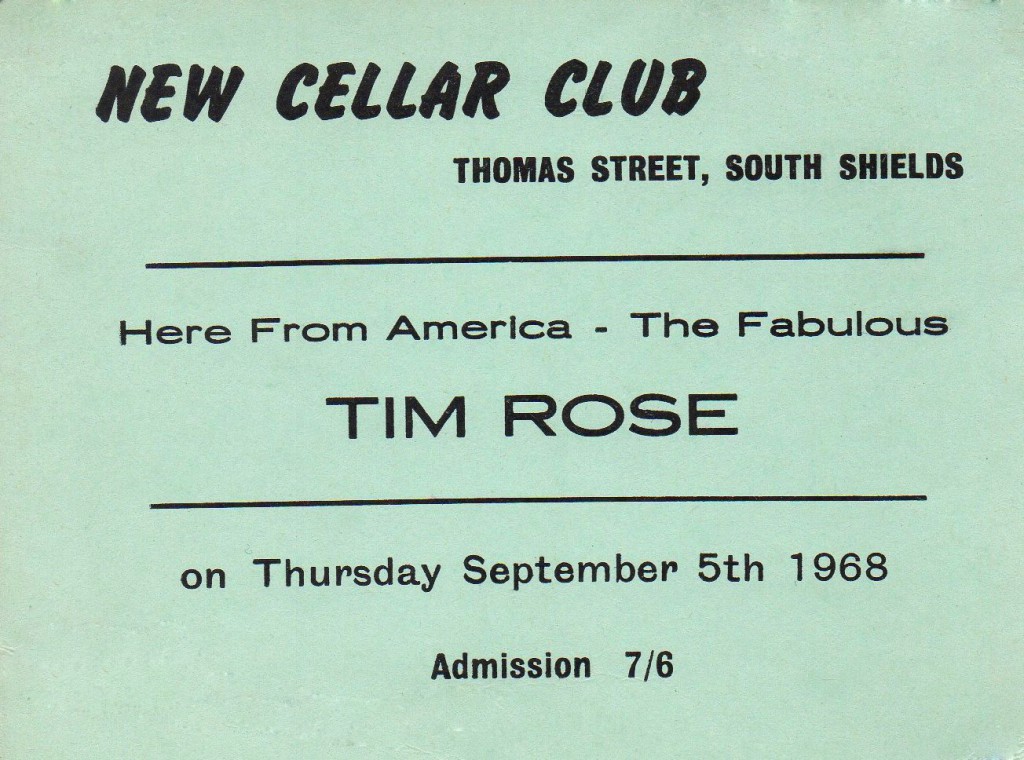 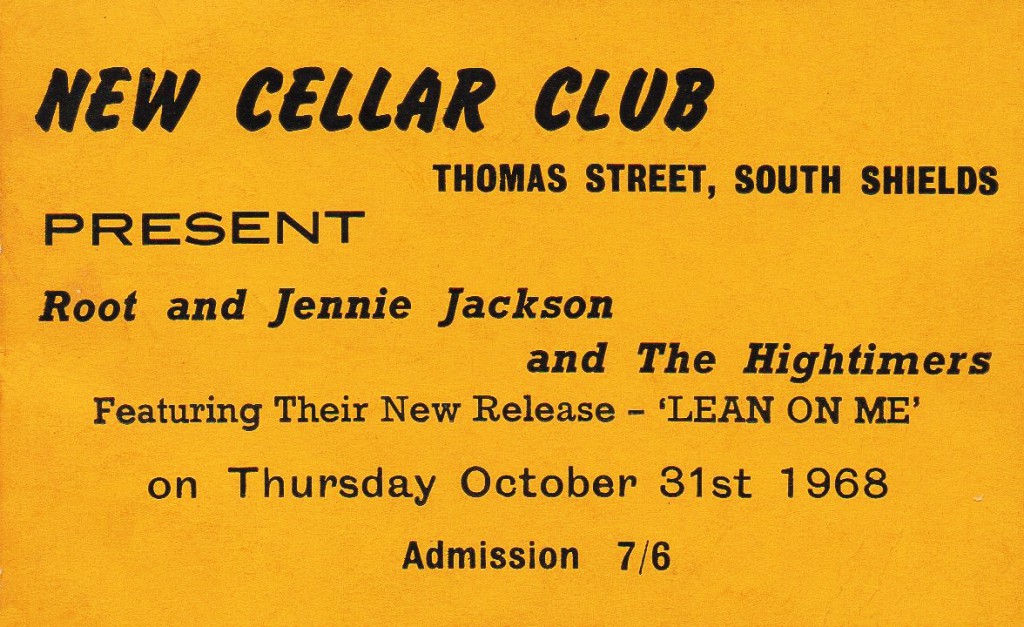 Here’s a black and white photo of Fred, which should back memories to anyone who was a regular at the New Cellar in the late 60s. In the colour photo, the DJ in the booth is Pete Edmondson:- 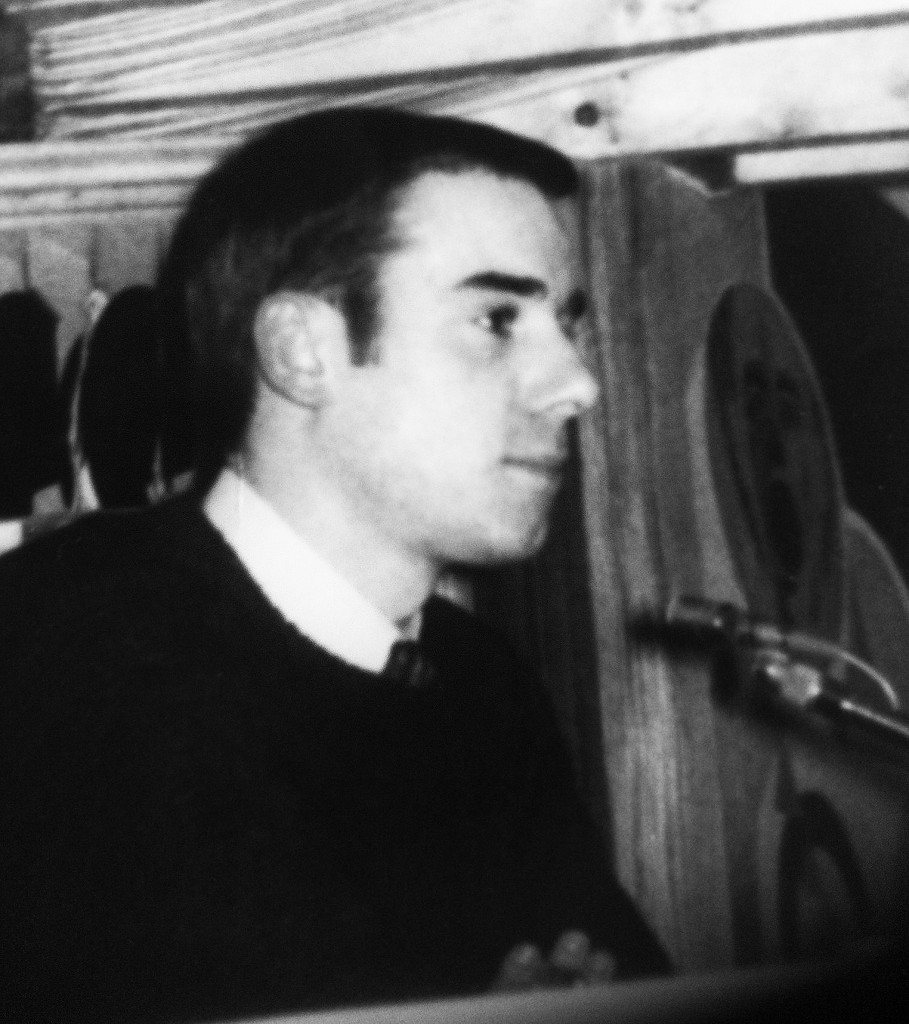 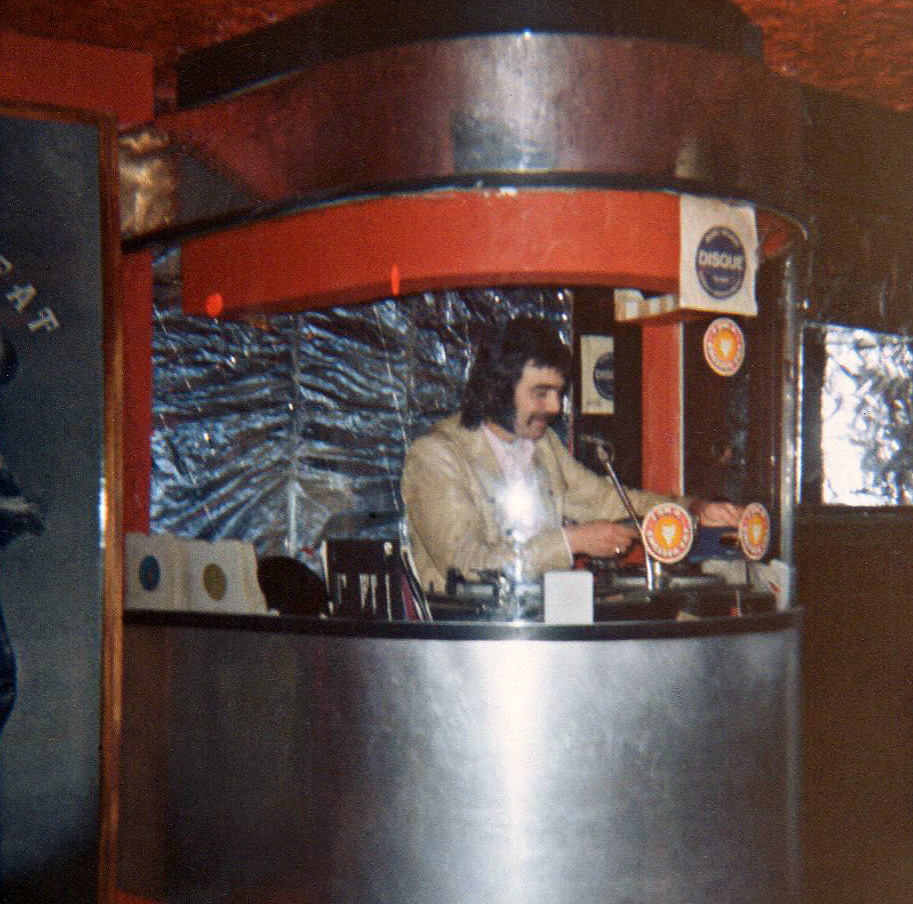 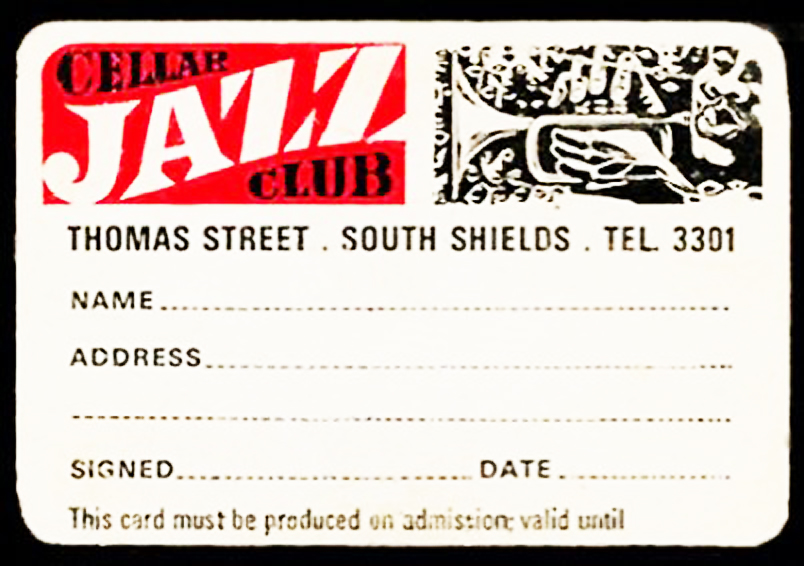 Membership card for the New Cellar 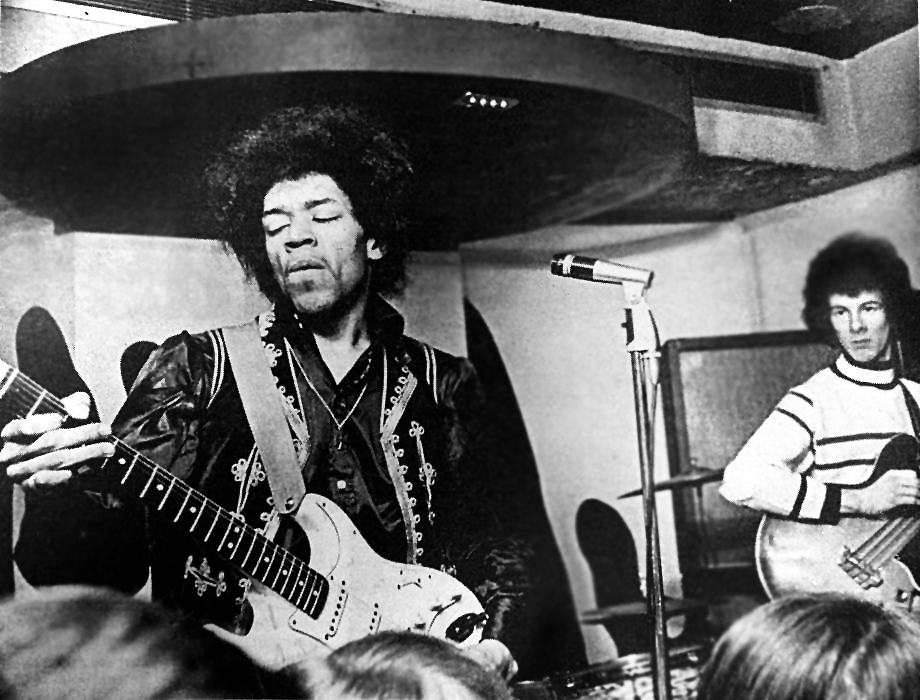 Jimi Hendrix at the Cellar on 1st February 1967 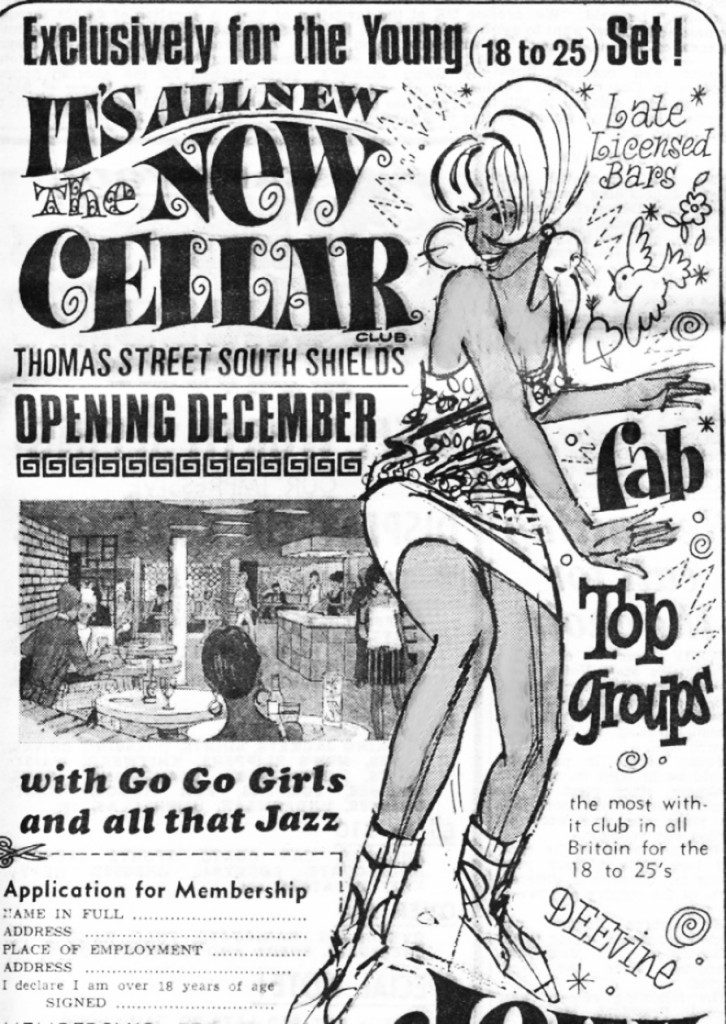 Membership application for the New Cellar 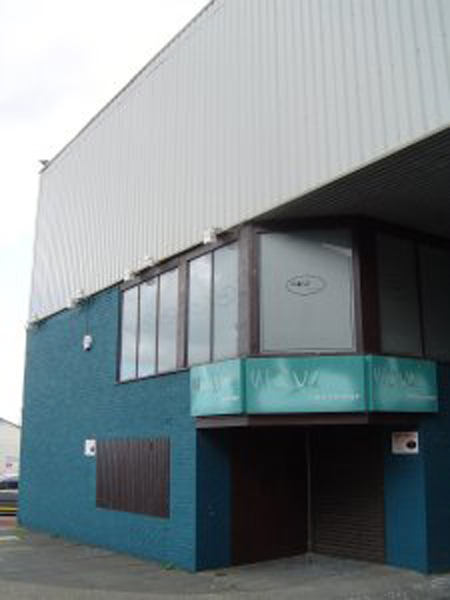 Adverts for the Cellar Jazz Club (the old Cellar Club on Beach Road): – 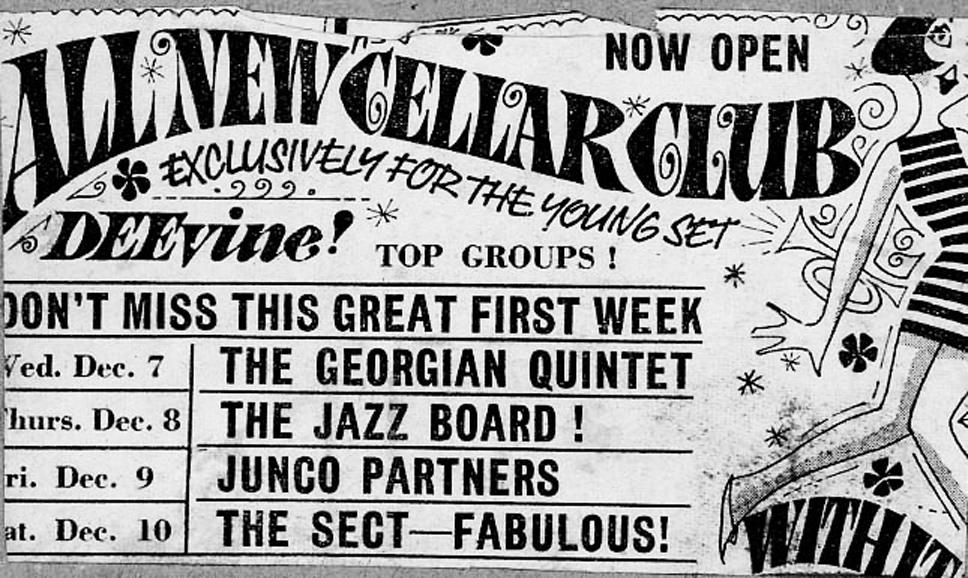 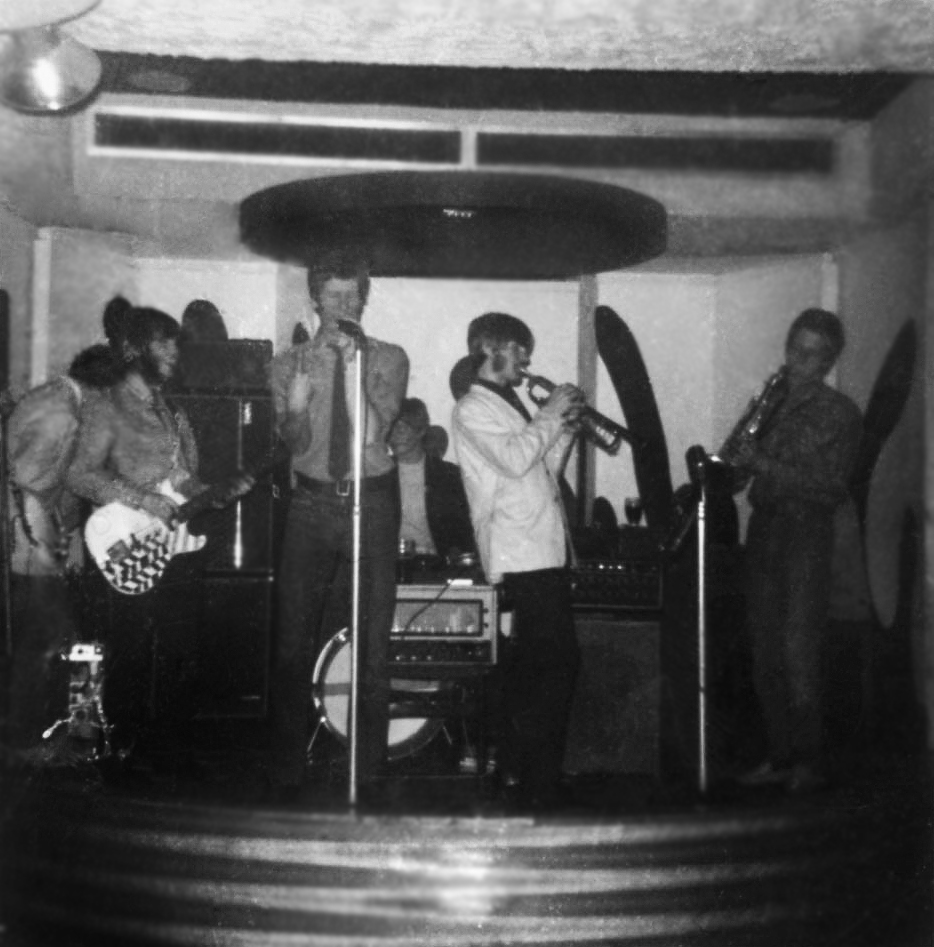 Jazzboard performing at the New Cellar Club, Thomas Street in 1967 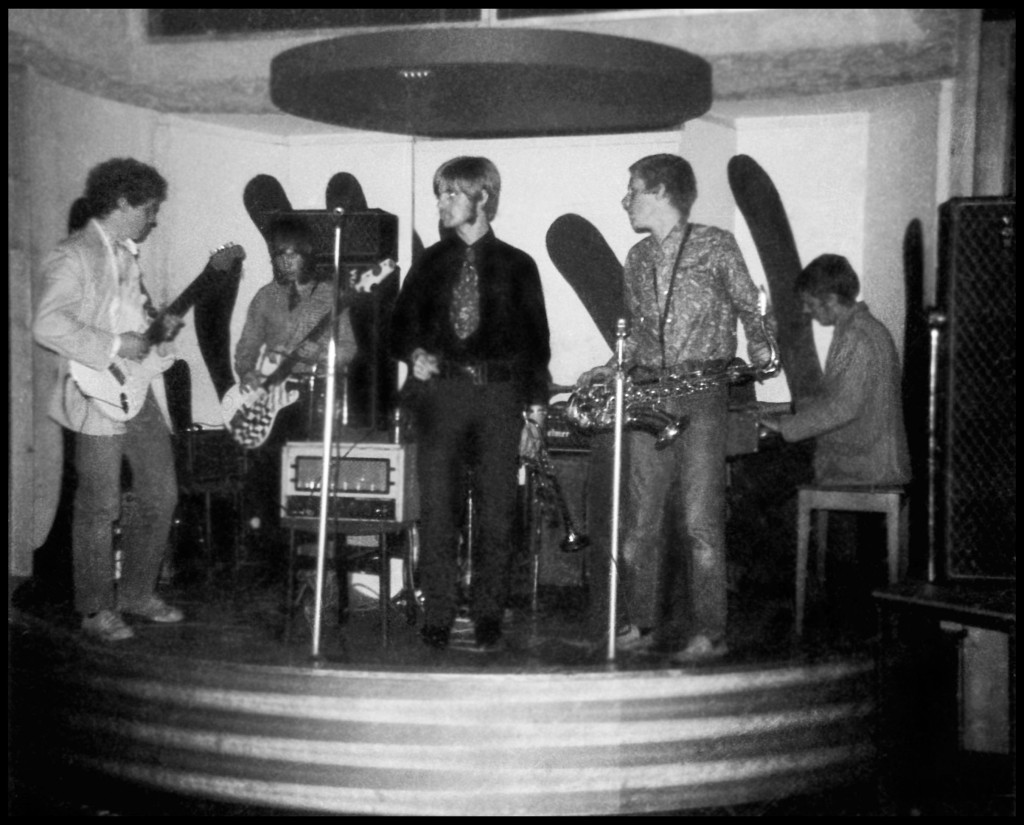 The Cellar club eventually became the Chelsea Cat and continued under this name until the eighties when it closed down.