A while ago I received some great photos and stories all the way from Athens. Before I go into details about the subject and source of this memorabilia, let’s rewind just over four decades to the point where the swinging sixties had just swung past the half way mark.

In 1965 and 1966 it seemed a certainty that one or more of three popular Newcastle bands would achieve national success. These bands had a huge following in the north east and all three had the musical ability and charisma to make it to the next level. First of all there was the Junco Partners, the resident band at the Club a’Gogo. Not only did the Juncos have a recording contract but they were also managed by the successful London promoter, Robert Stigwood. The second potentially up-and-coming Newcastle band was the Sect and last but not least was the Elcort who probably came nearer to becoming a successful chart band than either of the other two.

The memorabilia mentioned above was sent to me by the Elcort’s vocalist, Glyn Sadler who will be known to everyone who was connected to the north east music scene of the sixties and also many people who frequented the popular north east venues where the Elcort performed. Places such as the Club a’Gogo, Mayfair, Locarno, Majestic, Quay Club, the el Cubana and the Cellar Club. 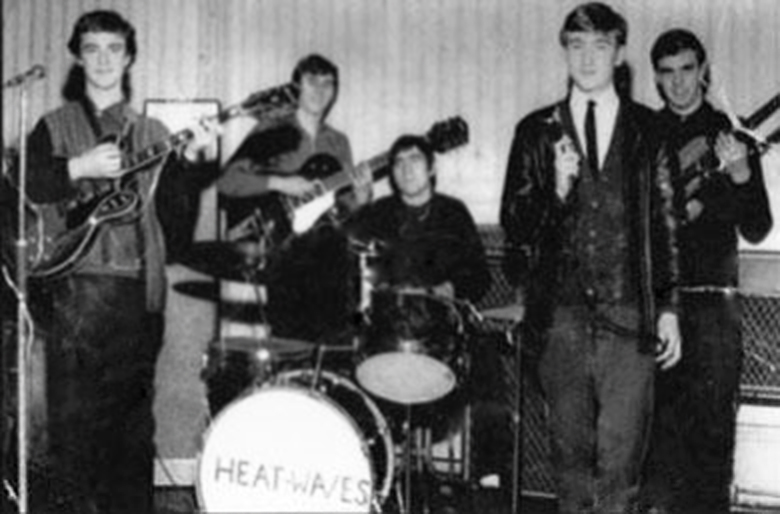 Glyn started his musical career as a singer with a Newcastle band called the Bright Lights in 1964. He left the Bright Light and joined the Heatwaves with Kenny Craddock. 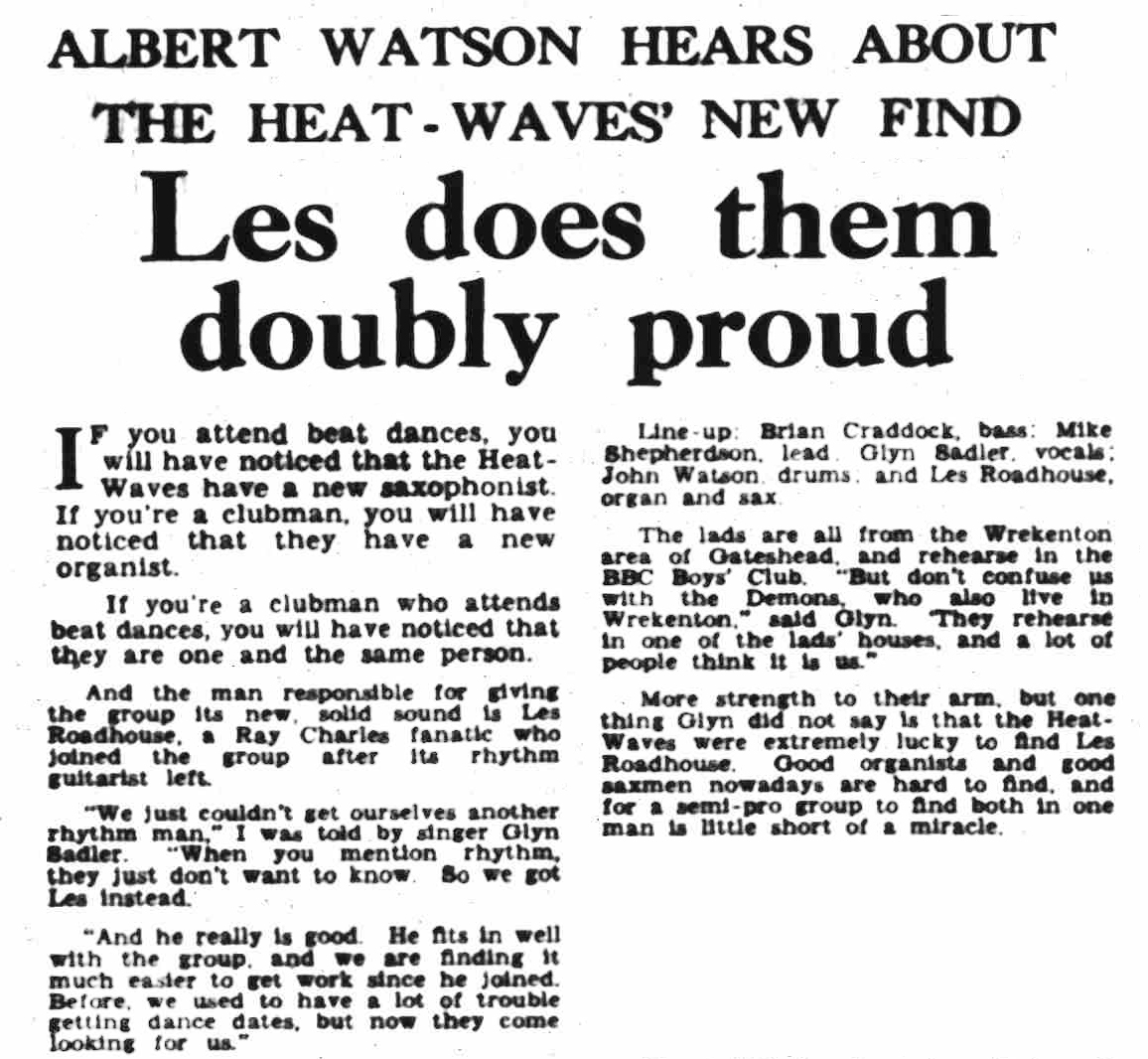 The Bright Light’s drummer was Brian Short who ditched his drums to become the vocalist after Glyn had left. Brian was later to become the front man with the Sect.

Kenny Craddock went on to form the Elcort under the management of Derek Balmer and later asked Glyn to join the band which became known as the New Elcort. After a relatively short time the band signed with Parlophone records and in 1966 released a single called Tammy; a song originally recorded in 1957 by the American film star Debbie Reynolds for her movie of the same name. The band decided to record this song after hearing the Graham Bond Organisation cover it in the Jazz Lounge of the Club a’Gogo. For the B side they recorded Searching, which was chosen at short notice on the day they recorded Tammy.

Glyn remembers what happened after the single was released: –

“When we came back from London Elcort was the flavour of the time and Tammy did well in the charts. Only the NME (New Musical Express) did not print the charts over the weeks when it was doing well due to a strike.

We were getting a lot of fan mail and I remember the postman coming to my house with a sack full of post and my mum going crazy. We were mobbed in Northumberland Street and everything was going well. We had a contract for a second record with Parlophone but we couldn’t write anything that was any good. We were sent reel to reel tapes of demos played by people on the piano or acoustic guitars so that we could pick a second single. After hours of listening we found nothing but apparently we let a few songs go that eventually made the charts including Everlasting Love (subsequently a hit for the Love Affair).”

Listen to Tammy by the Elcort 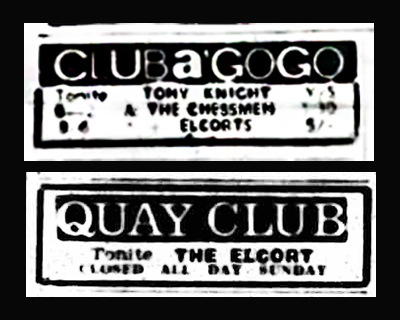 The Elcort’s manager at the time was Derek Balmer. Although he was good at dealing with the recording companies he wasn’t that familiar with the booking circuit and like most managers who think they have the best group, he sent the Elcort off on a four week promotional tour playing every night (and sometimes twice a night). The band toured throughout the country, from Newcastle to Manchester; from the Cavern at Liverpool to the Marquee and Scotch of St James in London. The band also took up a residency at a club called Sibylla’s in Marble Arch, London, which was apparently owned by one of The Rolling Stones. The residency came to an end one night after Brian Jones turned up at the club with three girls and as a prank pulled the electric plug out of the wall as they were leaving. According to Glyn, he was chased up stairs by the Elcort’s bass player Dave Eckhard who only stopped hitting Jones when he was told who he was. 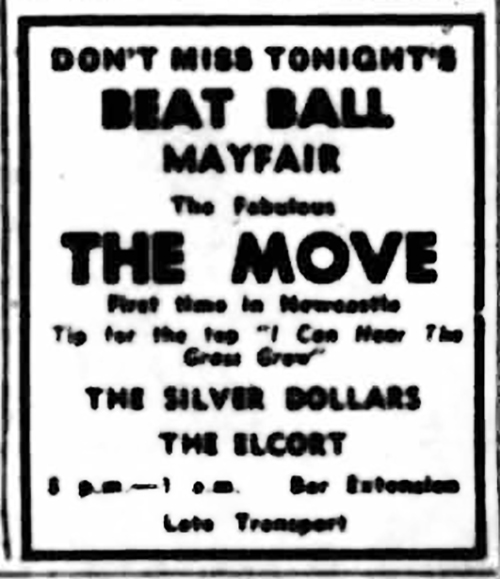 The Newcastle agent, Ivan Birchall eventually took over the management of the Elcort along with the Sect. Both bands became good friends and, along with their roadies, played 5-A-Side football together most weekends in the Majestic after it closed for the night but before the cleaners turned up. They also went to each others gigs if one or the other had a night off.

Although Glyn was offered a recording contract as a solo singer (which he declined) he figured that there were too many great singers about for him to make it on a professional level. In contrast, a couple of the guys in the Elcort, Kenny Craddock and Paul Nichols, still had aspirations to make the big time in London. The outcome of these ambitions and Glyn’s preference to stay in the north east was that the Elcort split up. Kenny and Paul teamed up with the Sect’s singer, Brian Short and formed a band called New Religion. Rob Turner and Dave Eckhard joined the Pleasure Machine. Glyn and Derek Rootham joined the Sect. Glyn stayed with the Sect for a couple of years and was then with a band called Elmore Green for a while.

New Religion didn’t make it but both Paul Nichols and, in particular, Kenny Craddock went on to bigger and better things. Amongst others, Paul was the drummer with Skip Bifferty, Lindisfarne and Widowmaker (with Steve Ellis from Love Affair). Kenny had a highly successful career as a session musician and musical director, working with many top artists including Ginger Baker, Ringo Starr, George Harrison and Van Morrison. Sadly, Kenny’s career came to an abrupt end when he died in a car accident in Portugal in 2002. His obituary in The Guardian is a great testimony to his talent and shows how much he was respected as a musician.

Unlike the Junco Partners who are still performing in the north east, the Elcort’s career was relatively short lived, lasting less than two years. But they still remain one of the most remembered local Newcastle bands of the sixties. Who knows what might have happened had they found a suitable song to follow up their one and only single – Tammy? 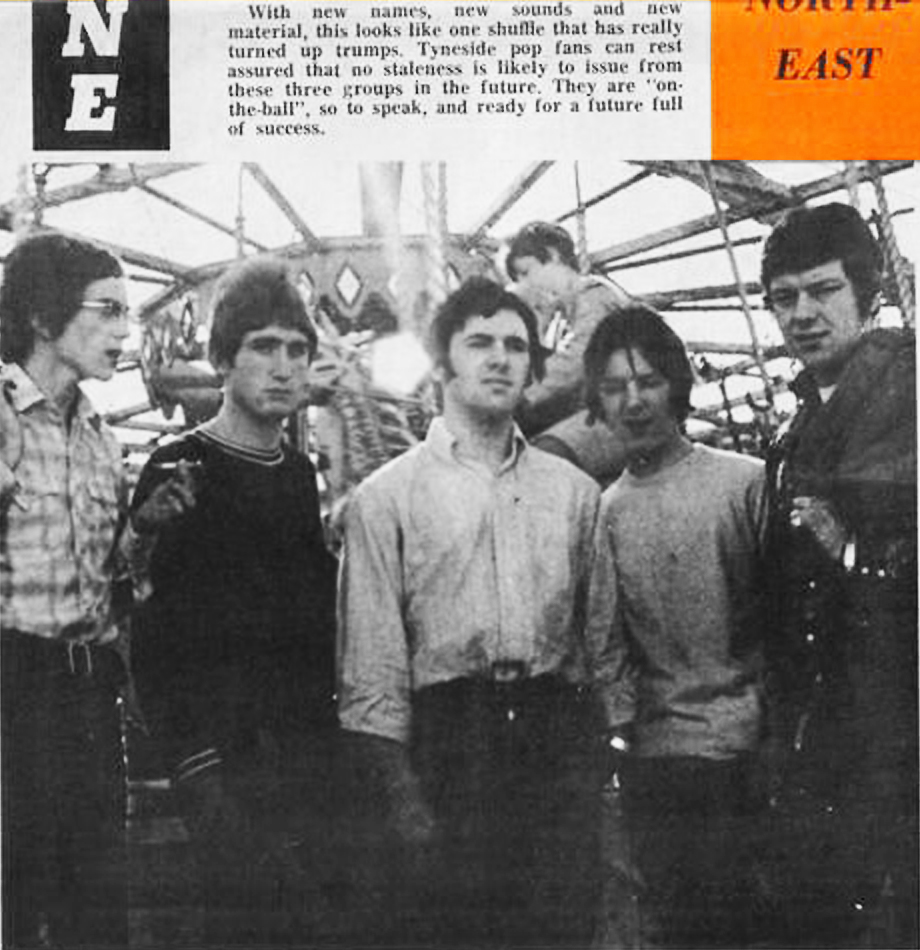 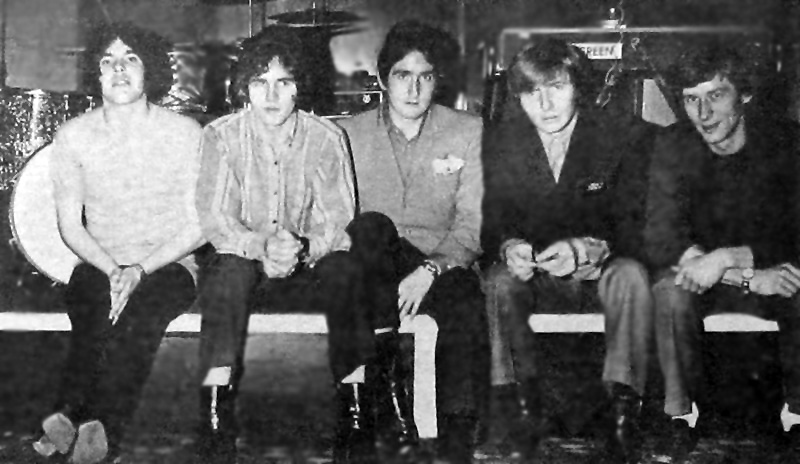