Back in the early to mid sixties, the opportunities for a north east band to become known on a national level were quite limited. The usual route for a band to break into the big time was to build up a following in the north east’s clubs, pubs, ballrooms and colleges and then head off to London with a bit of a reputation and a good manager.

But what if you wanted to test the water first? That’s easy – you could send a recording of your band to the London record companies and impresarios, couldn’t you? Well, it wasn’t quite as easy as that in the mid sixties. For a start, there weren’t that many studios around. As for DIY jobs; the only affordable recording devices back then were unsophisticated reel-to-reel tape recorders with cheap and nasty microphones. In the mid sixties Mortonsound in Newcastle was the place that most north east bands went to make a record. There was no fancy multitracking and normally the recording would be done in one take. You were at the mercy of the sound engineer – a guy in a white laboratory coat who, at the time, seemed at least a generation older than the band. 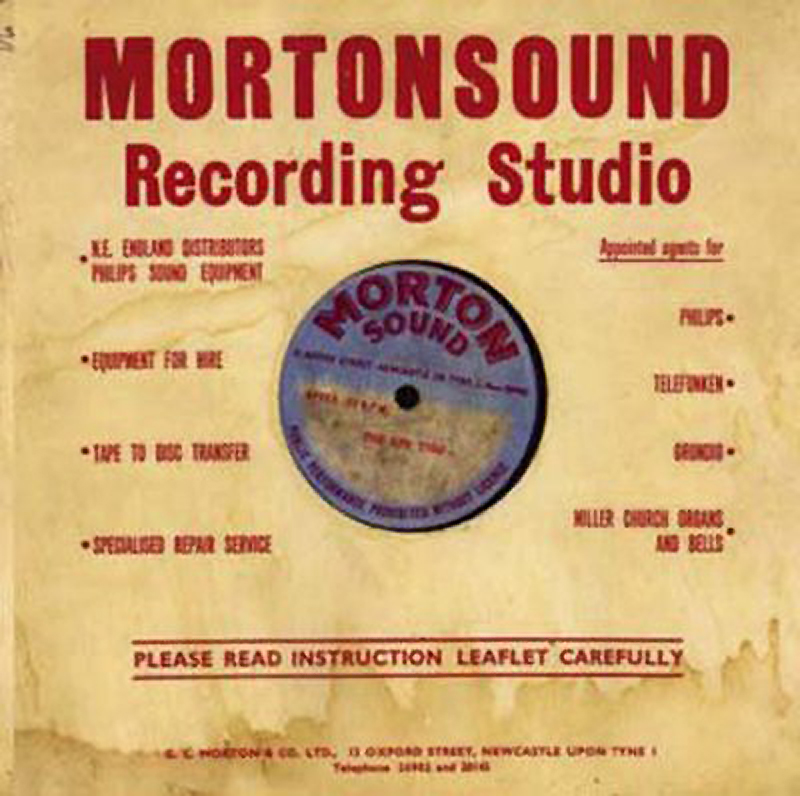 A Mortonsound record – the Kon Tors, an early version of the Animals 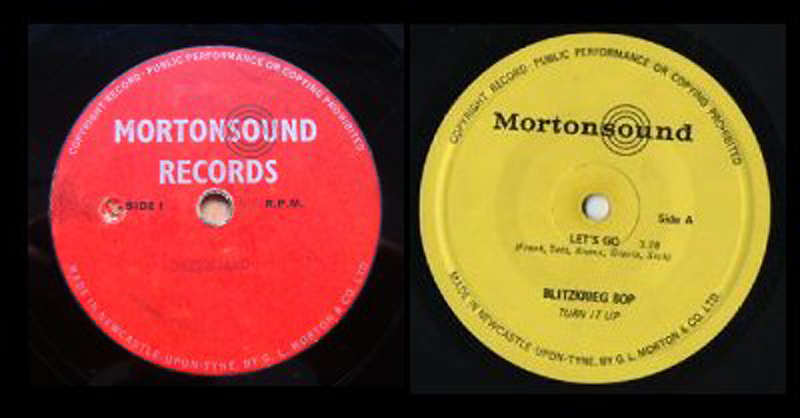 So you’ve scraped a little bit of money together, bought some time at Mortonsound and have ended up with as many vinyl coated aluminium disks as you could afford. Each of the band members, the manager and the roadie want a copy for posterity so there are no disks left to promote the band. And you can’t even copy the recording and send off tape cassettes to London because cassettes weren’t available in the mid sixties. Oh well, back to the north east pubs and clubs for the time being. 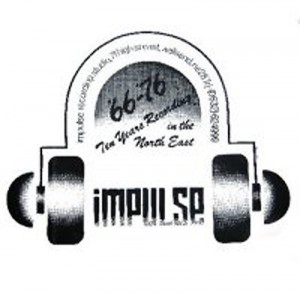 Later on in the sixties a few more north east studios started to appear giving bands a bit more choice about where to record their masterpieces. There was Dave Wood’s Impulse Studio at Wallsend, Torino Sound in Sunderland (which relocated to Newcastle in 1969) and Multichord in Sunderland. Compared with Mortonsound, these newer studios were a bit more user friendly and the owners were more approachable. You could even book rehearsal time at some of them. For some reason, the disks that you ended up with were usually a bit disappointing and weren’t comparable to commercially produced records. They sounded a bit like your band without the bass! People like Dave Wood knew what they were doing and had good recording equipment so I guess the weakness was the way the recording was transferred to disk or the disk media itself. Or perhaps ‘Mastering’ had not been invented in the sixties. 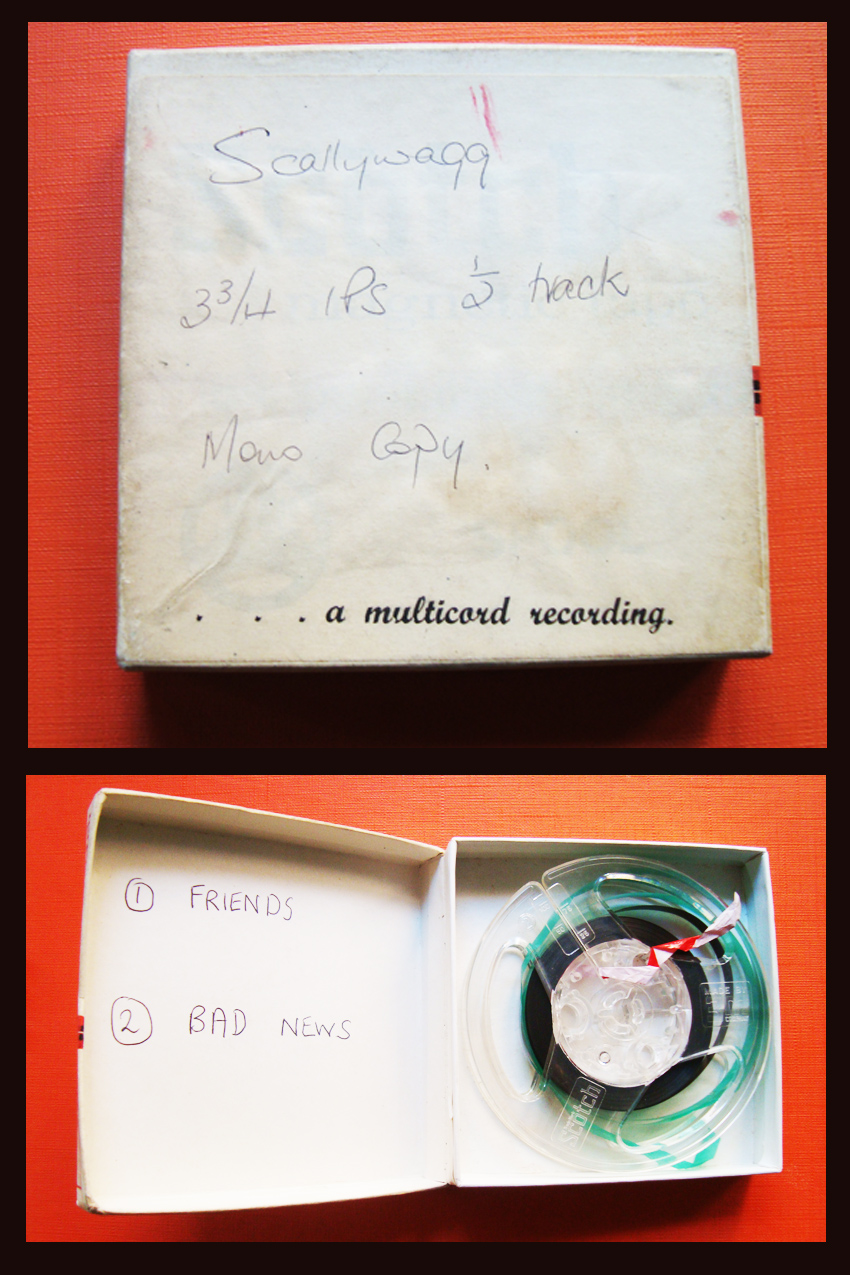 The end product from a session at Multichord, Sunderland in 1971 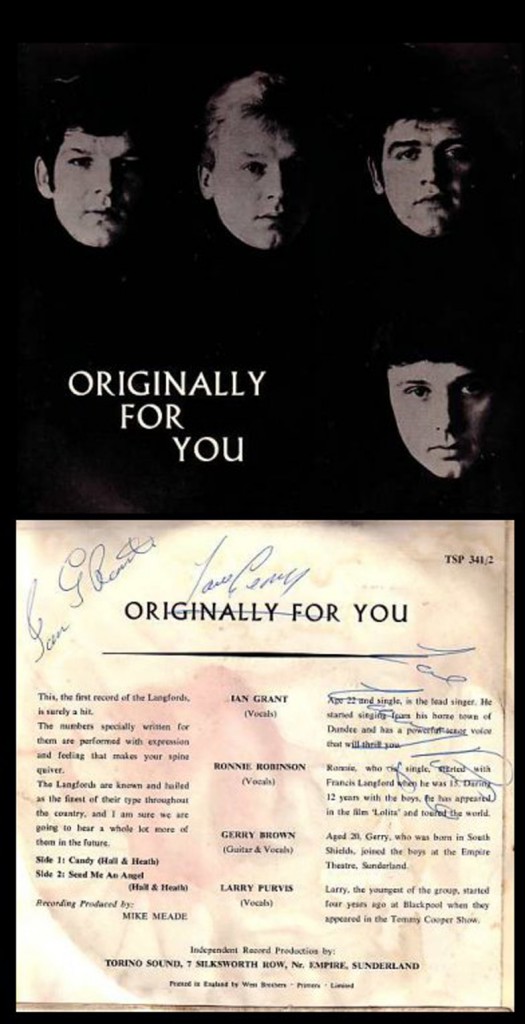 The Langfords – sleeve for a recording produced at Mickey Meade’s Sunderland studio, Torino Sound in 1969

Fast forward three or four decades to today’s technology. Now with a laptop computer, audio software such as Cubase, Cakewalk or Ableton Live, an inexpensive audio interface, some decent microphones and a bit of know-how, a band or vocalist can knock out CDs with almost the same audio quality as a commercial CD.

About a year ago I came into contact with Dave Snowdon, the guitarist from one of my early bands – the Conrads from Sunderland. We hadn’t seen each other for about forty years and by coincidence we had both moved away from the north east in the early seventies. Unbeknown to us, we had lived only an hour way from each other for quite a long time. We have been corresponding by email ever since and occasionally meet up. A few months ago, for old times sake we decided to do a recording of an old sixties song. Dave recorded his vocal, guitar and bass parts at his home in Gloucestershire and sent me the tracks by email. I recorded my sax and keyboard parts at my home on separate tracks which I sent back to Dave. Dave mixed and produced the final track using Cubase. We then got together to record a video for Youtube, which we have dedicated to a couple of the Conrads guys who have passed away.

The wonders of technology! Back in the sixties you would never have believed it would be possible for unknown musicians to produce a recording with such ease and then make it available worldwide. And the quality of today’s digital DIY recordings (but not necessarily the content) is as good, if not better than the recordings made in local studios in the sixties. Just to prove the point, here’s a recording of Dave’s band the ‘Upnorth Combine’ made at Mortonsound in 1965.