In 2011 I was present at a reunion of people involved in Newcastle’s club scene in the 1960s. The rendezvous took place at the Jazz Café on Pink Lane, a venue owned and run by the eccentric, charismatic Keith Crombie also known locally as ‘The Jazz Man’. Although it had been nearly forty years since I’d lived in the northeast I was well aware of the celebrity status that Keith had acquired in recent years. His name had cropped up many times while I was researching material for this web site, in particular regarding his involvement in some of the Newcastle clubs in the sixties. I also had vague memories of meeting him in his role as a doorman at the Club A’Gogo when I played in northeast bands back then.

It was a pleasure to meet Keith in May 2011 and to have a look around the Jazz Café, which at the time struck me as being a combination of a ‘shabby chic’ bar, a dilapidated 1960’s transport café and a second hand bookshop. 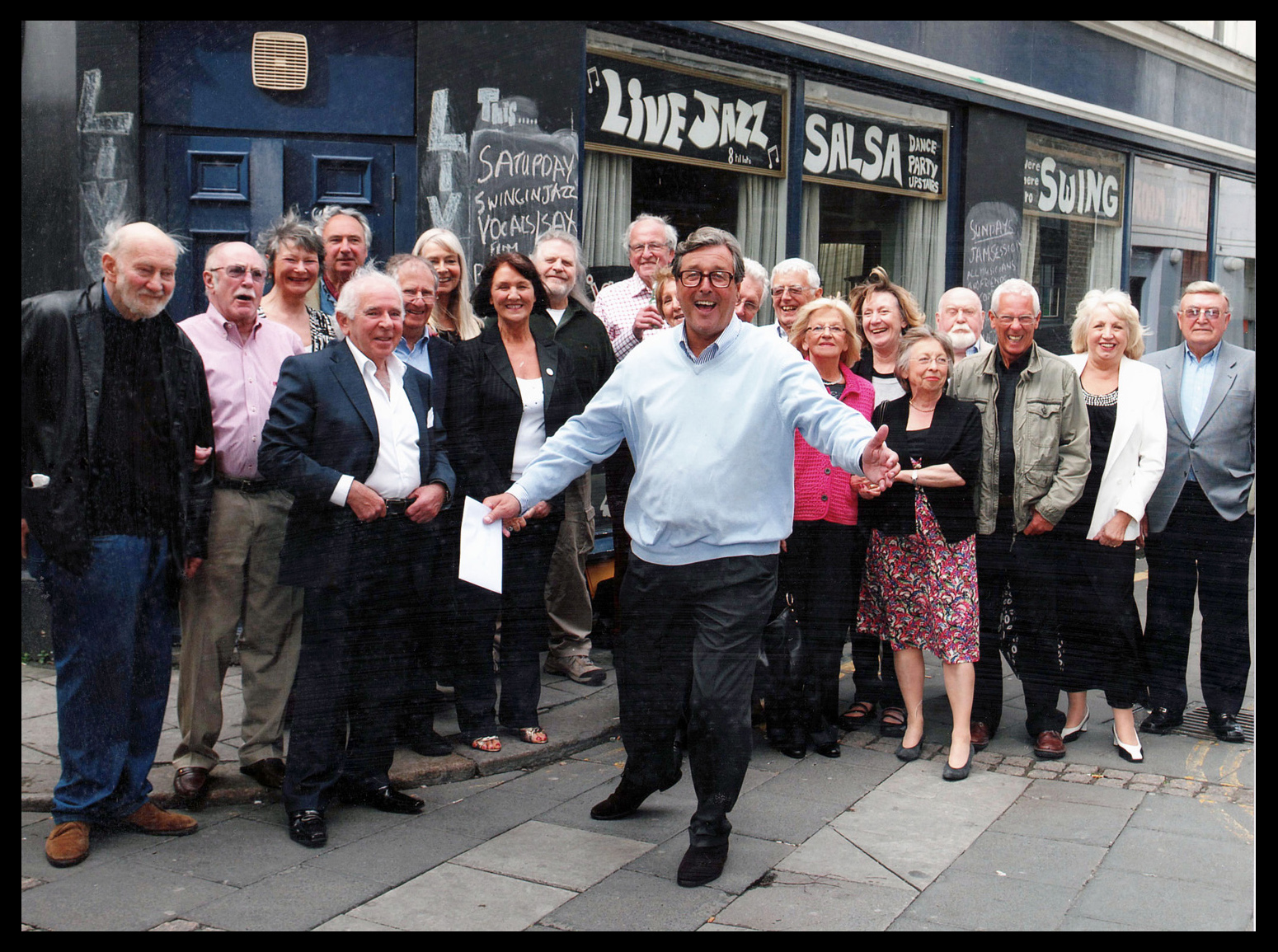 The Jazz Cafe reunion in 2011 with Keith Crombie far left.

A few months after the Jazz Café get-together I was contacted by a lady called Abi Lewis who asked if I could help out with some background information in connection with a film she was making about Keith Crombie and the Jazz Café. Although my knowledge of Keith was limited, I was able to provide Abi with some contact information and some images used on the Club A’Gogo page of this web site.

Sadly, the following year Keith died of pneumonia but by this time Abi had accumulated enough interview footage of him to be able to complete the project.

Since 2011 I’ve kept abreast of the progress of the film through social media and various Internet sites. A week or so ago I read that the completed film, entitled ‘The Geordie Jazz Man’, was being premiered at the Long Beach Indie International Film Festival in California. This was followed by a surprise invitation to a private screening of the film on 9th September at the Tyneside Cinema, Newcastle. Although my contribution to the film was quite minimal, Abi Lewis kindly asked me along to the screening along with others who were involved in the production.

So after a six-hour drive to the northeast followed by an hour and a half of gridlocked traffic in the streets of Newcastle looking for a parking spot, I eventually got to see the long awaited film. And I wasn’t disappointed. 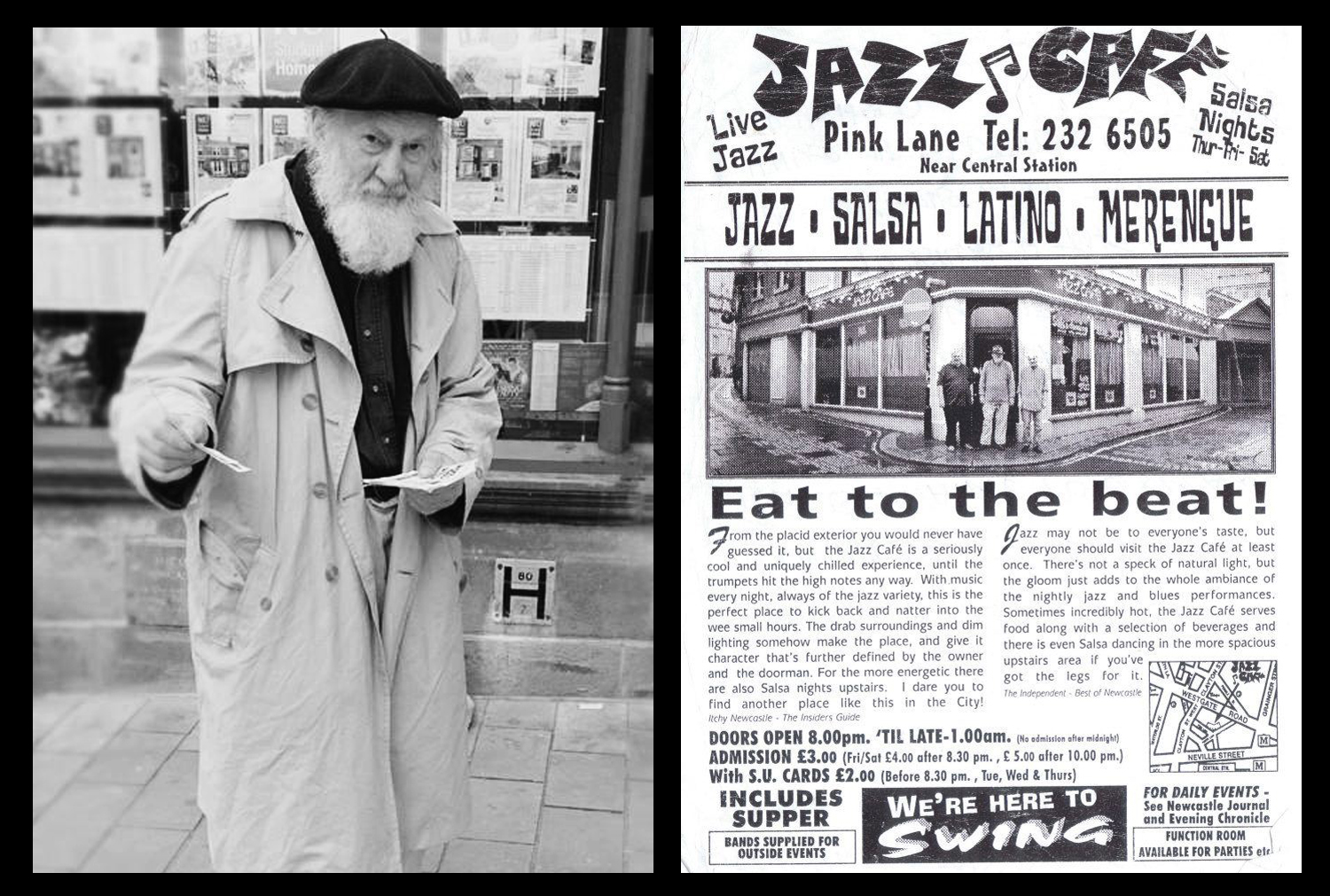 The documentary is a well thought out amalgamation of interviews with Keith, anecdotes from his friends, historical film footage and still photographs. Some of those interviewed were; film producer Mike Figgis, Royal Shakespeare Company actor Greg Hicks, jazz musician Wynton Marsalis and Animal vocalist Eric Burdon. There are also interviews with several of Keith’s Newcastle buddies such as Bertie Forster and Marshall Hall. Some of the stories are hilarious including those about his policy for letting people into the Jazz Café; it was quite simple, if he didn’t like the look of you, you didn’t get in. And if you did gain entry you couldn’t be sure that you wouldn’t be banned or ejected at a later stage – and that included the musicians! As Marshall Hall stated in the film; Keith didn’t much go for the average Newcastle Joe on the street – he much preferred to have students and intellectual types in his venue. I guess if it hadn’t have been for the reunion in 2011, I wouldn’t have stood a chance of getting into the Jazz Café!

The film also includes stories about Keith’s clashes with the authorities whilst he was handing out leaflets on the streets of Newcastle and at the university. 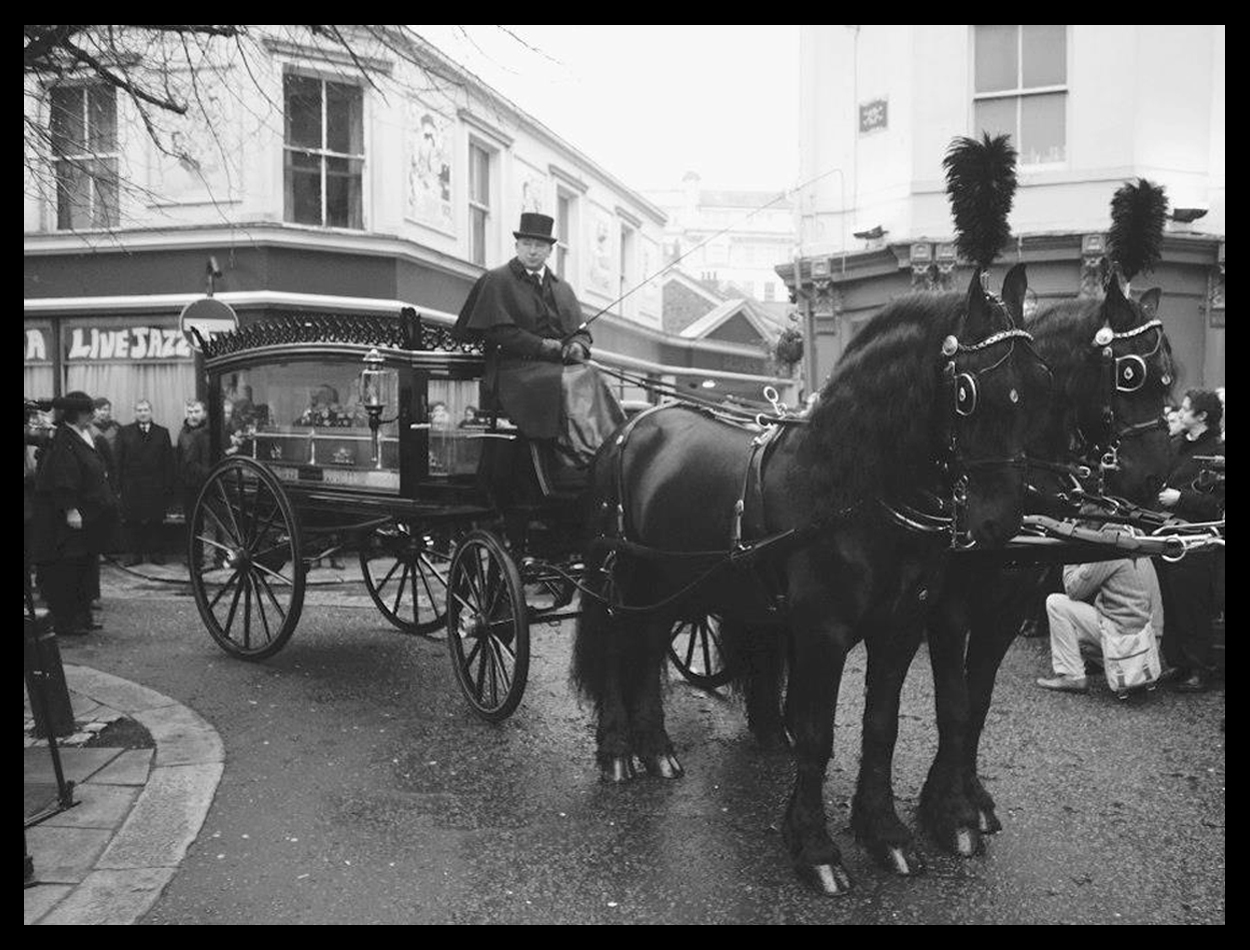 Although the film concentrates on Keith’s Jazz Café years, it has enough detail about Newcastle’s music scene in the sixties to give a clear picture of how his interest in jazz developed and how he achieved his ambition to keep live jazz going in Newcastle, initially through his first club – Josephine’s and for the last twenty years of his life at the Jazz Café. The most poignant part of the film is the footage of Keith’s funeral in 2012 but even this section is uplifting by demonstrating how well respected and liked he was by the people of Newcastle.

Obviously the film will be of great interest to those northeasterners who frequented the Jazz Café, encountered him giving out leaflets in Newcastle or knew him personally. But will it have the same appeal to a wider audience? In my opinion the documentary is made in such a way that it should keep most people entertained from start to finish. Abi and her team should be very proud of their work and look forward to a successful outcome when the documentary is put on general release. 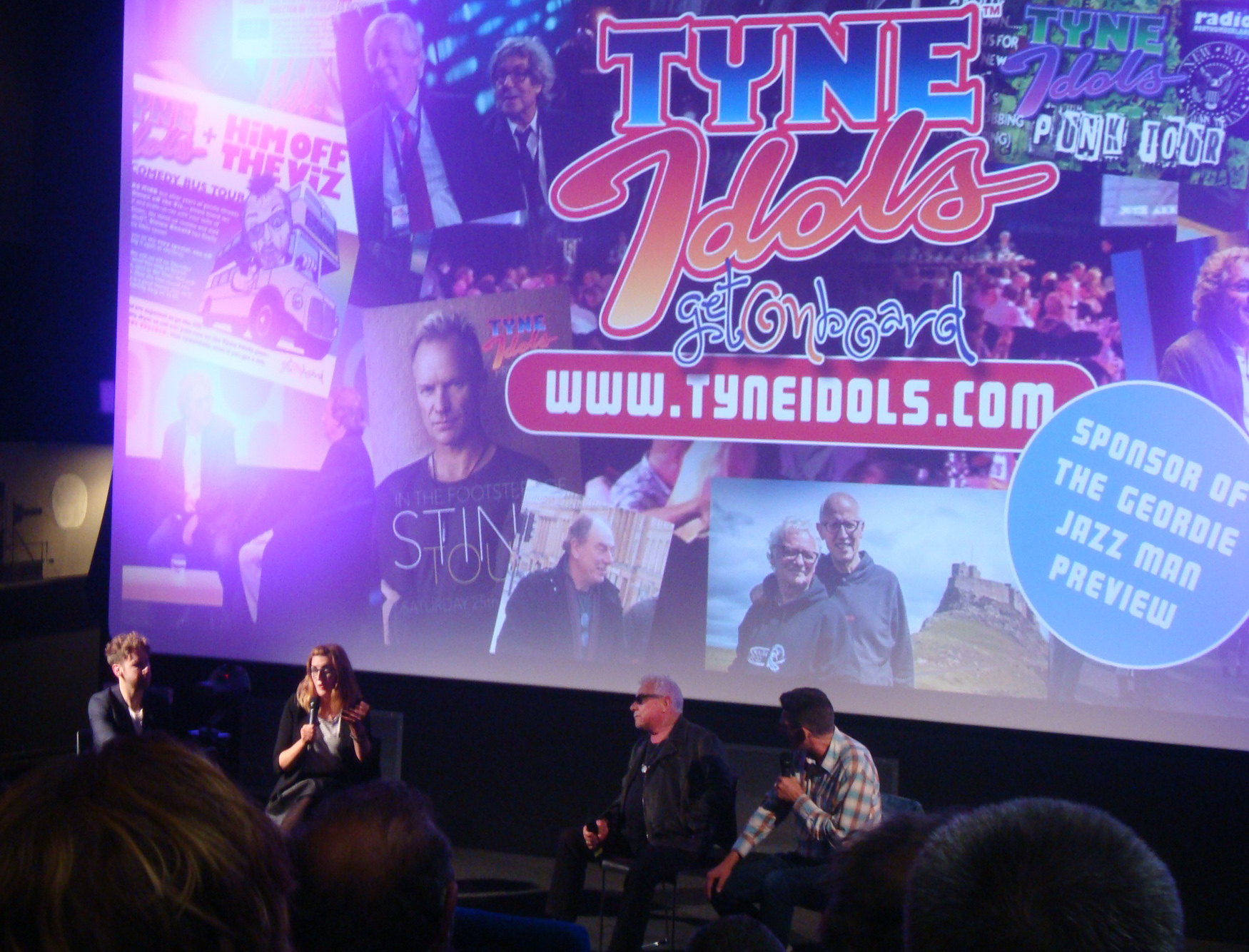 The post-screening Q & A session 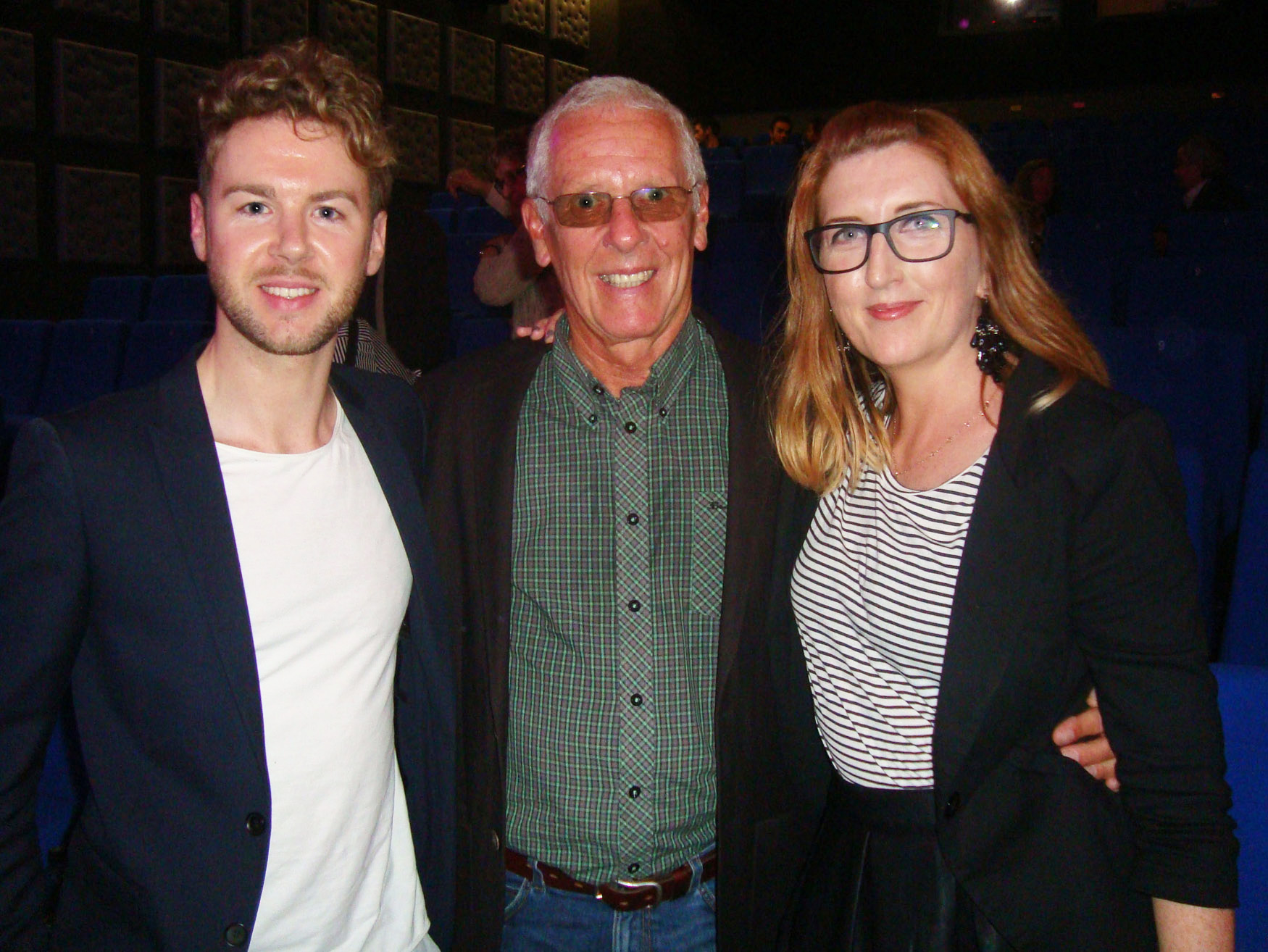 The screening was followed by a question and answer session involving Abi, Director of Photography – James Cook, Eric Burdon and radio presenter, Steve Drayton. Eric Burdon had a few more amazing stories to tell about Keith, including one bizarre tale, not in the film, about a high-speed motorway drive and a lewd encounter with Royalty. I’m going to follow Eric’s example and finish with another Keith Crombie story that is not part of the film. The story was posted to the ‘Beebop Spoken Here’ website by one of Keith’s long-time friends, Wally Nash following his death: –

“When he had Josephine’s I had brought an American girl over and we went to see him. At the door he had a chalk sign listing the available wines; ‘RED WINE THREE POUNDS’ ‘WHITE WINE THREE POUNDS’. There was a rather refined older couple at the door in front of us and the gentleman asked to see the wine list. For some reason this caused Keith great ire. He puffed himself up, went red in the face and in his own delicate style said very loudly, pointing at the chalkboard, “Fucking red wine’s three pounds, fucking white wine’s three pounds and if you don’t like that you can fuck off!” The refined lady nearly passed out. Then he saw me, pushed them out of the way and grabbed me and dragged me inside.” 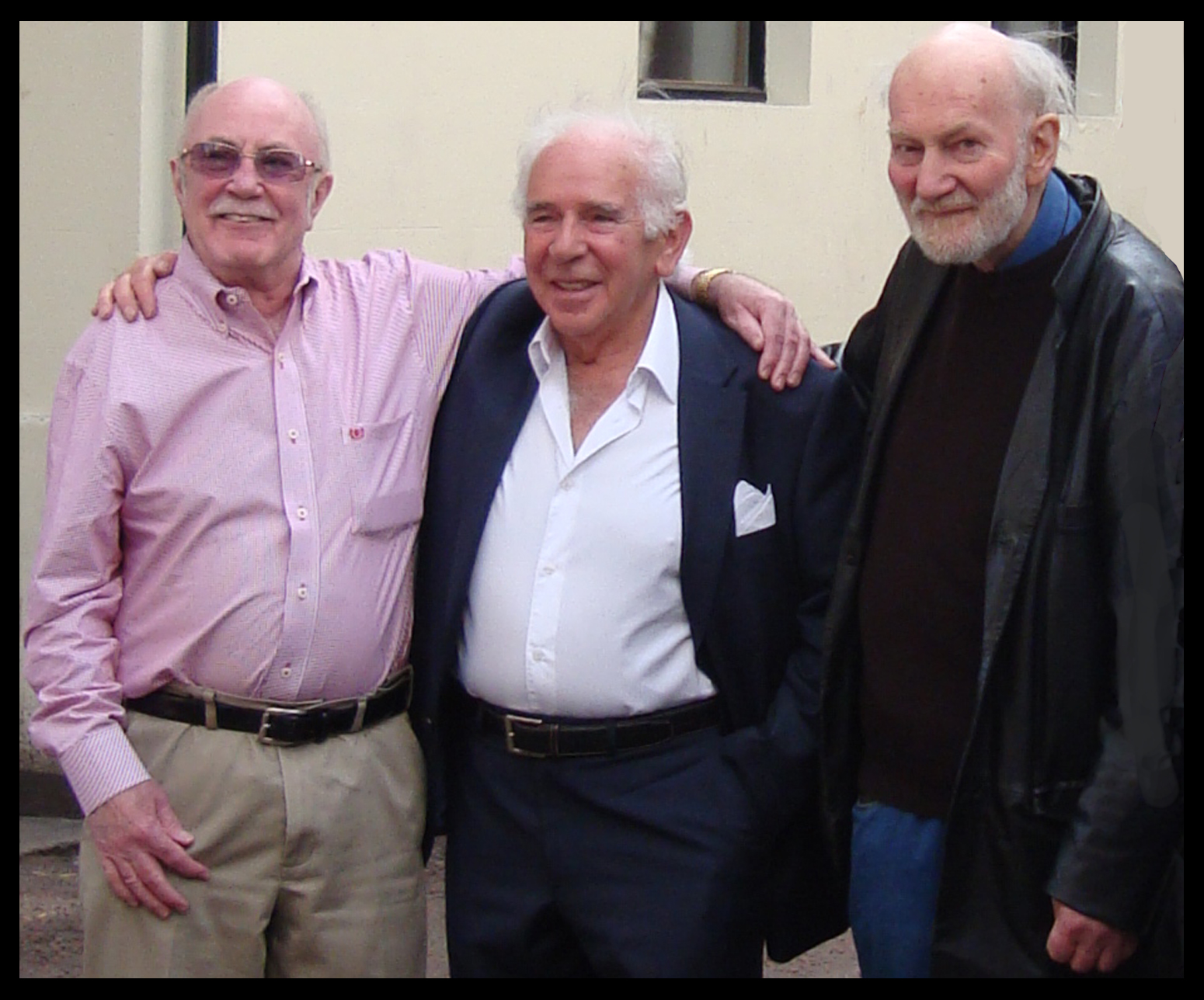 Wally Nash (left) and Keith (right) in 2011. The gentleman in the centre is Marcus Levey who owned the Dolce Vita up to 1965.

There’s another great story by Wally on the same site, which can be found on this link.

The ‘Geordie Jazz Man’ isn’t yet available to the general public but Abi and her team are hoping that it will be released after this year’s festival season. I’ll post something on this site when it happens but you can keep abreast of what’s going on by checking out the Geordie Jazz Man Doc Facebook Page.