One of the most gifted young drummers on the scene in Newcastle in the late sixties and early seventies was Keith Fisher. I got to know Keith in 1969 when I was a member of Sneeze but regrettably never got to play in a band with him. Tom Hill, Sneeze’s bass player was quick to spot Keith’s talents and in the summer of ’69 he decided to break away from Sneeze with the intention of forming a new band with Keith. Blondie was the result of that collaboration.

By the time Tom got to know Keith, he had been gigging in the area for a couple of years. Keith started drumming with a band called Harlem Shuffle in 1967 and over the next couple of years he played with several bands on the pub and club circuits throughout Northumberland and County Durham. All this while he was still at school. By the time he met Tom Hill in 1969 Keith was a gig-hardened drummer with a couple of years experience under his belt. 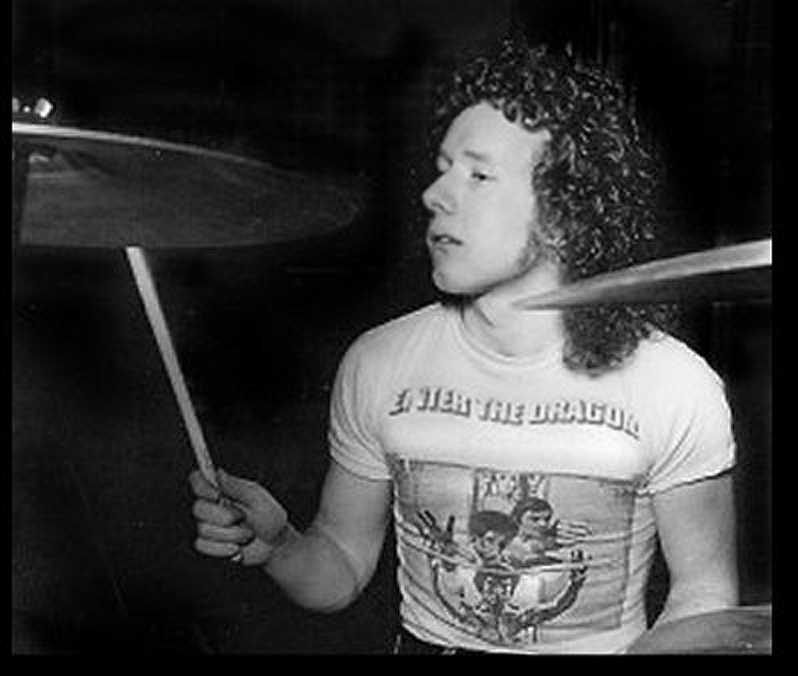 The Blondie line-up, which included Keith, Tom Hill on bass and Pierre Pedersen (ex-Sneeze keyboard player) on Hammond was completed by vocalist Bob Barton from Axtree Junction. The band became very successful on the local music scene almost immediately. With a full gig diary, the band played at all the top venues on the North East band circuit. They performed under the name Blondie for almost a year before Tom Hill decided that, as musicians, they were capable of being much more than just a local band. 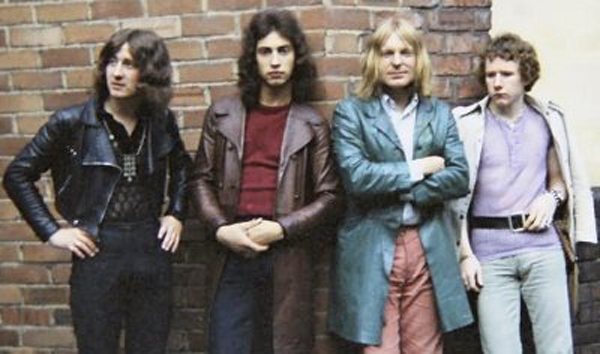 In August, Blondie teamed up with guitarist/vocalist Kenny Mountain from the band Yellow. Tom Hill had seen the band and had been so impressed that he hounded Kenny into joining forces. Yellow, originally from South Shields, had been down to London and recorded and released a single for CBS – Roll it down the Hill / Living a lie. The record had not sold well but it established the band as the superior entity it deserved to be. They played all their own songs, looked like rock-stars and had an air about them that was distinctly charismatic. When Yellow first formed the band members were Vic Malcolm (later to become part of Geordie with Tom Hill) Kenny Mountain, Joe D’Ambrosia on bass and Tommy Sloan on drums. Things changed initially when Joe left and John Watchman took over. Then Paul Thompson replaced Tommy on drums. Paul Thompson subsequently found fame and fortune in Roxy Music. The second incarnation all fell apart, leaving Kenny and the manager Ian Lish to pick up the pieces. Ian brought in an existing package of a band from Sunderland called Sweet Wine to augment Kenny and resurrect Yellow but it had not lasted beyond a handful of gigs. Finally Tom had worn down Kenny’s reluctance to try yet again and persuaded him to merge with Blondie instead.

The new Yellow recorded some material at Impulse Studios in Wallsend and made regular trips to London, knocking on record company doors. Although they failed to return to the North East with a record deal, they picked up lots of other things in London, including new clothes and an attitude. However, within the band all was not well. Factions had begun to appear which eventually led to the band breaking up. One more short-lived incarnation of Yellow emerged the following year which included Keith on drums, Kenny, Brian Ingham and Mickey Balls (another ex-Sneeze member) on guitar.

Here’s a link to Keith’s account of the period he was performing in bands with ex-Sneeze members Tom Hill and Pierre Pedersen. 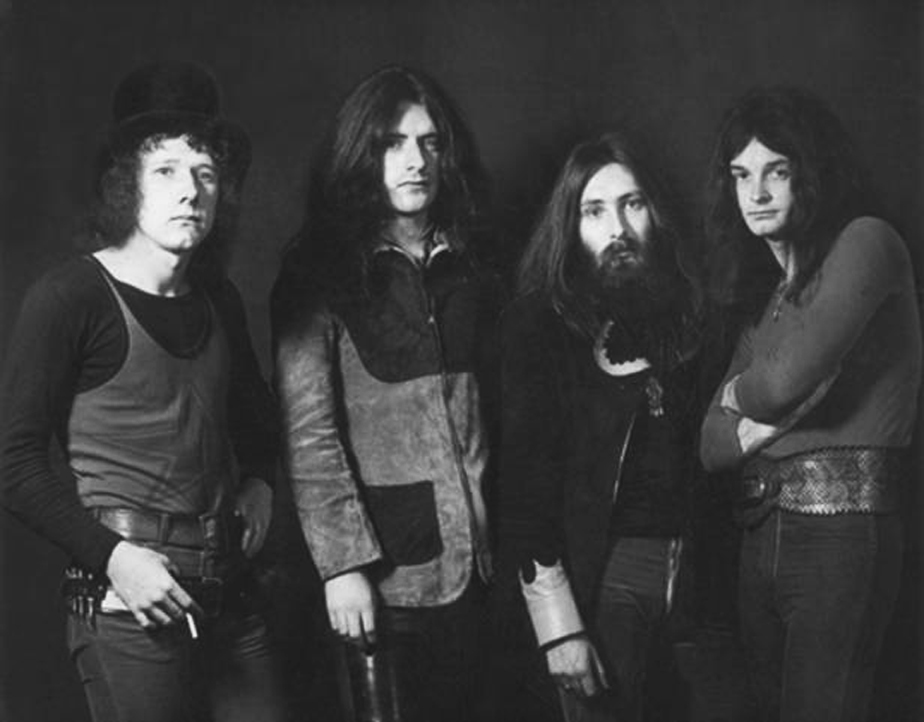 Keith and Bob Barton re-united musically during ’72, trying to find an alternative vehicle for their talents, but by the end of the year nothing significant had materialised. In the meantime, Kenny Mountain had joined a band called Beckett from South Shields. Beckett was fronted by Terry Slesser, previously a roadie for local band, the Influence as well as being a DJ at popular South Shields night-spot called The Golden Slipper. On New Year’s Eve 1972, Keith got a call from Kenny to say that Beckett had just signed a record deal with W.E.A. and a publishing deal with Island Music. They had a really serious manager and were about to break into the big time, but they needed to replace the bass player and drummer: Keith was offered and accepted the position of Beckett’s drummer. He joined Beckett on New Years Day 1973 replacing the band’s existing drummer and consequently leaving his friend Bob Barton out in the cold. It was something that Keith did not like but knew was necessary if he was to progress in the music world. Keith’s arrival in the band was followed a month or so later by Frankie Gibbon who replaced the band’s bass player.

Beckett, before Keith joined, had been very busy on the local pub/club circuit. They had come to the attention of Geoff Docherty the well known successful promoter who, a few years earlier, had first brought top British and American bands to the North East at prices rock fans could afford. Geoff was well-respected in the music industry and it was indeed a coupe for the band to have him on board. For Keith, joining Beckett was a step in the right direction. The band members were gifted, hard working and charismatic and clearly heading for a successful recording career. Keith and Frankie Gibbon had a reputation as an awesome rhythm section and were hand picked to take the band to the next level. But it wasn’t an easy ride for Keith and Frankie. They had replaced two well liked musicians who had been with Beckett when they were slogging around pubs and clubs building up a fan base in the North East. Keith and Frankie were eventually accepted by the others in the band but only as a means to an end. 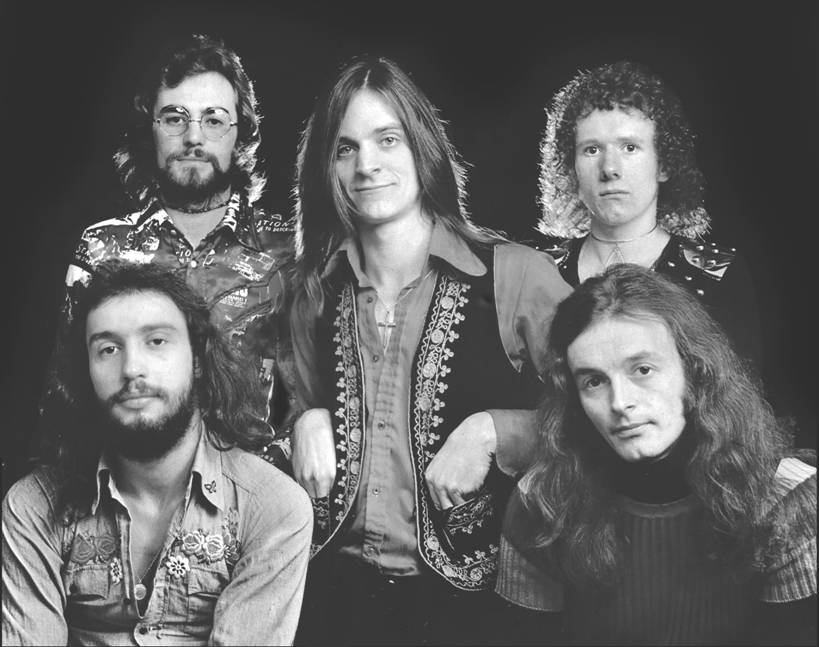 Keith toured with Beckett extensively throughout 1973 and in 1974. Various personnel changes saw Arthur Ramm replaced by Bob Barton and Frank Gibbon replaced by Ian Murray. The band released a single ‘Little Girl’ (Raft/Lyntone LYN 2842) in November 1973 and recorded one album for the Raft label in 1974, produced at Island Studios by Family vocalist Roger Chapman. Tim Hinckley was brought in to play keyboards on the album. In spite of a stunning performance on the Old Grey Whistle Test and endorsements by ‘Whispering’ Bob Harris, the album failed to achieve the success the band had hoped for.

In 1974, following a tour with Slade, tension within the band was high. Matters came to a head one day in Geoff Docherty’s Sunderland flat, resulting in Keith and Bob Barton taking the only option they thought was available to them. They left Beckett knowing that they had probably blown their one and only chance of fame and fortune. Reflecting on the split with Beckett some thirty or so years later, Keith now thinks the split was not inevitable. This is what he has to say on the matter:-

“Bob and I walked away from the only chance we would ever get of becoming rich and famous. We left everything behind, because, in our minds, Beckett was only the beginning, and untold opportunities must obviously be just around the corner. We left all of the equipment that was part of the Beckett package, all of the local fame we had acquired, all of the respect that comes with success, and all of the belief that our friends and family had in our sanity.

In later years I realised that any form of unity which could have been developed in an attempt to keep the band together would have been a better option – but at the time, I honestly thought that none would be possible. The animosity between various members was extremely corrosive and had eaten into the fabric of the unit until there was scant harmony to be found. Losing Frankie had been a major blow to the structure, being a sole voice of reason, uncorrupted by the divisive factions that put Kenny and me on opposite sides. Ian, bless him, could only struggle along as best he could, and, I suspect, pray that sanity and salvation might descend upon this world of ‘almost there!’. Because we were almost there. The music press had, that year, voted Beckett and Queen as the two bands most likely to make the big time in 1974.”

As a reminder of how good Beckett was in the 70s here’s a video of the band’s performance of ‘Rainbow’s Gold’ on the Old Grey Whistle Test: –