It’s always good to hear from north east musicians who were active during the sixties and seventies, in particular those I played with in bands or shared the stage with back then. Since my last blog on the subject (Friends Reunited), some more musos have stumbled across this site and have taken the trouble to contact me – Eddie “Poobah” Martin, Pierre Pedersen and Peter Bell.

In the mid to late sixties, Mr Poobah’s Chicago Line was a well know and popular soul band on the north east gig circuit. A few months ago their singer/guitarist, a guy I knew back then as “Eddie Poobah” got in touch and sent me some photos of the band at the Rex Hotel, Whitley Bay plus some newspaper cuttings (the photos and cuttings can be seen on the Rex Hotel and Mayfair pages. At the end of the sixties Eddie (whose actual surname is Martin) went on to front the renowned Newcastle band – the Sect. At the time of writing Eddie is still working as a musician both in the UK and abroad. He now sings as part of a duo as well as playing sax and guitar. 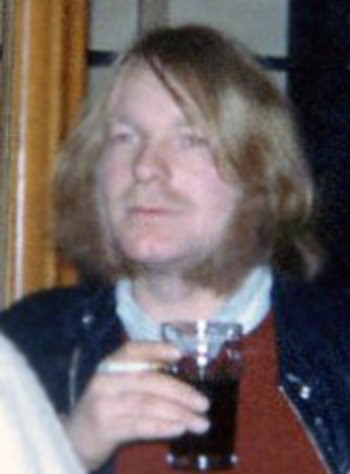 Another north east musician from the sixties still gigging is keyboard player Pierre Pedersen. I played alongside Pierre in the Newcastle band Sneeze in 1969 and 1970. After Sneeze, he worked with Keith Fisher, Tom Hill and Bob Barton in another north east band called Blondie. Pierre now lives in the south east of England where he plays keyboards in a couple of local bands. What I remember most about Pierre, apart from his great sense of humour, was the size of his equipment; a full sized Hammond organ plus a massive Leslie cabinet. Getting that stuff into venues with a staircase wasn’t easy and it was even worse getting it out at the end of a gig after a night of drinking. Pierre tells me that he still has a Hammond and Leslie but technology has advanced and the kit now comes in easily assembled pieces which can be conveniently transported. 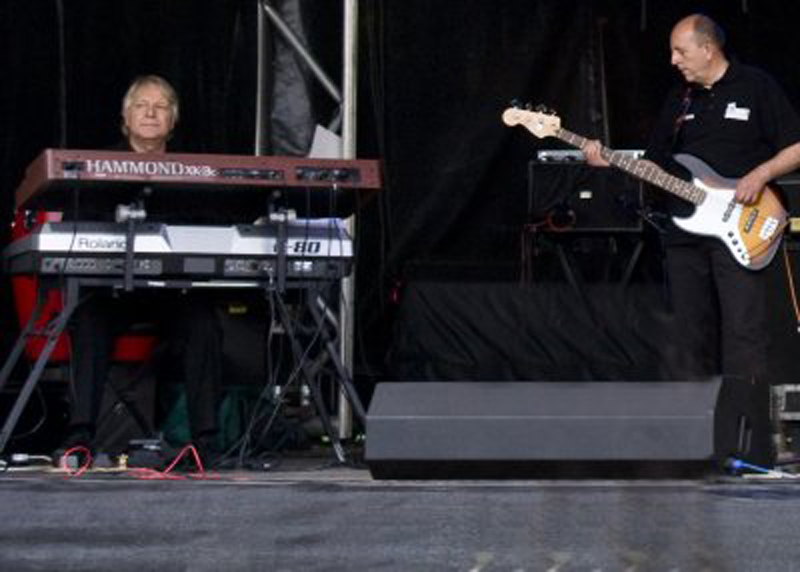 Pierre in one of his current bands 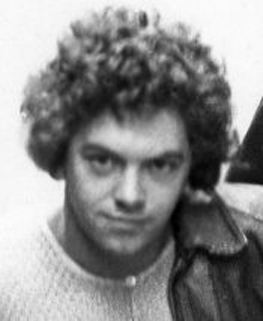 A couple of weeks ago I heard from Peter Bell, a vocalist who I played alongside in two bands in the sixties – James South in 1967 and the Village in1968. Before that Peter was in a couple of bands from the Stanley area – Morning Glory and the Short Blues Line. The last time I saw Peter was in 1973 just before I moved away from the north east so it was really good to hear from him. He was a versatile singer with a good range who was great at covering blues, soul and Motown material. Peter no longer sings in bands but now he has found out that some of his wrinkly old ex-band mates are still at it, he is reconsidering his options.

It’s not just musicians that have been in touch. A while ago I was surprised to receive an email from the lovely leggy Ronnie pictured on the right. I first met Ronnie in the summer of 1967 while I was playing regular weekend gigs with the Jazzboard at the New Cellar Club in South Shields. Not only was she very attractive but in the darkened corners of the Cellar club after a few drinks she looked just like the sixties supermodel, Twiggy.

There’s this premise that when you try to recall events from decades earlier, you only remember the things that took place on sunny days. This is definitely true in the case of Ronnie. I don’t recall much about the time we were together at the Cellar Club but I do remember one Sunday in the long hot summer of 1967 when I took Ronnie to a beauty spot near Durham City on my scooter. It was a perfect July afternoon – lots of warm sunshine and clear blue skies in the company of a very pretty, interesting eighteen year old girl. I suppose there was the anticipation (on my part at least) that we’d be spending more of the summer together. But it didn’t happen. After that day we never saw each other again. A few days later I went to Salcombe in Devon with our keyboard player to stay with a couple of girls he knew down there. When we got back, Jazzboard was in the process of splitting up and the Cellar gigs were coming to an end. Our guitarist, who was a regular at the club told me that Ronnie had moved on and had started going out with someone he knew so I didn’t bother trying to get in touch.

So forty plus years later I’m left with some nice memories of Ronnie; a beautiful shared summer’s day at Finchdale Priory, a very short relationship without any nasty bits to spoil the memory and recollections of a mild infatuation. Plus, of course, I’ve still got the picture of Ronnie at the Cellar Club looking a bit like Twiggy. Not long back Ronnie googled “Club a’Gogo” and found my website. I got an email from her mentioning that she, too, remembers that “lovely sunny Sunday afternoon”. The thing is that the place she recollects visiting is forty miles from where I actually took her. I guess it’s probably some other guy, and some other date that she remembers! Oh well – at least she remembers the sunshine.

The good thing is that we are in touch again and are “talking” via email and Facebook. And she still looks a lot like Twiggy.