The original Quay Club situated on Side, Newcastle opened on 17th December 1965 and ran for around two and a half years until July 1969. For the first two weeks, music for dancing was provided by a DJ. The first band advertised as playing at the Quay Club was on New Years Eve 1965. After that ‘live’ bands regularly appeared at the club throughout its lifetime.

Unlike the Club a’Gogo, in its first couple of years the Quay Club booked mainly local bands with just the occasional well known national act.

This gig listing covering the period 1965 to 1967, which has been compiled from adverts the Newcastle Evening Chronicle, is a good indication of the most popular northeast bands on the local gig circuit during that era.

The Quay Club was closed between 29th May 1966 and 3rd August 1966 due to damage caused by a fire at the premises. 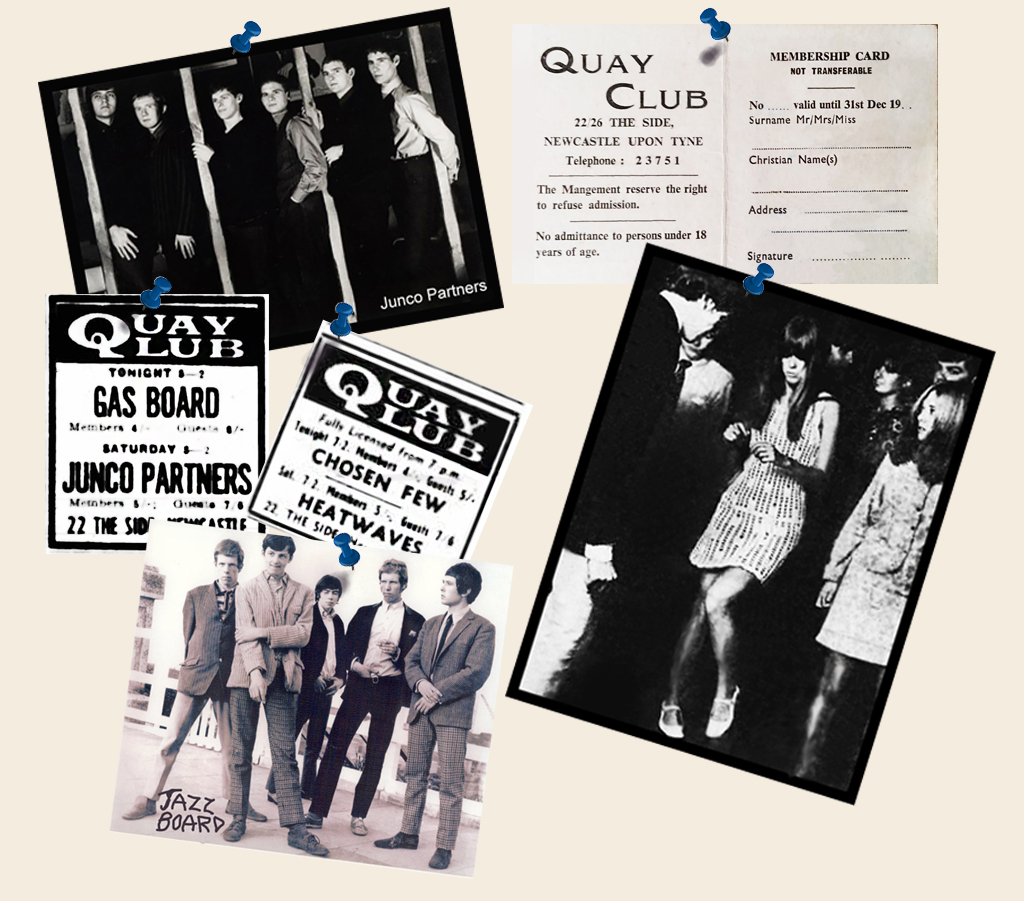 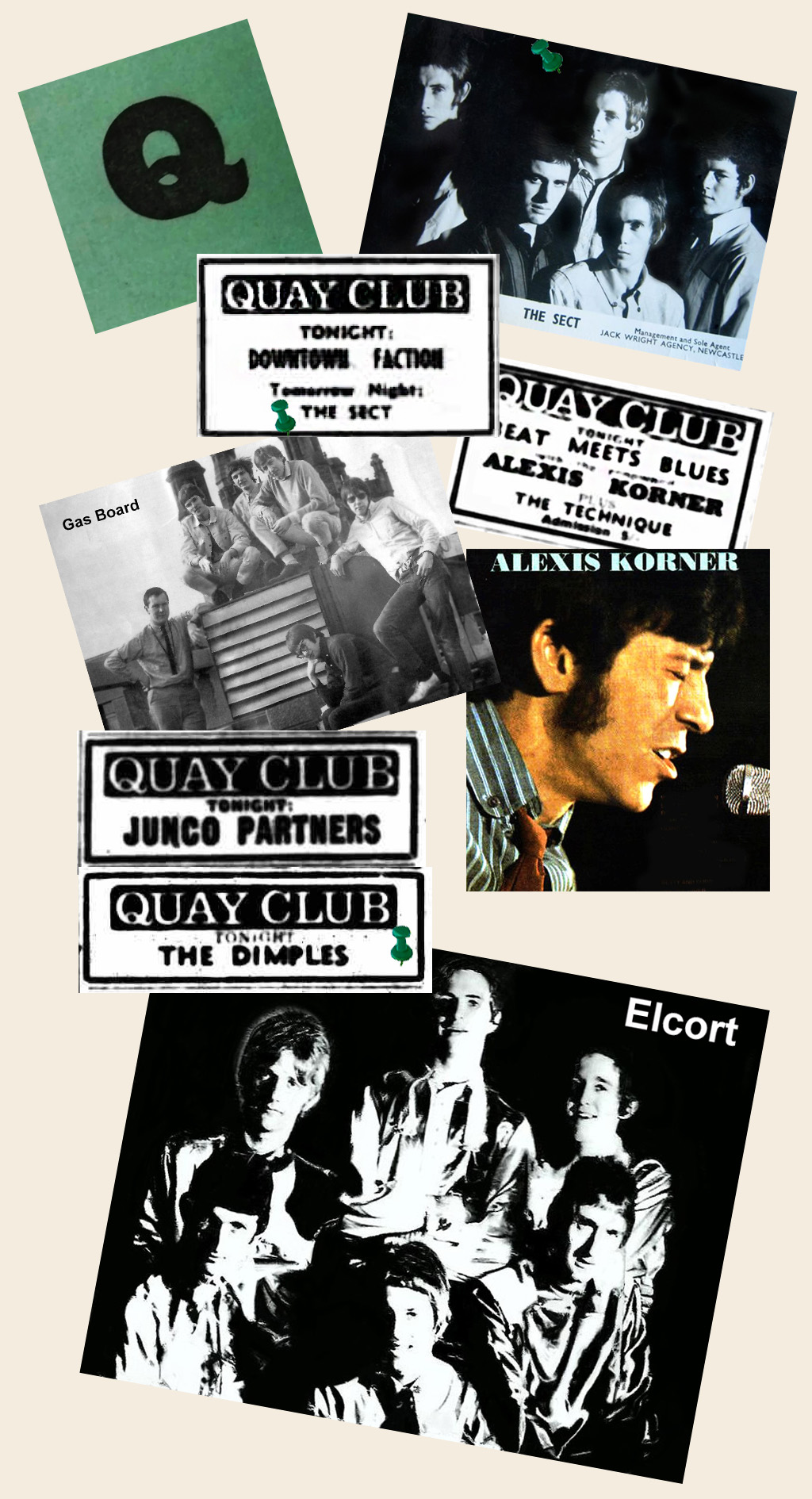