The original Quay Club situated on Side, Newcastle opened on 17th December 1965 and ran for around two and a half years until July 1969. For the first two weeks, music for dancing was provided by a DJ. The first band advertised as playing at the Quay Club was on New Years Eve 1965. After that ‘live’ bands regularly appeared at the club throughout its lifetime.

Unlike the Club a’Gogo, in its first couple of years the Quay Club booked mainly local bands with just the occasional well known national act. In 1968 and 1969, roughly coinciding with the decline and closure of the Gogo, more bands from outside the local area appeared at the Quay Club. Local bands still played at the club but on a lesser scale than in the previous two years.

This gig listing covering the period 1968 to 1969, which has been compiled from adverts the Newcastle Evening Chronicle, is a good guide as to the mix of bands appearing at the club during that period. 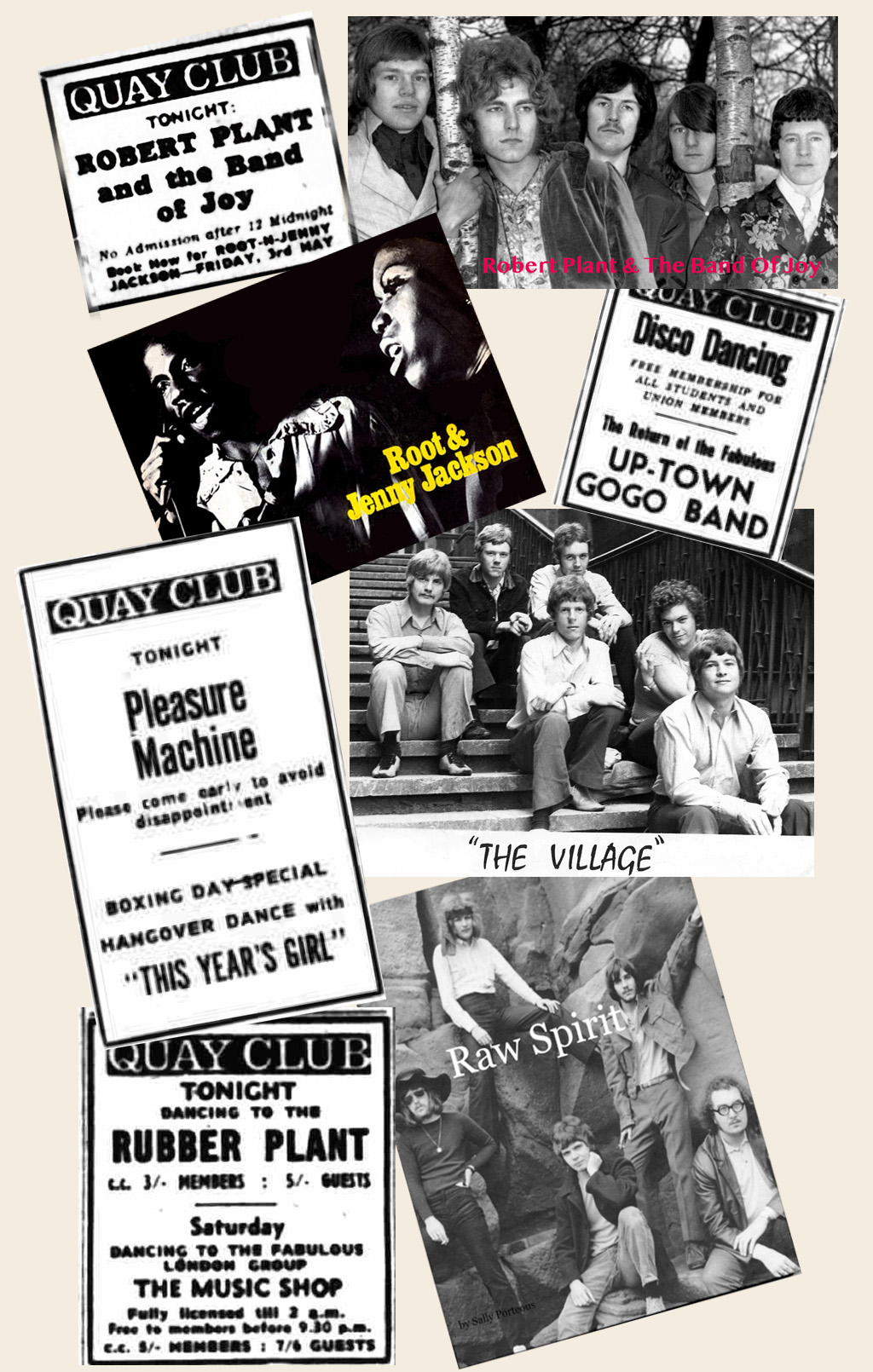 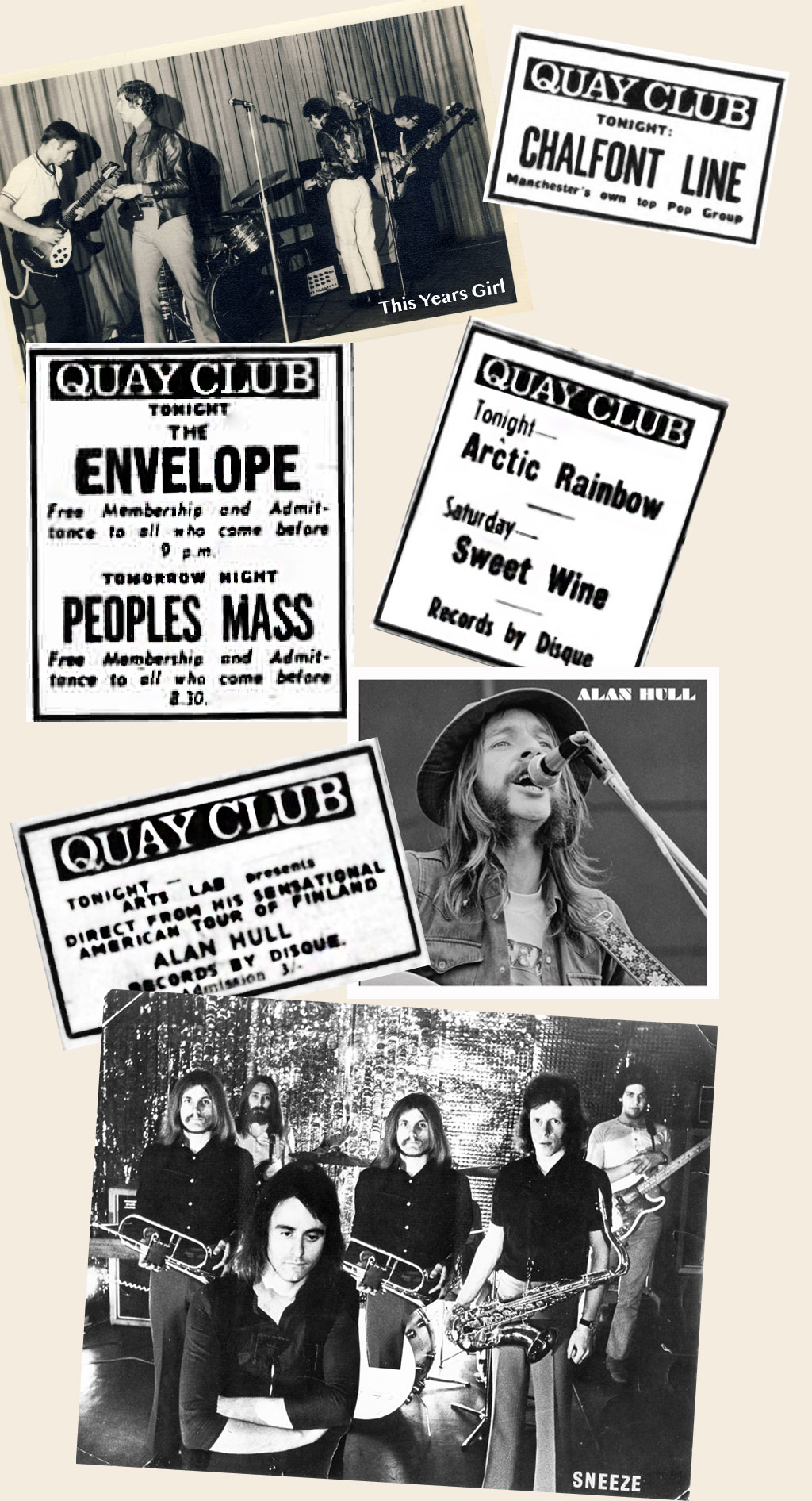