Return Of The Beano

It’s a chilly Winter’s night in January 1966 – Saturday the 29th to be precise. My band, Jazzboard, have just finished performing at the West End Club in the Fenham area of Newcastle. We persuade our manager to take us down to the Club A’Gogo on Percy Street where we know that John Mayall’s Blues Breakers, including Eric Clapton, are playing. Our manager “Big” Herbert Lowes is a personal friend of Tommy Crumb, one of the Gogo door staff so we know we’ll get in without any problems.

We get to the club late but there’s no queue so we have no trouble in gaining access. John Mayall hasn’t started his second set in the Jazz Lounge yet. By the time the band do take to the stage the tension in the Jazz Lounge is overwhelming. The band’s line up is John Mayall (on Hammond organ and vocals), Eric Clapton (guitar), John McVie (bass) and Hughie Flint (drums).

The other members of Jazzboard and I get quite near to the foot high stage so we can see the musicians at close quarters. The band start their set. The atmosphere is electric. The music is fantastic and the Gogo is …… well what can you say about the Gogo that hasn’t been said hundreds of times before.

That was the one and only time I saw John Mayall play live. Although the gig was over half a century ago it still stands out in my memory as one of the best I have been to.

Six months after that memorable Club A’Gogo gig, John Mayall released an LP called “Blues Breakers with Eric Clapton”. The LP has since become known as ‘The Beano Album’ and is now considered by some to be one of the most iconic blues albums of all time. 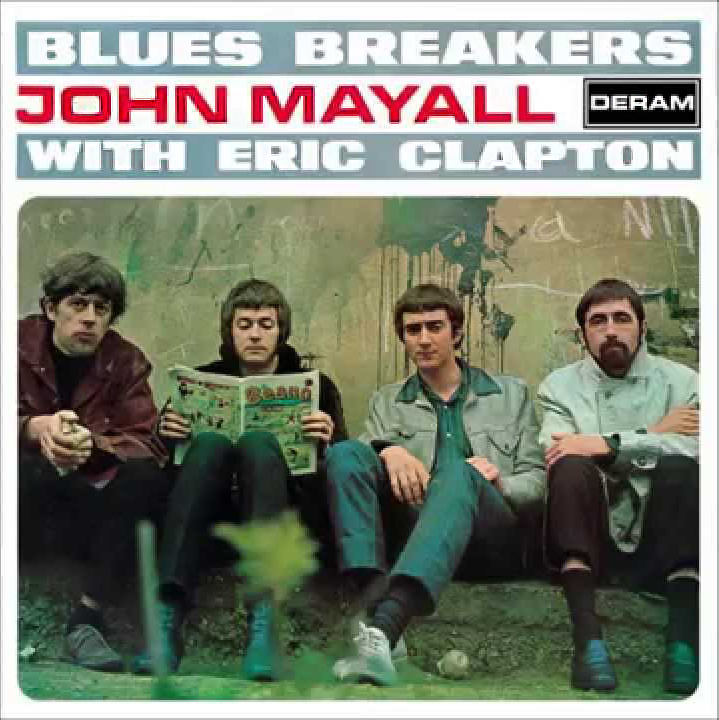 In fact, the whole of 1966 turned out to be a bit of an iconic year for rock and blues music. Amongst the notable events of that year are the following: –

After parting company with John Mayall, Eric Clapton went on to form Cream with Jack Bruce and Ginger Baker. Towards the end of 1966, The Animals bassist Chas Chandler heard a guitarist in a New York bar. He brought the guitarist back to London and the career of Jimi Hendrix was launched. The Who and The Small Faces, both influenced by blues and soul, emerged from the UK club circuit in 1966 to become regulars in the UK charts. A landmark film called ‘Blow Up’ was released in 1966. It was based around the London party scene and featured a soundtrack which included music by the Yardbirds and Jimmy Page.

In the late summer of 1966 northeast guitarist Ken Brown heard John Mayall’s Beano Album for the first time. He’d finally found the type of music he wanted to play and the guitarist he wanted to emulate. But things never turn out as planned. Although the big northeast clubs, colleges and ballrooms would book nationally known blues outfits, local bands were expected to play covers of hit singles and the dance music of the day; predominantly soul and Tamla Motown.

So Ken put his aspiring career as a blues guitarist on hold and played in various successful northeast covers bands for many decades.

But every ‘blues’ dog has its day and it looks like Ken Brown’s has arrived. In November 2017 Ken and two members from his current outfit, The Jasper Hart Band; drummer Fred Smith and bassist Mike Larsen went to a John Mayall concert. Not only did the trio get to see one of their favourite performers, they also got to speak to him after the concert.

I don’t know if it was pre-planned or not but during the conversation with John Mayall, Ken asked him if he would object to Ken and The Jasper Hart Band recording all the tracks from the Beano album and then releasing a CD. John Mayall’s response was: –

“Why not? Everybody else does and I get nothing for it. Just send me a copy of the CD.”

The elated Jasper Hart trio left the Mayall concert with a burning desire to start recording their version of the Beano Album as soon as possible.

It had been a long time coming. For over 50 years Ken’s idea of recording the classic Blues Breaker’s songs had lain dormant; tracks like ‘Steppin’ Out’, ‘Have You Heard’ and ‘Little Girl’. Now the project had the blessing of John Mayall (well more or less). Furthermore, Ken is now of an age where he doesn’t give a toss about what other people think. John Mayall anoraks would probably find the idea of a Blues Breaker’s Beano cover album anathema but Ken doesn’t care – this is his project. 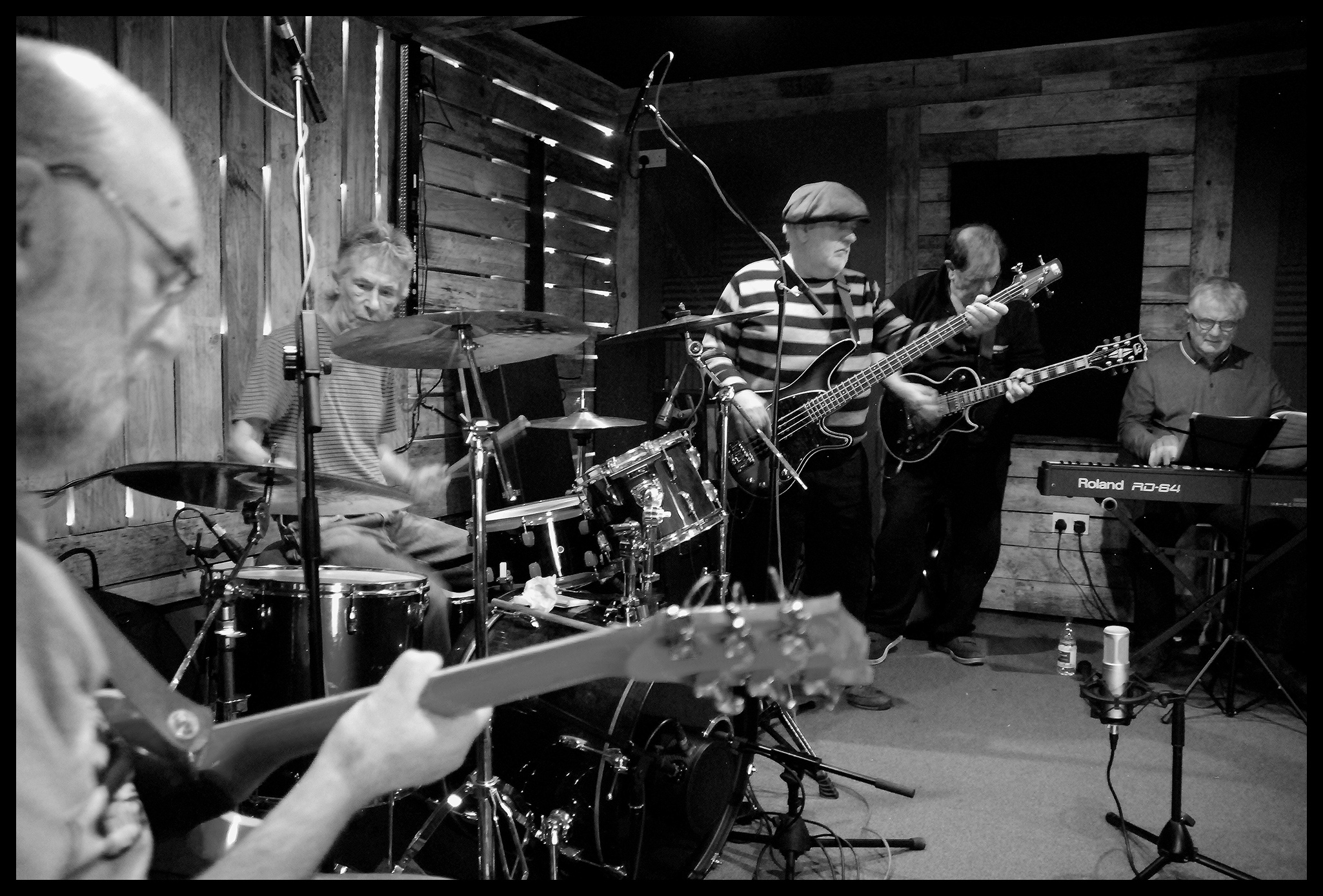 In January 2018 at The Garage studio, South Shields the recording was completed in one session lasting around seven hours – not at all bad for a twelve-track album. Mike Larsen and Steve Chance supplied most of the bass parts. Mike Larsen also played rhythm guitar on some tracks. Keith Tulip performed on upright bass on one of the tracks. Fred Smith played drums. Ken Brown and his daughter, Emily Butler, provided the vocals. 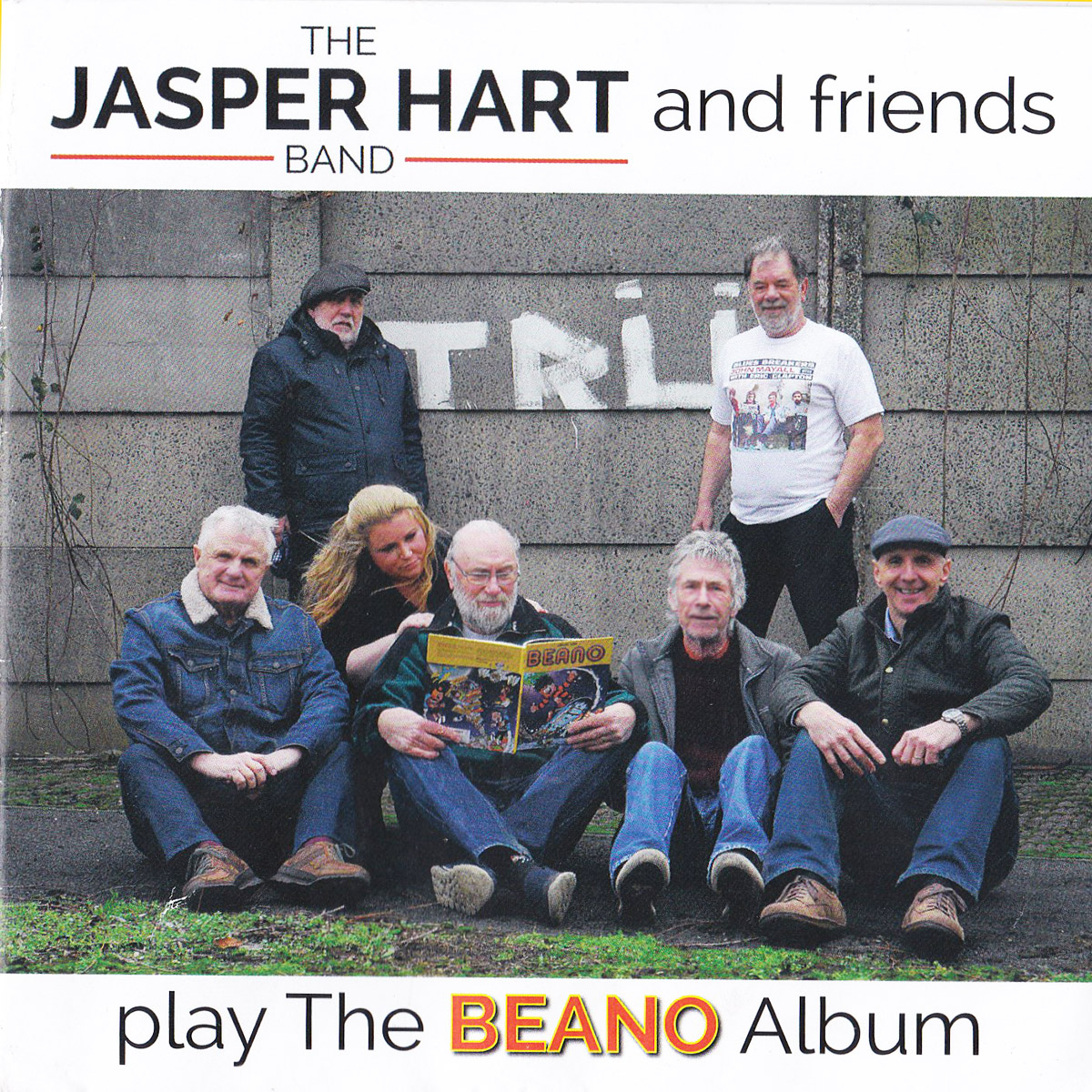 For Ken, a lifetime’s ambition has now been fulfilled. As he says on the album’s inset booklet – “It’s made an old man very happy.”

Well if you feel like sharing Ken’s joy, the finished Beano Album is up for sale at the price of £6. For more information or to purchase the album, contact the Jasper Hart Band direct at their email address: thejasperhartband@gmail.com

Don’t expect a note for note copy of the original album. What would be the point of that? Instead open your mind to a great interpretation of twelve classic blues songs performed by seven of the northeast’s finest veteran musicians.