WHATEVER HAPPENED TO THE SEXY SAX?

Unlike guitarists, not many saxophone players outside of the jazz world have become household names. I suppose most people will have heard of Kenny Gee, whether or not they like his style of playing. Then for the oldies there’s Junior Walker – but he was probably just as well known for his vocals as for his sax playing on the Motown hits of Junior Walker & The All Stars.

In the world of popular music the saxophone is one of those instruments that go in and out of fashion. Although the sax has been the most recorded woodwind instrument over the last fifty years, for the last couple of decades at least it certainly hasn’t featured much in the charts. But what goes around comes around so perhaps there’s a new saxophone revolution just waiting to happen. 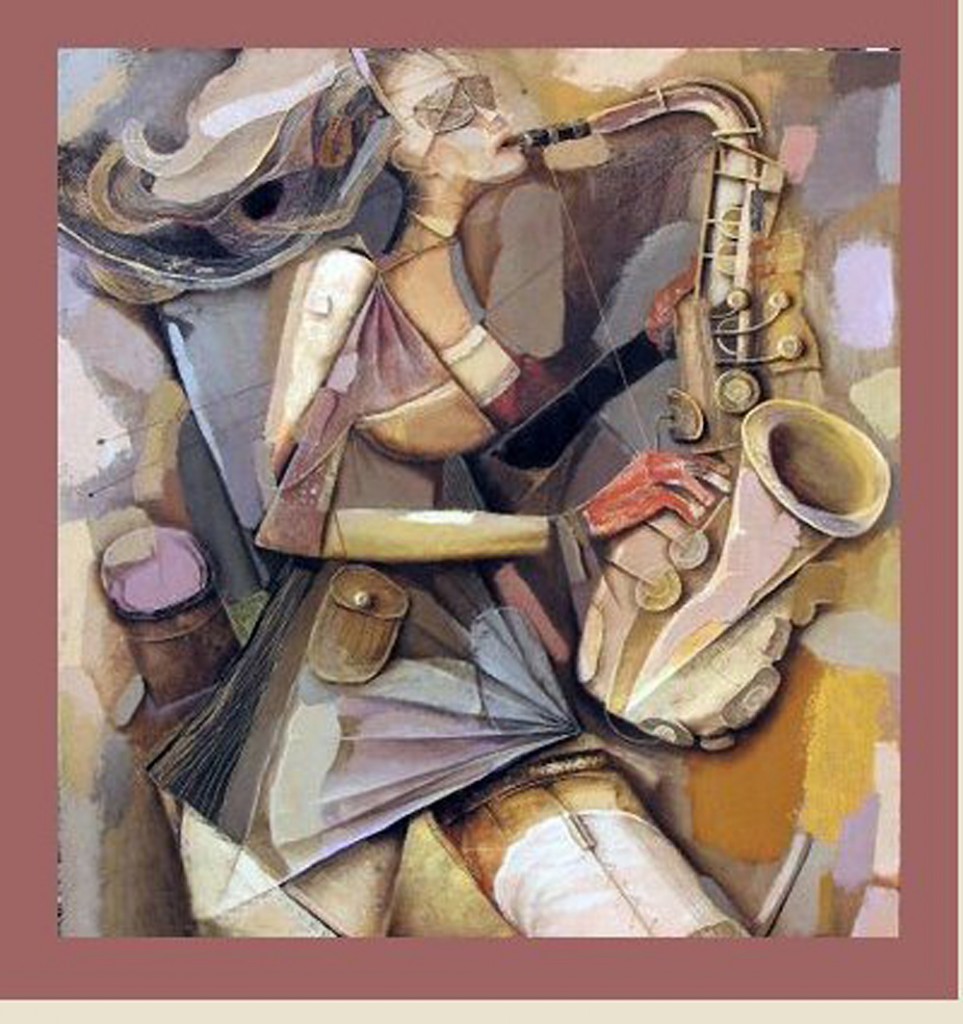 “It’s an ill woodwind that nobody blew any good!” That’s how my school music teacher described the saxophone when I told him I was taking up the instrument and would be dropping the violin. Well I suppose to a classically trained musician used to teaching pupils about the works of the great composers, the sax is a bit of a weird instrument. 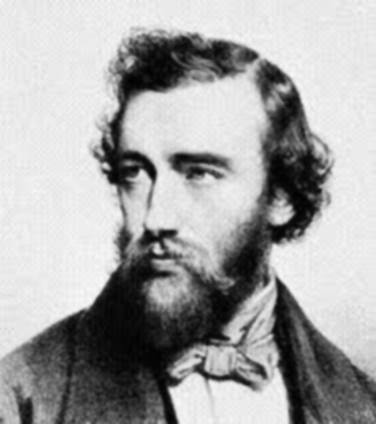 It doesn’t have a place in the symphony orchestra and compared with instruments such as the violin, clarinet and trumpet it is relatively new. When Adolphe Sax invented the saxophone in the mid 19th century his intention was for the instrument to be used to strengthen the woodwind sound in military marching bands. Little did he know that his new fangled instrument would eventually provide the sexy background music to the rompy pompy in numerous adult movies!

My teacher went on to question my motives for wanting to play such a dreadful instrument. Well what were my motives? Back then a lot of my friends had chosen the guitar as a means of impressing girls. At school, the sax was only encouraged for the clarinet players if they wanted a second instrument to mess about with. My father wanted me to follow in his footsteps and play the trumpet but eventually I persuaded him to buy me a second hand alto sax. He knew I’d been listening to his collection of Glenn Miller and Tommy Dorsey records for years and that I liked the sound of a full sax section. He also had some 78 rpm records by a virtuoso sax player by the name of Freddy Gardner which really appealed to me. 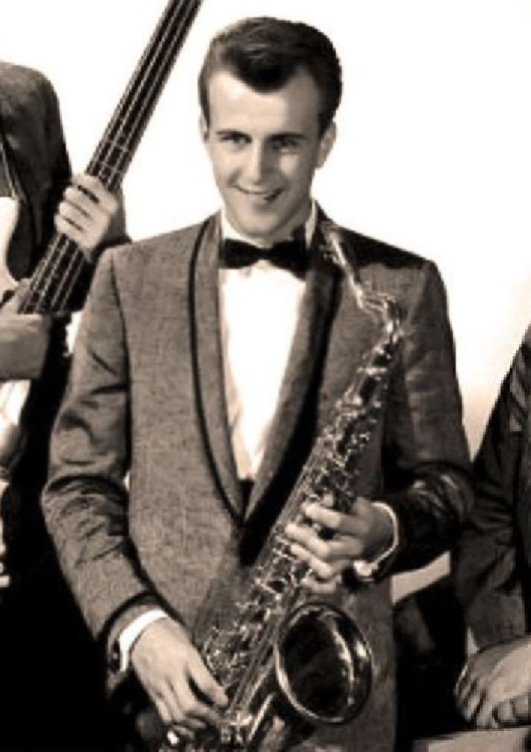 Johnny Paris from Johnny and the Hurricanes

While I was learning to play the saxophone, I started listening to the sax parts on records by Johnny and the Hurricanes and Duane Eddy. At the same time a few jazz records featuring the sax started to appear in the top twenty – records such as ‘Take Five’ by Dave Brubeck and ‘Desafinado’ by Stan Getz. ‘Yakety Sax’ by Boots Randolph had also been a hit in the British charts. It seemed that the saxophone was becoming trendier in the world of popular music and this convinced me that I’d made the right decision in learning to play the instrument. At that time, though, I was still more interested in the big band sound. When Phil Spector started producing records for American girl groups such as the Ronettes and the Crystals he included plenty of saxes in his ‘wall of sound’. ‘Da Doo Ron Ron’ by the Crystals had a great eight bar baritone sax solo, which at the time I wrongly thought was a tenor. Nevertheless, this and similar records prompted me to make the switch from alto to tenor.

During the period I played in north east bands from the mid-sixties to the early seventies I didn’t have to look far for work as a sax player. Throughout this era the popularity of blues, soul and then progressive rock meant there were always lots of bands in need of a brass and woodwind instruments. The sax maintained its credibility during the seventies through artists like the Average White Band, the Crusaders, Chicago, Manu DiBango and Weather Report. Steely Dan albums also included more and more sax arrangements and solos. The popularity of the 1978 release ‘Baker Street’ featuring the unforgettable alto sax riff of Raphael Ravenscroft triggered the era of the power sax. At one time the alto sax looked as if it may take over from the guitar as being the number one girl pulling instrument. Remember all those eighties hits featuring an emotive reverb-heavy alto sax solo? 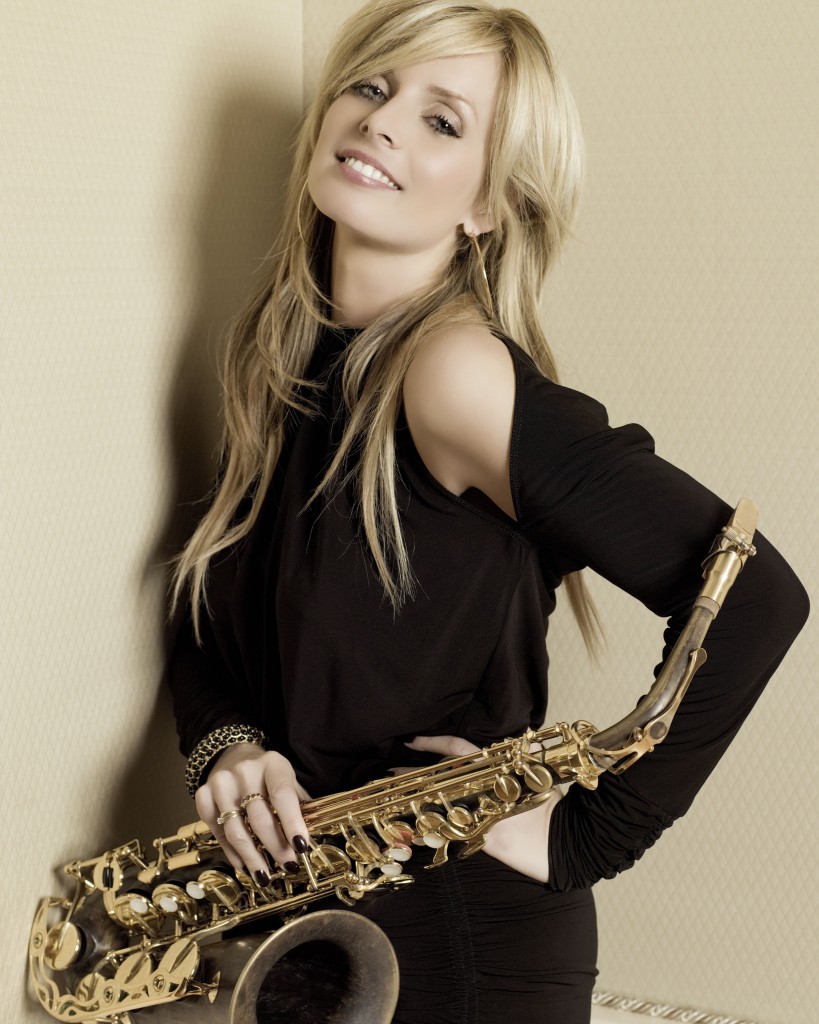 Candy Dulfer – the most photogenic sax player ever?

After the eighties, the sax dropped out of the limelight with only the occasional sax player shining through; for instance Clarence Clemons from Bruce Springsteen’s E Street Band. However, most people have a favourite sax song or solo, whether it be ‘Baker Street’, ‘Will You’ by Hazel O’Connor and Wesley Macgoogan, ‘Lily Was Here’ by Candy Dulfer and Dave Stewart or maybe just the sexy sax intro to George Michael’s ‘Careless Whisper’.

(click on the links to listen to the short musical extracts): –

Al Klink’s and Babe Russin’s shared tenor solo on Glenn Miller’s ‘String of Pearls’ was overshadowed on this record by the fantastic trumpet solo of Bobby Hackett, but nevertheless this is a great performance. Klink and Russin perform their solos alternately over a simple 12 bar chord sequence with only a slight overlap at the end of the 4th bar.

The baritone sax was the standard solo instrument on a lot of the early Motown recordings. 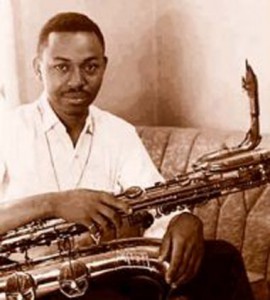 Motown had two session baritone players – Thomas ‘Beans’ Bowles and Mike Terry. The Motown solos were never very long and have often been described as clumsy or technically lacking. Nevertheless, these solos are an integral part of the original ‘Motown sound’ and anything more elaborate would have detracted from the overall feel of those records. This is Mike Terry’s solo on the Supremes’ hit record – Where Did Our Love Go?

Where Did Our Love Go baritone sax solo

This is Graham Bond’s emotion filled 12 bar alto sax solo on “Night Time Is The Right Time” by Alexis Korner and Blues Incorporated. Technically, there is nothing outstanding about the solo. For four bars (from bar 6 through to bar 9) Bond repeats the same note (upper register G on the alto) over and over but he really bares his soul throughout the twelve bars. 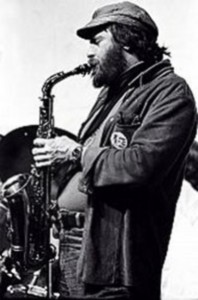 One of my all time favourite sax solos is Phil Woods’ alto part on ‘Dr Wu’ by Steely Dan. Everything about this solo is perfect – both in the phrasing and in the choice of notes. Phil uses almost the full range of the instrument from top E down to bottom B throughout a fairly complex chord sequence. Phil Woods was a much sought after session musician in the seventies and eighties and was often used by Donald Fagan and Walter Becker in Steely Dan sessions. Apparently Phil floored Becker and Fagan with this solo on the first take. It was rumoured that that Fagan was so dumbstruck by the performance that he asked Woods to play it a couple of more times just so that he could hear it again. Phil Woods also played alto sax on Billy Joel’s ‘Don’t Go Changing’.

Here’s another great baritone sax solo which actually comes at the end of the record and is unfortunately used as a fade out. The solo is by Ronnie Ross on Lou Reed’s ‘Take a Walk on the Wild Side’

Take a Walk on the Wild Side baritone sax solo 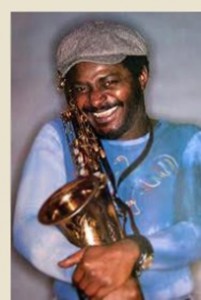 I recently heard a fantastic tenor solo by Pee Wee Ellis for the first time on Youtube. The solo is on a live version of Van Morrison’s ‘Tupelo Honey’ and far outshines the solo on the original studio recording. A lot of the notes in the second part of the solo are in the altissimo register – in other words, above the normal range of the sax. You’ve got to be really good to play an altissimo solo the way Pee Wee does! Van Morrison, a fairly ordinary sax player himself, often performs solos on his own recordings. But when he does use session saxophonists he certainly uses the best. Pee Wee Ellis, an American, was originally with the James Brown band but now lives about 10 miles from me in rural Somerset.

I’ve been scratching my head trying to think of sax players from the north east who have become really famous, either as part of a north east band or as an individual musician but none instantly spring to mind. Anyway here are three north east saxophonists I know of who do deserve a mention: – 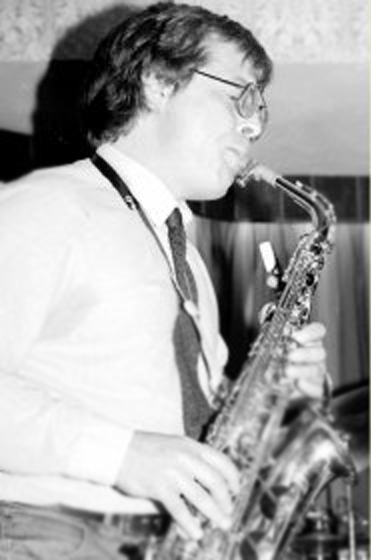 Nigel Stanger was one of the most gifted and respected sax players to have come out of the north east. William John Nigel Stanger, otherwise known as Nigel was born in Newcastle in 1943. In the early sixties Nigel played sax on the Newcastle jazz circuit at clubs such as the New Orleans and Downbeat with the likes of Alan Price, Chas Chandler and John Steel. In September 1963, Nigel left Newcastle to study at Oxford University. He went on to play sax with Alexis Korner’s Blues Incorporated, John Mayall and Georgie Fame. In the seventies and back in Newcastle, he played regularly with the Newcastle Big Band. Sadly, Nigel died of cancer in March 1999 aged just 56. Nigel is fondly remembered for his great solo work on both alto and tenor saxes. More information about Nigel can be found here.

A north east tenor sax player I’ve mentioned elsewhere on the site is Bernie Walsh. If it hadn’t been for Bernie who I saw performing with Paul Ryan and the Streaks back in the early sixties I may never have subsequently played in north east bands. After playing with the Streaks and touring with them on the ‘Geordie Sound Show’ in 1964/5, Bernie did a year’s stint with the resident band at the Mecca ballroom in Edinburgh. On his return to the north east in 1966 he played in the Gregg Burman soul band for a couple of years. In 1968 he joined Medium, the resident band at Ray Grehan’s Crescendo Club in Whitley Bay. This was followed by a period in a band called Brass Tax. After a break of around 3 years, Bernie joined the Ray Stubbs Allstars on tenor sax. Amongst other venues, the band did a regular Monday night spot at the Corner House in Heaton for about 8 years. 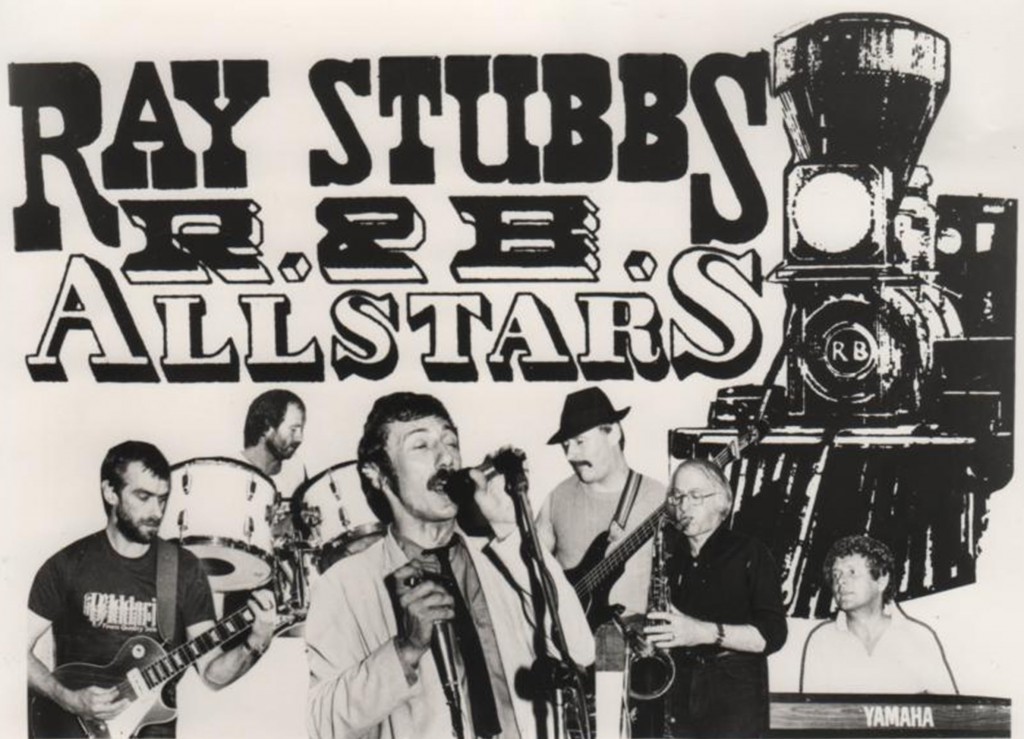 Neil Perry is well known in the north east, mainly for the 20 or more years he played tenor sax with the Junco Partners from the late seventies onwards. Prior to that Neil was with the Georgia Quintet, Quincy and the Jub Jub Click Band. Following a period of ill health Neil has resumed playing again and the last I heard he was working with the Proper Boys. Here’s a great video of Neil performing with the well known blues man – Eric Bibb.