By the beginning of 1968 soul music was losing popularity in clubs and dance halls and bands playing the standard Wilson Pickett, Sam & Dave, Otis Redding and Eddie Floyd type numbers were definitely on the way out. This was bad news for sax and trumpet players. Progressive bands with horn sections such as Blood, Sweat and Tears, the Electric Flag and Chicago had yet to make their mark. My next venture was with another traditional soul band, the Technique, this time not with Jimmy Hall but with a different trumpet player.

On the 8th January 1968 I answered an advert in the Sunderland Echo posted by a band who were looking for a sax player. A day or so later a guitarist named Brian Swalwell came to see me following my response to the advert. Brian played for a band called the Technique (formerly the Five Links) who, according to him, were soon to turn professional and relocate to London. I auditioned with the band and started gigging with them the following week. My first gig with the Technique was at the New Cellar Club, South Shields on the 18th January 1968.

The line up of the Technique was Brian; a vocalist named Stuart Box, Dave Ellison on drums, Davey Graham on bass, Mark Adcock on trumpet and his brother Bob on organ. The band were very competent and had a bit of a following in Sunderland but for some reason didn’t seem to have the same appeal as my previous two bands. Their repertoire consisted of standard soul numbers by Otis Redding, Wilson Pickett, Sam and Dave and the like. Perhaps they were a year or so behind other local bands who, at that time, were slowly moving away from soul. Nevertheless, the Technique had three or four gigs a week and I enjoyed playing alongside Mark. Together we sounded as good as any other horn section in the North East at that time. Mark’s brother, Bob, was an excellent keyboard player and really made the most of his Hammond organ.

Listen to the Technique playing Sock it to em JB

The Technique played regularly at the New Cellar Club in South Shields plus a variety of venues all over County Durham and Northumberland. On 18th February 1968 the band recorded some tracks at Impulse Studios in Wallsend. The studio was owned and run by Dave Wood who was also the main sound engineer. Dave later became involved with Alan Hull and Lindisfarne, raising their profile both locally and nationally. 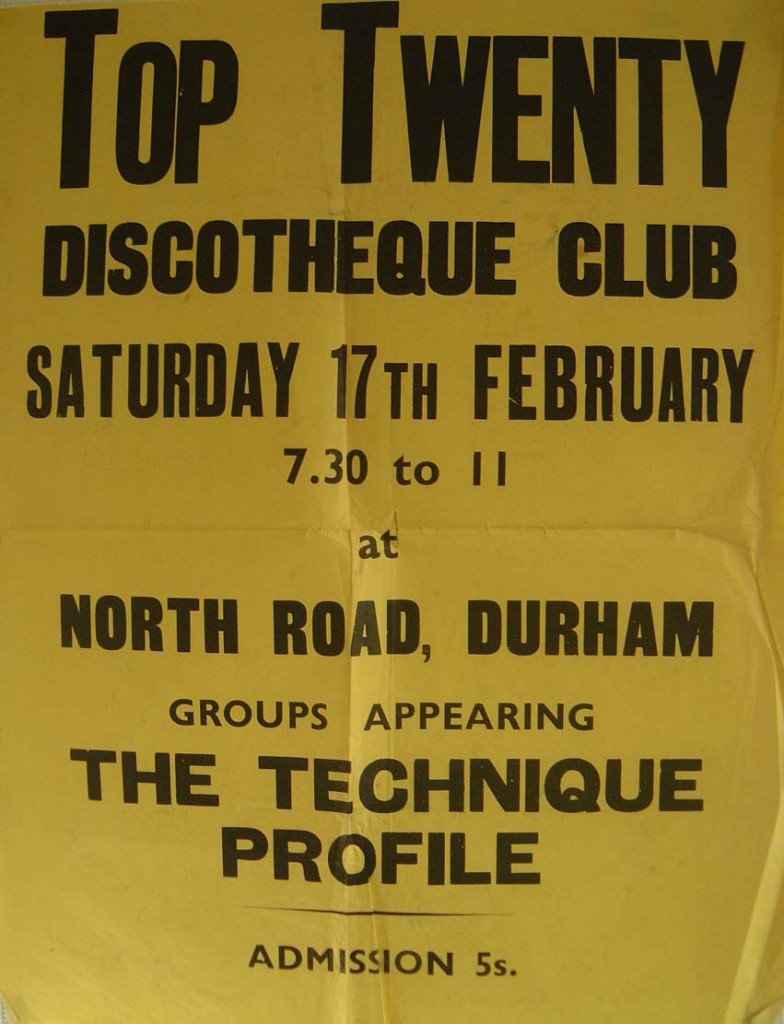 One of the best places I played with the Technique was a holiday park south of Berwick upon Tweed called Haggerston Castle. There was a large dance hall with a stage at either end. Each Saturday, two bands would appear at the venue; often one from Scotland and another from south of the border. Coaches full of people were brought to the dance from Scotland and from the Newcastle area, picking up people in other towns on the way. The place was always packed and any trouble between rival Scots and English punters was quickly sorted out by enormous bouncers who were the first in the area to use two way radios.

By March I had some doubts about the Technique’s ability to cut it in London. Not because of the musical ability of the band members but because, with the type of music they were playing, it would have been an uphill struggle to compete with the hundreds of other bands trying to make the big time. I decided to leave to take up the offer I’d had to start a band with some musicians from Newcastle. My last gig with the Technique was on the 21st March 1968.

After I left, the Technique did go to London. Here is a Sunderland Echo article dated April 2004 about singer Stuart Box after he and the band left the north east: – 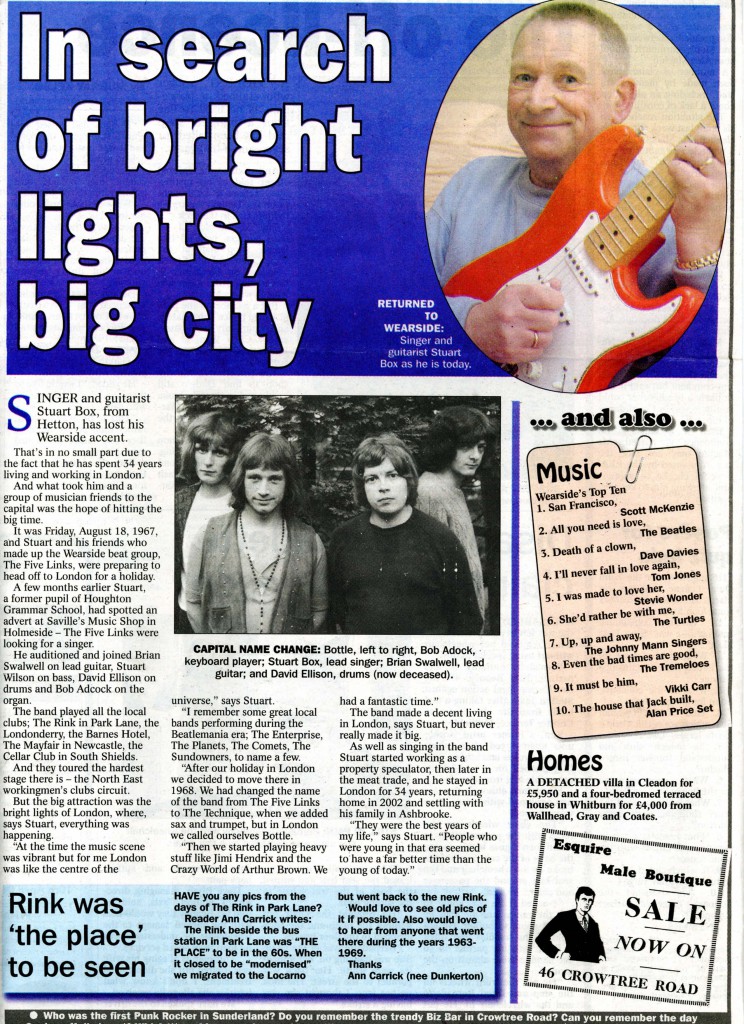