During the time I was gigging with the Technique in the early months of 1968, Mike “Alfie” Larkin was busy recruiting musicians for his new band. In addition to himself on drums, he got hold of the guitarist, bass player and keyboard player from the disbanded Newcastle group “Bert’s Apple Crumble”. Peter Bell, from James South was to be the vocalist with myself and Jimmy Hall as the horn section.

I suggested “The Village” as a name for the new band. I had a mental image of everyone dressing up in blazers and white trousers like Patrick McGoohan from the popular sixties series “The Prisoner”. The name stuck but I couldn’t convince the others about the outfits. So what was the fashion for bands in 1968? Well the Mod era had been and gone. No more button down shirts and hipster trousers. Flower Power was a 1967 phenomenon but brightly coloured shirts and flares were still fairly fashionable. One of the first things we did after we started gigging was to visit a tailors’ shop in Stanley, County Durham and get measured up for some flared trousers in contrasting colours. 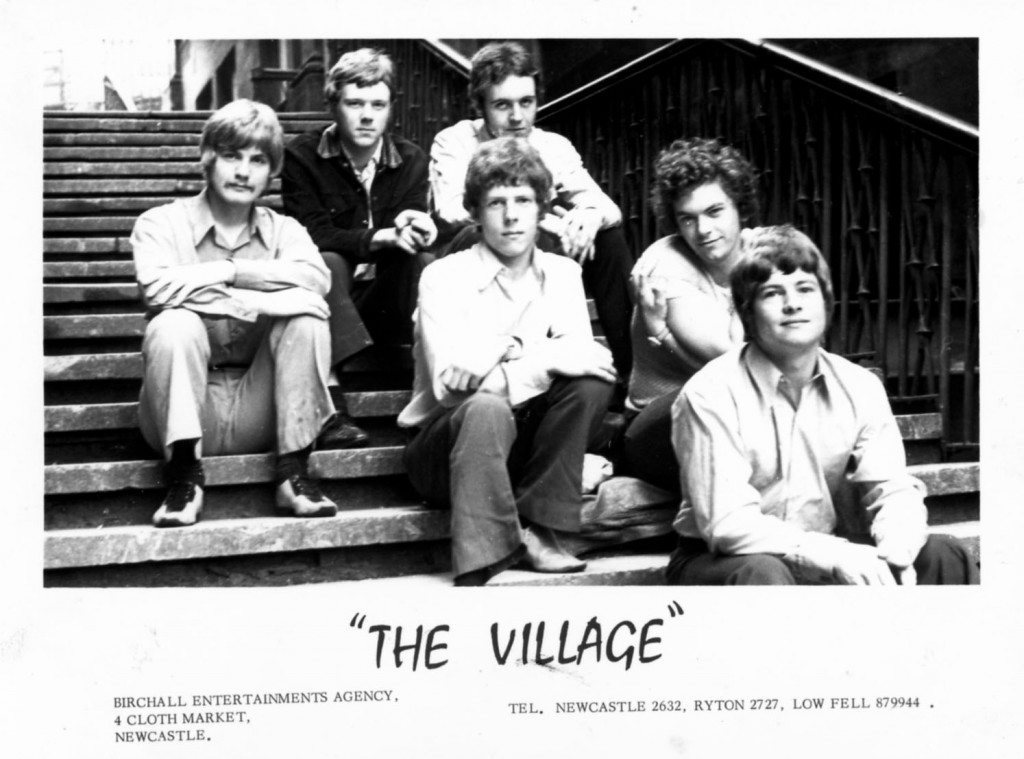 Village publicity photo taken in the quay side area of Newcastle

The Village’s first full rehearsal was above a Snooker Club in the Byker area of Newcastle. The first number we practiced was the soul classic ‘Mustang Sally’. Years later when I first saw the Commitments movie I couldn’t believe the similarities in their first rehearsal and ours. Another number we tried was the Vanilla Fudge version of the Supremes “You Keep Me Hanging On”. Neither song made it to our set list but trying both songs helped us decide that we’d stay away from mainstream soul. A few weeks later when we started gigging our repertoire contained a lot of material poached from the Alan Bown Set, a popular club band in 1967 and 1968. I had seen the Alan Bown Set a few times and decided that they would be a good band to emulate. Their brass section (Bown and a sax player name John Anthony (Helliwell) who later played with Supertramp) were superb. Not only did they sound excellent, they also had a great stage presence. Their vocalist at that time was Jess Roden who was later replaced by the legendary Robert Palmer. When I first saw them in 1967 they were doing mainly soul covers but in 1968 they were writing a lot of their own material. Some of Alan Bown Set numbers covered by the Village were “Technicolour Dream”, “I’m Gonna Fix You Good”, Curtis Mayfield’s “I Need You” and their versions of Dylan’s “All Along The Watchtower” and Dion DiMucci’s “My Girl The Month of May”. Other numbers on the Village’s set list were; “Love is a beautiful Thing” by the Quik, Jimmy Cliff’s “Give a Little, Take a Little”, Sam and Dave’s “You Got Me Humming” and “Get Ready” and “I know I’m Losing You” by the Temptations. 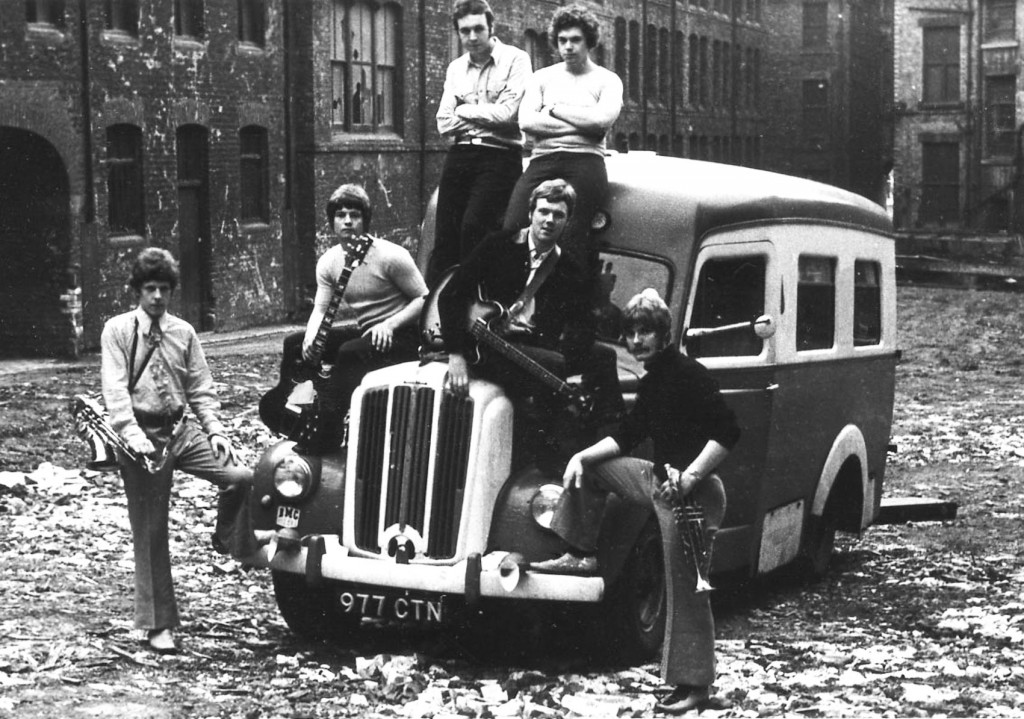 The Village’s transport – an old ambulance painted blue and cream

The Village’s first gig was at Balliol Youth Centre in Longbenton, Newcastle on Friday 22nd March 1968. The line up was Peter Bell vocals, Dave Winter on guitar, Keith Penfold on bass, Mike Larkin, drums and myself and Jim Hall on horns. The keyboard player left after a short while and wasn’t replaced.

The Village stayed together for about nine months, travelling to gigs in the North East and Cumbria in an old ambulance. We averaged around three gigs per week, most of which were through the Ivan Birchall Agency in Newcastle. Some of the better ones were; The Rex Hotel at Whitley Bay (which usually offered two or three consecutive gigs over a weekend), Haggerston Castle, the 101 Club, Carlisle, the Mayfair ballroom in Newcastle and the Club a’GoGo. One of the worst was at the Cellar Club in Hartlepool in September when the whole place erupted in violence and we were all lucky to escape without serious injury. 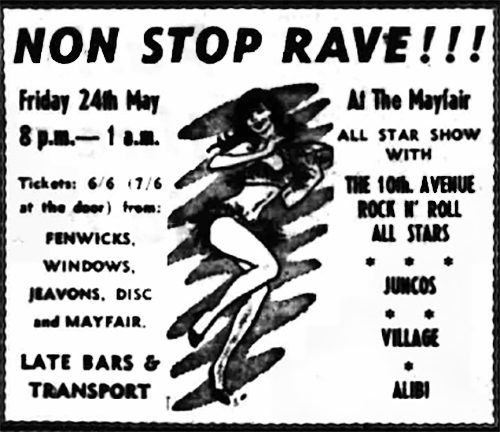 Towards the end of 1968 there were a few disagreements among the band members resulting in the departure of Dave Winter and Mike Larkin. They were replaced by Ray Coulson on guitar and Brian Gibson on drums, both from the Gateshead area. The band went on for a few more months with the new line up and finally broke up in December 1968. 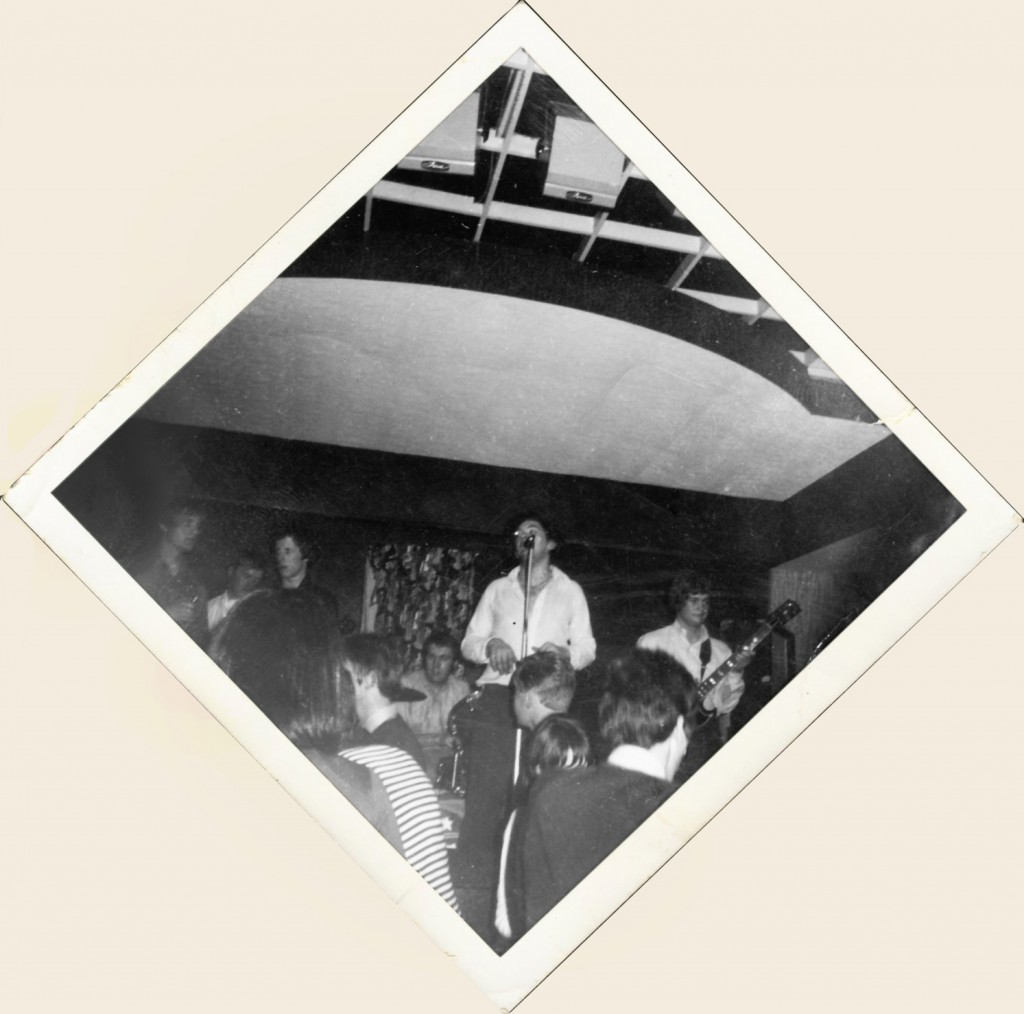 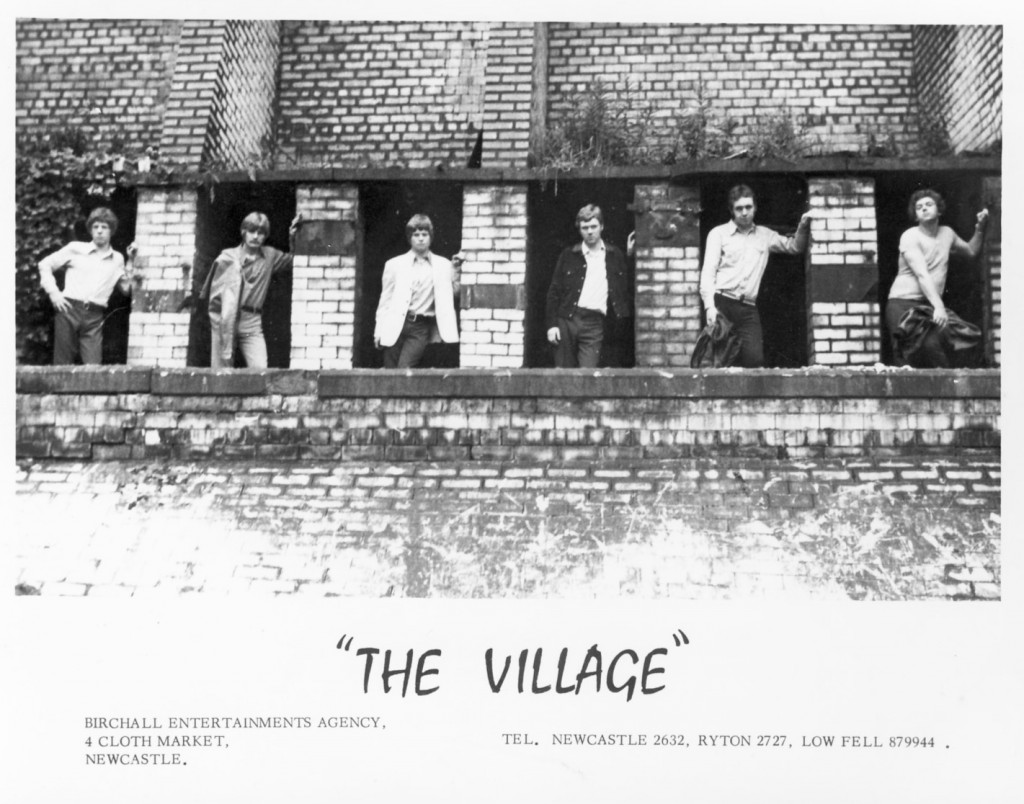 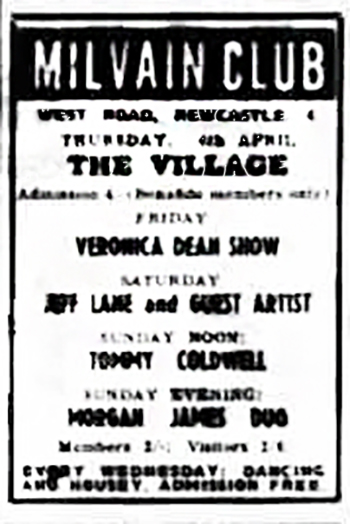 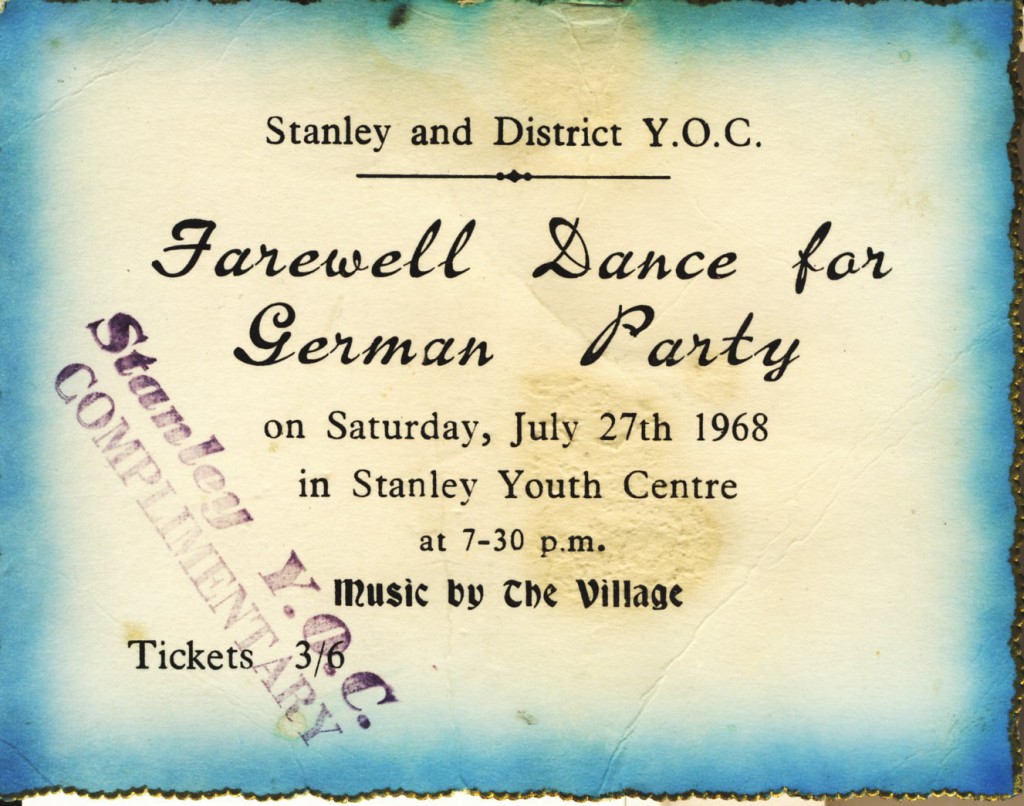