A couple of my previous blogs have revisited people, events and bands in the north east music scene from 50 years earlier ( What Goes Around Comes Around – 1966 and The Summer Of Love – 1967). For no particular reason I skipped 1968. So here we go again reminiscing about things that happened 50 years ago, this time taking a look back at 1969 and, in particular, the summer of that year.

At the beginning of 1969 I was without a band. My last one, Village who I’d been with throughout 1968 had broken up or more accurately had fizzled out. In the early months of ’69 while Bryan Adams was contemplating his first real six-string, I got together with six other musicians. Some of the guys I’d played with before and some I hadn’t. In addition to myself, there was trumpeter Jimmy Hall, Brian Gibson (drums) and Ray Coulson (guitar) from Village. Bassist, Tom Hill from Lusika State Group, Hammond organist Pierre Pedersen from Coloured Rain and a vocalist named Rob Rudd. The new seven-piece band was named Sneeze. (A few years later Tom Hill and Brian Gibson formed the chart band Geordie with erstwhile AC/DC front man Brian Johnson.)

Sneeze’s initial repertoire was a collection of songs that band members brought from their previous outfits – a random collection of Soul, rock and pop. Some of the material was well suited to the Sneeze line-up of a Hammond Organ and a sax/tumpet brass section. But some wasn’t. Mixing songs from heavy rock/blues bands such as Cream and an early Fleetwood Mac with middle-of-the-road soul numbers from the likes of James & Bobby Purify and the Isley Brothers probably wasn’t such a good idea. In spite of the diverse set list, Sneeze did quite well with the local venues, getting a lot of booking through the Ivan Birchall Agency. 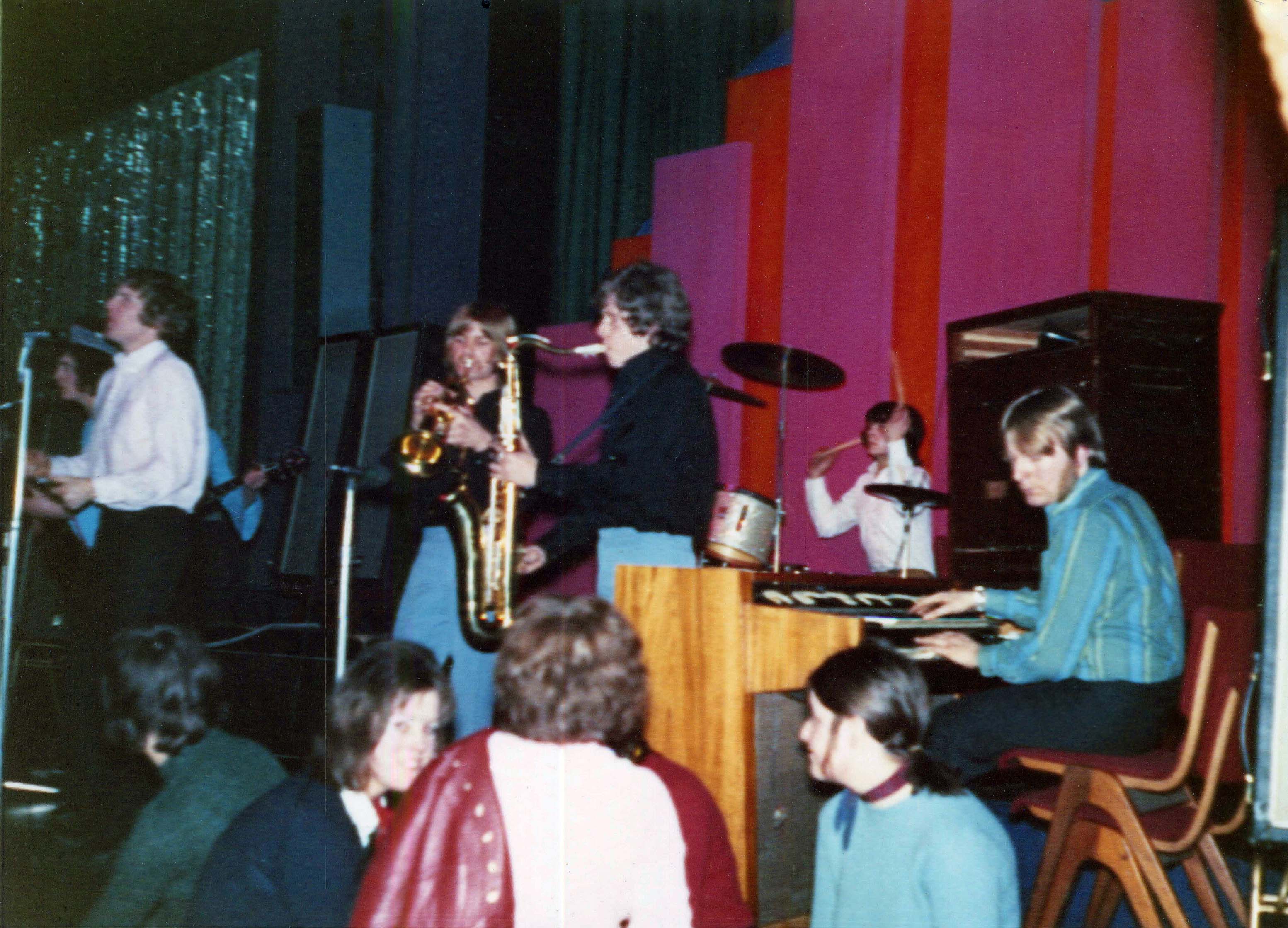 The top local bands in Newcastle at the time – the ones getting the best bookings were still the Junco Partners and the Sect. So competition was quite stiff. The top venues in Newcastle that year were the Mayfair Ballroom and a newly opened Change Is club. As a local musician, Newcastle’s colleges and the University were always great places to perform at.

From my experience of playing in bands, I’ve found that the ‘honeymoon period’ lasts for around six months or less. After that blissful period in which band members are getting to know each other’s good and bad points, the band usually drifts into a state where it is constantly on the verge of breaking up or changing its line-up. Invariably this is because of conflicts between individual musicians. Sneeze’s initial vocalist Rob Rudd left the band after a few months and was replaced by Rod Foggon from the band Peter’s People.

With the change in vocalist there was also a drastic change in the band’s image and music. Out went the soul and pop and in came progressive music – covers of songs by Blood, Sweat and Tears, Electric Flag, Chicago, Santana, Steve Miller Band, Jethro Tull and Spirit. One of Sneeze’s biggest crowd pleasers was a cover of ‘I’ve Got A Line On You’ by Spirit. Decades later Jimmy Nail, who in his youth frequented the Mayfair Ballroom, remembered Sneeze’s version of this song while writing his autobiography. This is what he said in his book ‘A Northern Soul’ when recalling bands he had seen at the Mayfair: –

“Sneeze with their cover of Spirit’s ‘I Got A Line On You, Babe’ and Rod Foggon on vocals – he sounded great and really looked the part”. 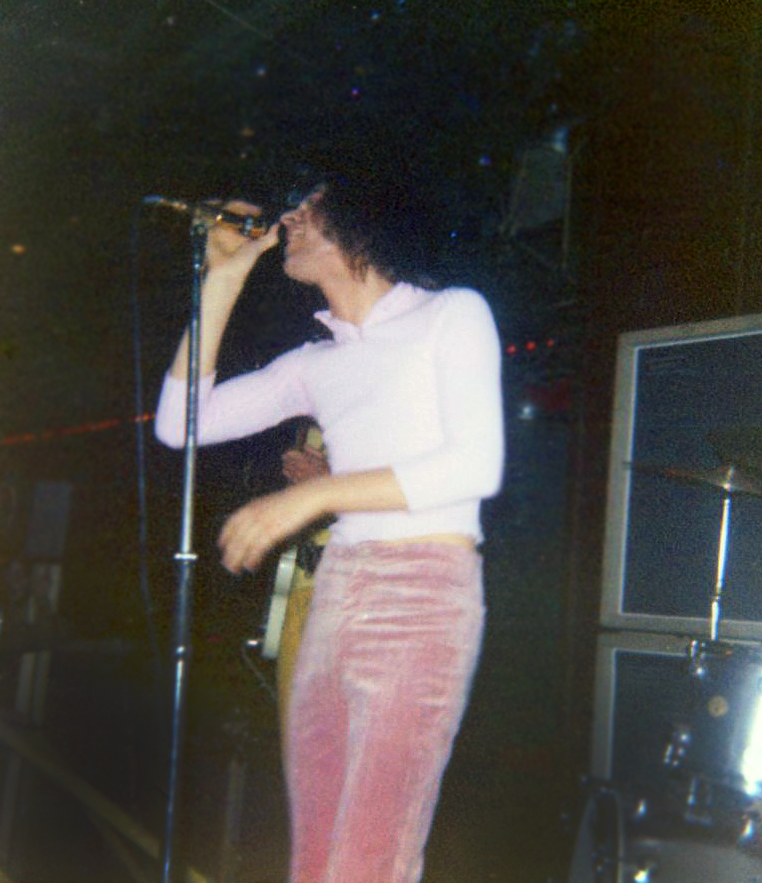 It wasn’t too long before two other members of Sneeze departed. Bassist Tom Hill left to form his own band, taking guitarist Ray Coulson with him. But before Tom and Ray left in the summer of ’69, one of the highlight gigs that year was a free concert on Newcastle’s town moor in front of an estimated crowd of between 7,000 and 10,000 people. The concert took place on Sunday 3rd August.

Apart from Sneeze at least two other bands were scheduled to appear – Gin House and the Junco Partners. In fact, one of the concert’s organisers was John Woods, the Junco Partner’s drummer. To date I haven’t found any advance adverts for the concert in Newcastle Evening Chronicle archives. It intrigues me as to why so many people were there – was it through word of mouth or the presence of posters in the town? I think it’s more likely that local interest was pumped up by a headline and newspaper article which appeared in Newcastle’s Evening Chronicle on the Wednesday before the concert. 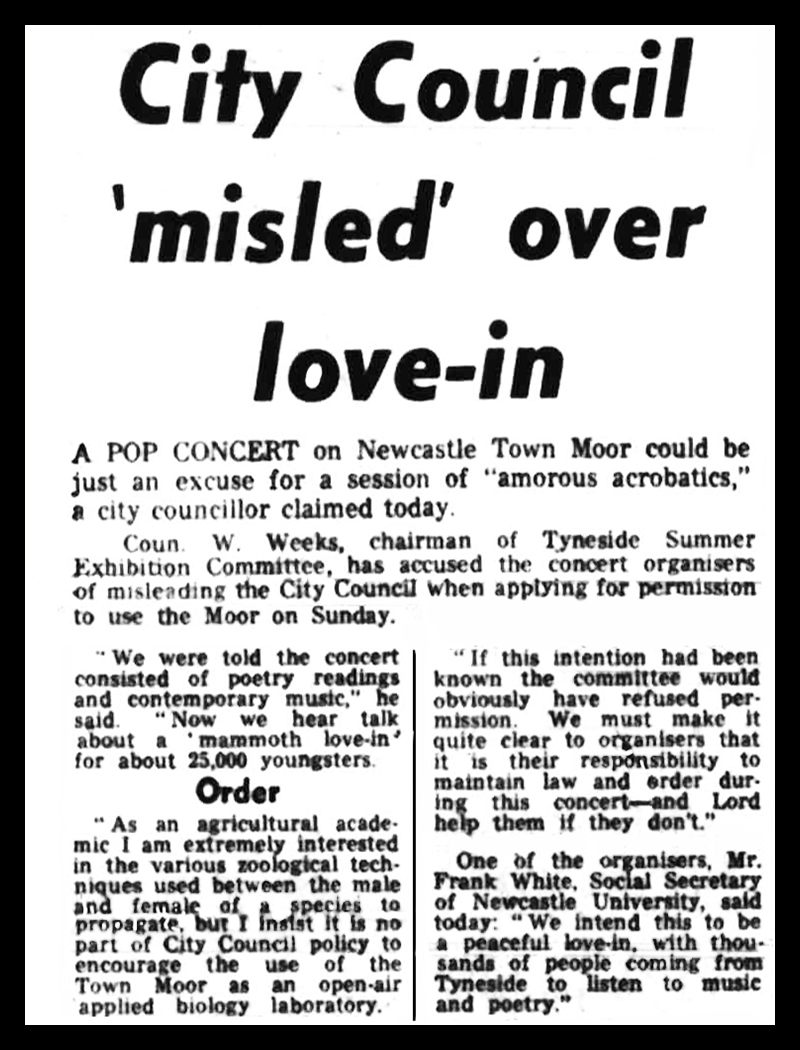 So there you have it. How could the youth of Newcastle and beyond resist an afternoon of al fresco love-making or voyeurism in the open spaces of the town moor? And as for Agricultural Academics – I bet they turned up in their droves.

A few days after the concert, the following article appeared in the Newcastle Journal. Apart from the photo of a teenage couple in a romantic clinch no “amorous acrobatics” nor anything untoward was reported 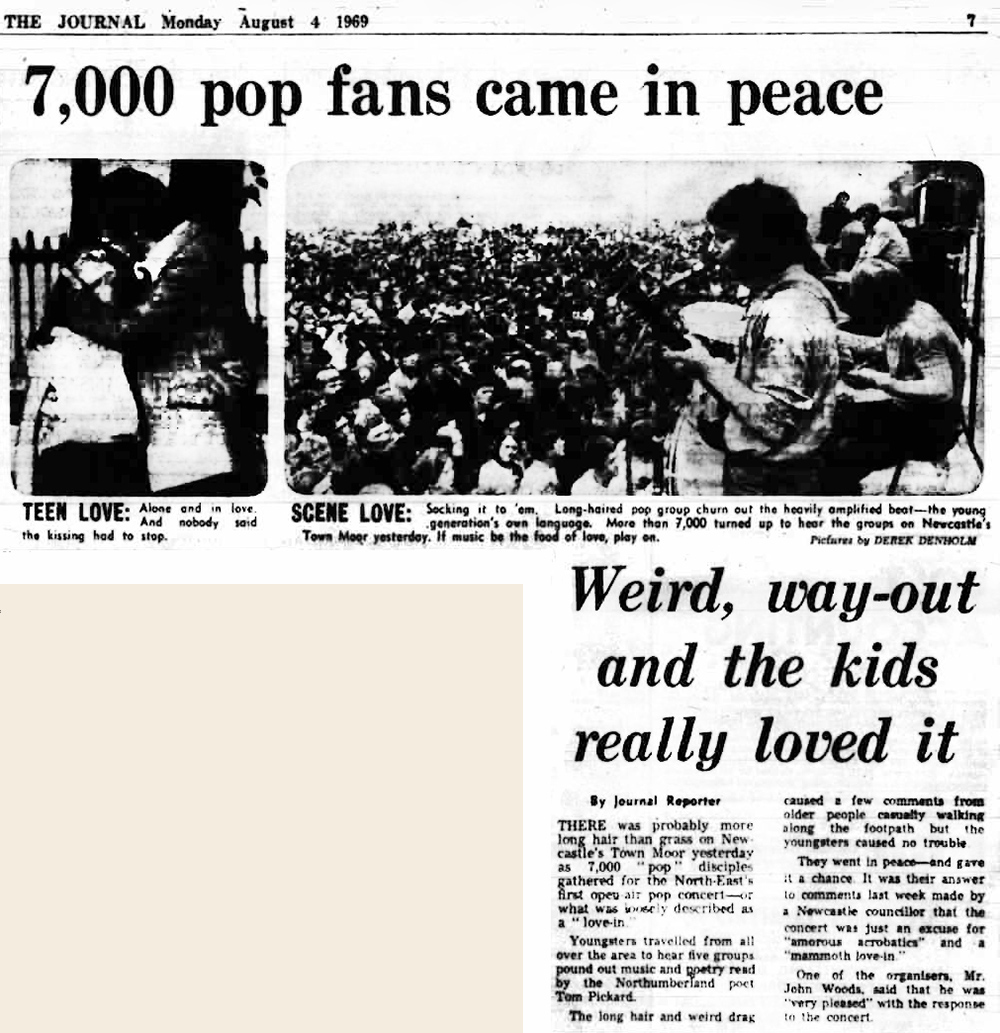 I recall the concert took place on a warm summer afternoon and that there was a really good atmosphere. I certainly don’t recall seeing any rumpy-pumpy from the stage area but who knows what went on during that sultry August afternoon. Here’s some of my own personal photos from the concert: – 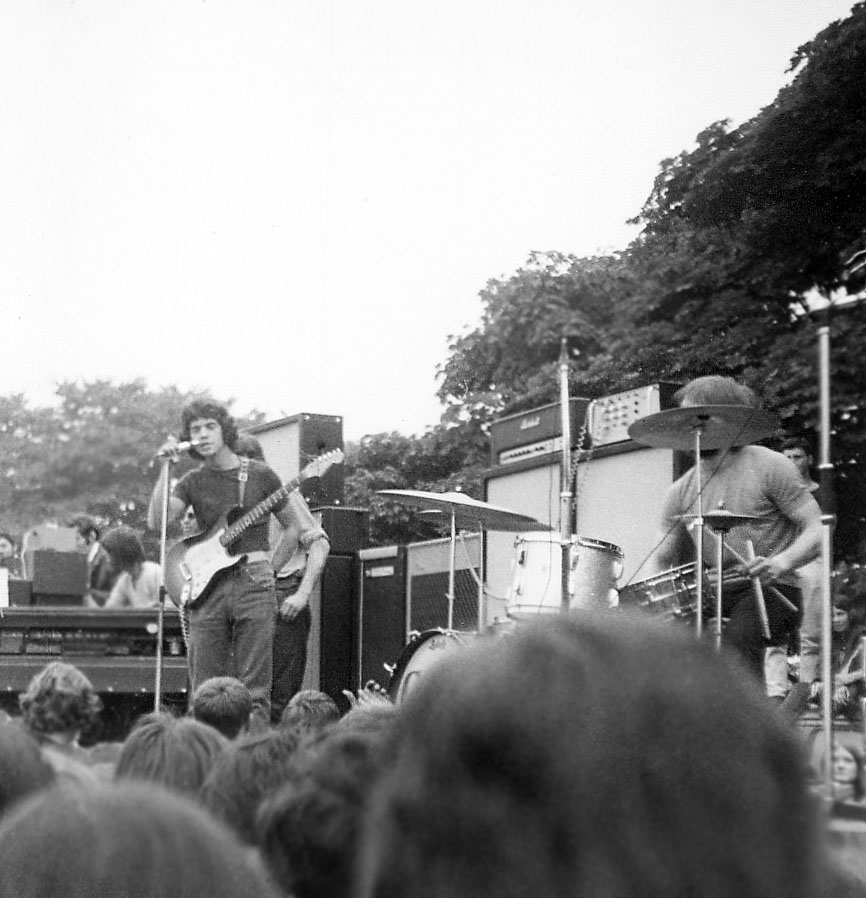 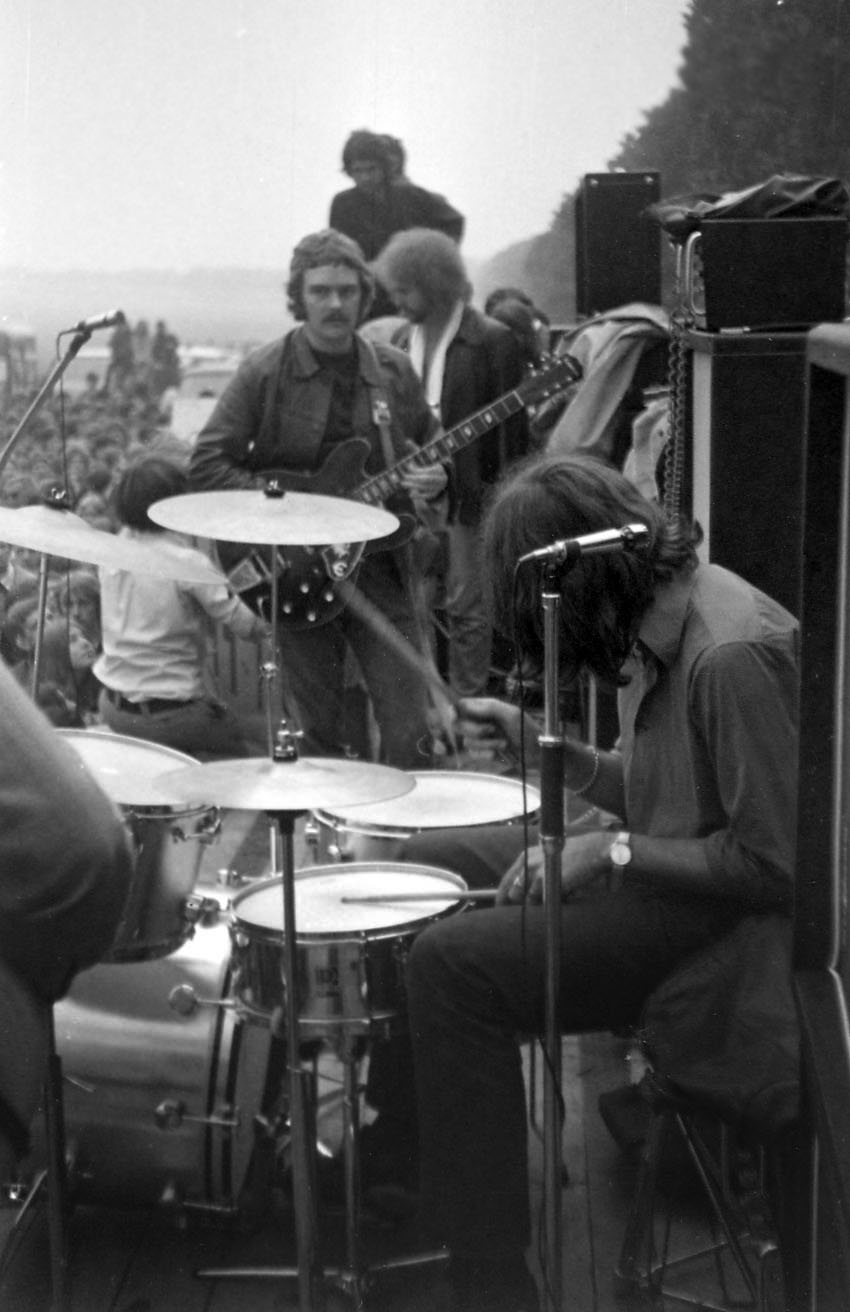 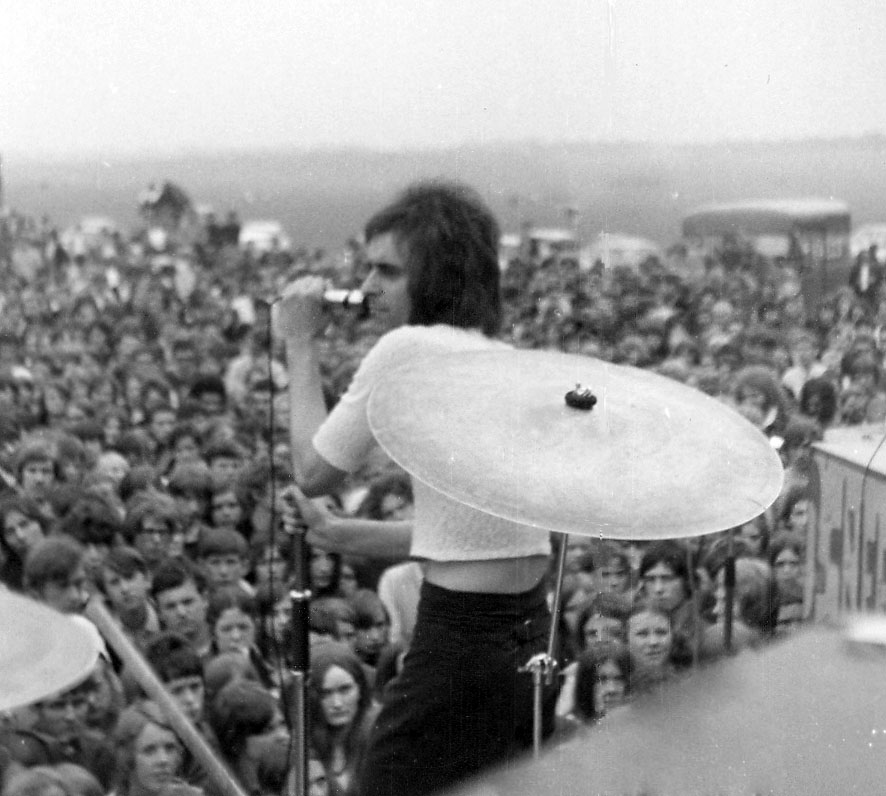 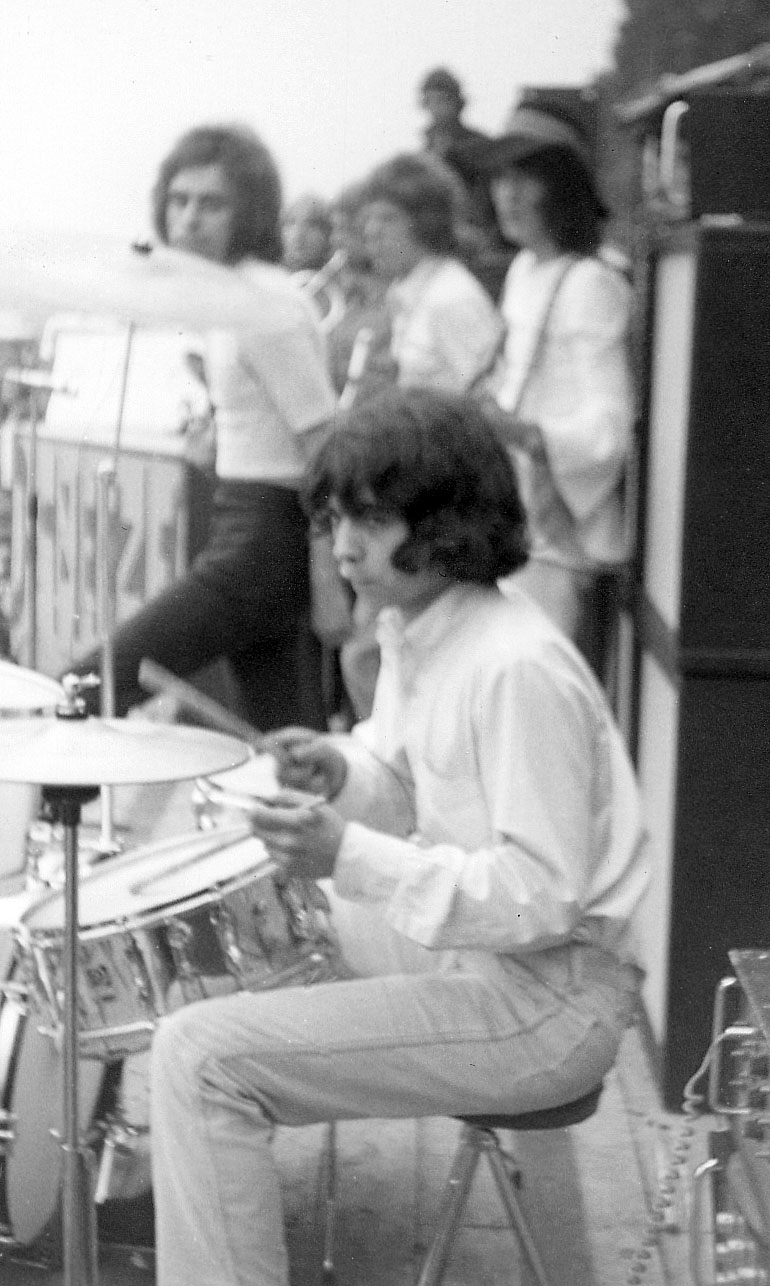 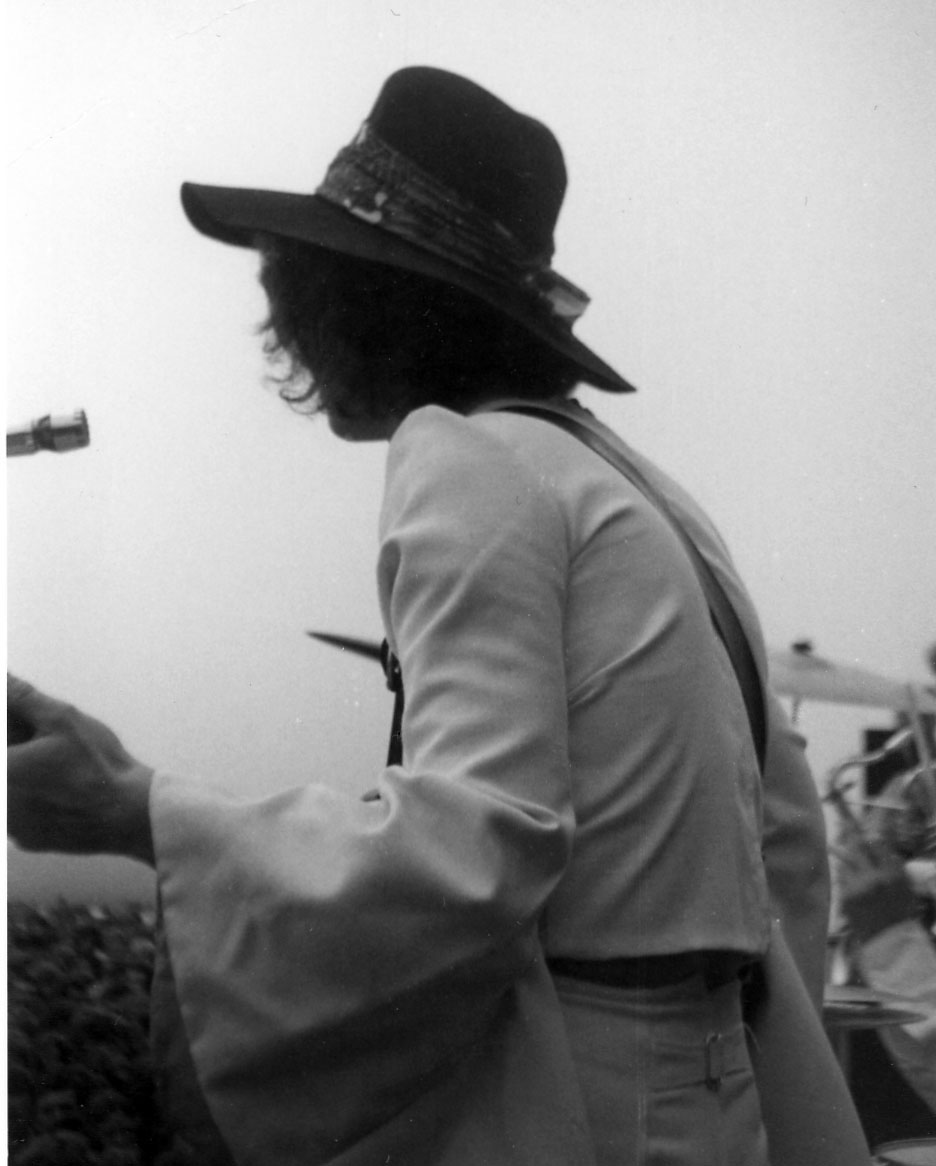 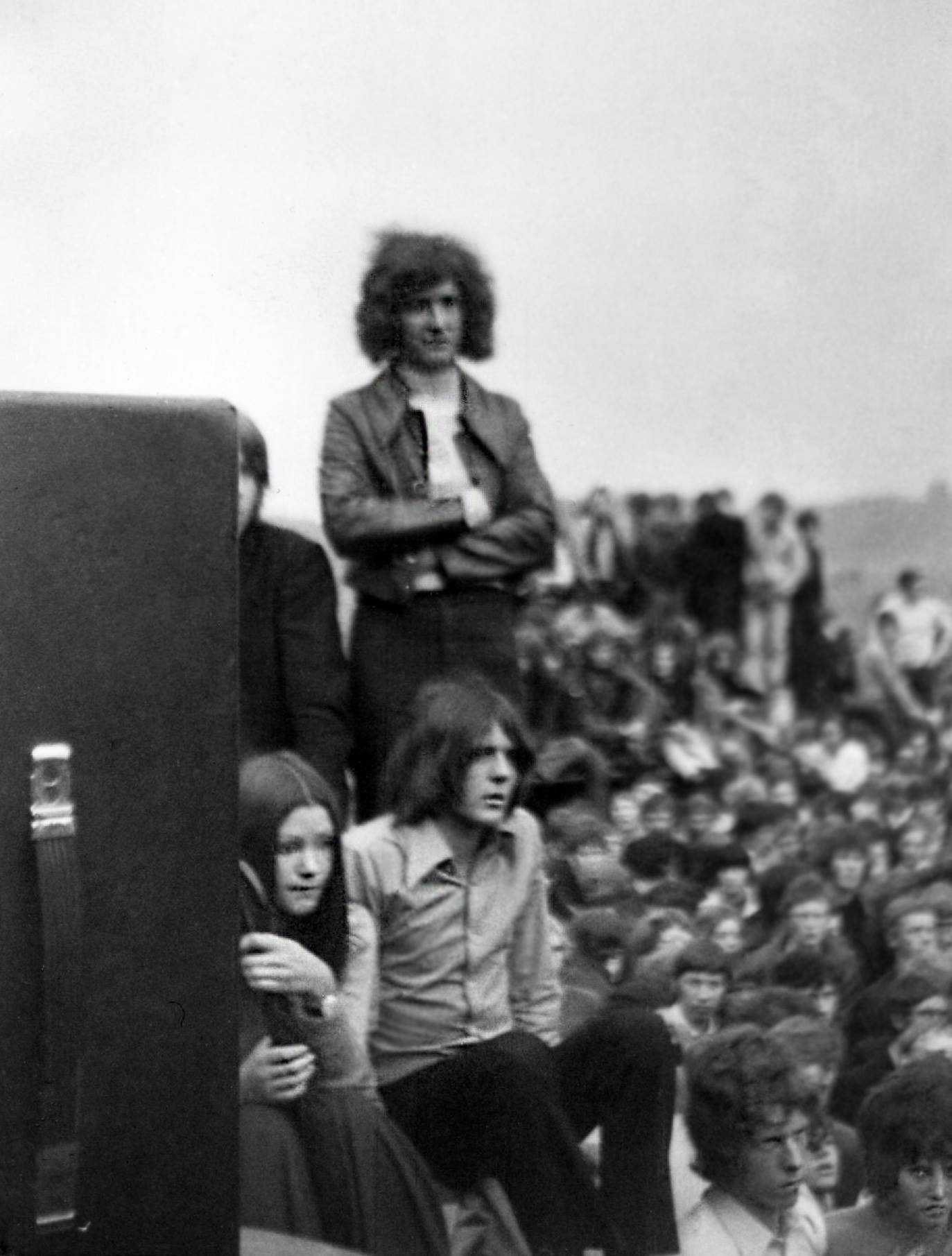 Watching the Juncos from the top of Sneeze’s van: Tom Hill (back), George Irvin from the band Macawber (front middle), Me (bottom right). The girl to the left of George is Margaret (Siefert – I think). She worked at the Ministry at Longbenton.

So that was the Summer of ’69. The memory of that open air concert will stay with me as will a week long residency at Bob Monkhouse’s Change Is club on Bath Lane in which Sneeze appeared alongside the popular folk band, The Settlers.